There's been a lot of speculation about how it will affect the value of your home so we've spoken to those in the know to find out what's really going on. 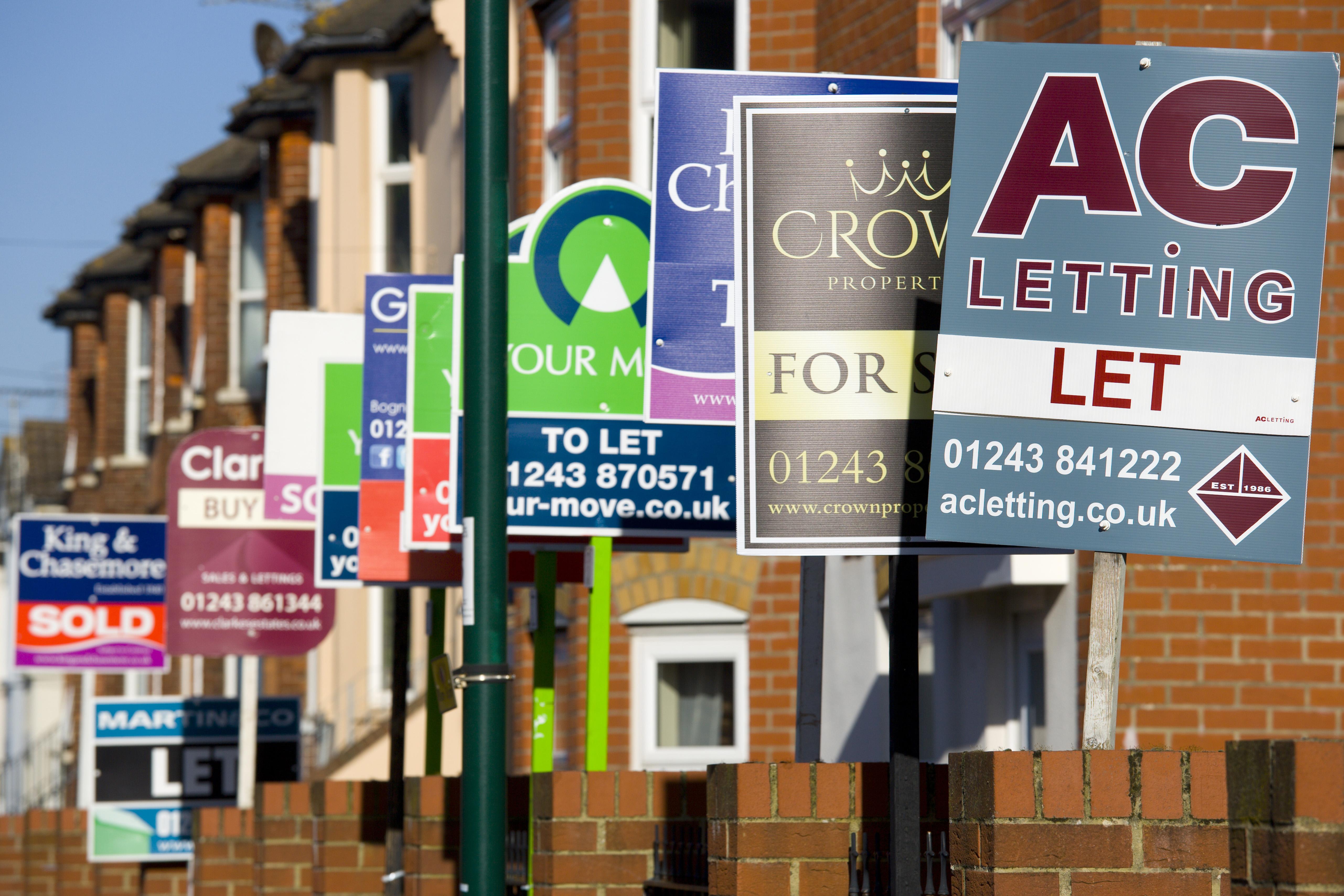 We've already seen house price growth stall in the months leading up to Brexit, with sellers and buyers both holding off until after March 29.

But even though house price growth is slowing down, prices are still rising, particularly in the south of the UK.

Most experts reckon that prices could dip once Article 50 is triggered which puts first-time buyers in a strong position to negotiate a deal.

But homeowners shouldn't worry either as prices aren't expected to stay low for long.

Here's all you need to know about what will happen to the property market once Britain leaves the EU:

Will house prices go down after Brexit?

What happens to the property market after Brexit depends on how whether Britain leaves the EU with a deal, and what type of deal.

Back in September, Bank of England boss Mark Carney, 53, warned that a "no deal" Brexit could see house prices in the UK tumble by as much as 35 per cent.

But it wasn't long before  the Home Secretary Sajid Javid and Matt Hancock, the Health Secretary, ripped into Carney for his pessimistic overview.

While a drop in house prices isn't promising for homeowners, it puts first-time buyers in a strong position to haggle down prices.

"Broadly speaking, a good deal or if Britain decided to remain in the EU is seen as good for the property market.

"This could lead to renewed confidence and therefore more buyers returning to the market which may lead to more offers being made on property and prices rising accordingly."

Will Brexit cause the property market to crash?

Many experts feel that house prices could temporarily dip again if Britain leaves the European bloc without a deal but that it shouldn't last long.

Simon reckons that house prices have already adjusted to reflect Brexit and they're unlikely to change by much.

He told The Sun: "The threat of Brexit alone has been enough to dampen prices. A no-deal Brexit result could leave prices falling further, but its unlikely that the market will crash."

"However, prices could face a short-term dip, particularly in the event of a no-deal Brexit.

"That said, over the long-term the overall stability of the UK property market should prevail and average prices should start to tick up gradually once more."

What does Brexit mean for first-time buyers?

In general, most property experts agree that first-time buyers have never been in a better position.

Potential homeowners can still benefit from a stamp duty relief that sees 0 per cent rate on the first £300,000 of a purchase, and locking in to long-term deals with low mortgage rates.

What help is out there for first-time buyers?

Help to Buy Isa – It's a tax-free savings account where for every £200 you save, the Government will add an extra £50. But there's a maximum limit of £3,000 which is paid to your solicitor when you move.

Help to Buy equity loan – The Government will lend you up to 20 per cent of the home's value – or 40 per cent in London – after you've put down a five per cent deposit. The loan is on top of a normal mortgage but it can only be used to buy a new build property.

Lifetime Isa – This is another Government scheme that gives anyone aged 18 to 39 the chance to save tax-free and get a bonus of up to £32,000 towards their first home. You can save up to £4,000 a year and the Government will add 25 per cent on top.

"First dibs" in London – London Mayor Sadiq Khan is working on a scheme that will restrict sales of all new-build homes in the capital up to £350,000 to UK buyers for three months before any overseas marketing can take place.

Starter Home Initiative – A Government scheme that will see 200,000 new-build homes in England sold to first-time buyers with a 20 per cent discount by 2020. To receive updates on the progress of these homes you can register your interest on the Starter Homes website.

Buyers should use predictions of falling house prices to their advantage as it leaves room for buyers to negotiate with homeowners who are desperate to sell up.

Simon Nosworthy from Osbornes estate agents says: "Brexit has made the property market inviting for first time buyers for some time and arguably things have never been so good for them as prices have been falling and interest rates remain at historic lows meaning that there has never been a better time to buy a property.

"Now is a good opportunity to buy and purchasers should negotiate hard when putting in their offer."

But Daniel Hegarty from online brokers, Habito, points out that if homeowners are reluctant to sell then there will be less stock on the market and as a result, less choice.

But Trussle's mortgage expert Dilpreet Bhagrath added: "Buyers, particularly those looking to get on the ladder for the first time, shouldn’t be put off as there are still good offers to be had in some areas of the country."

Interest rates on mortgages are at an all time low right now.

In fact, rates on two-year fixed rate mortgages have significantly dropped across the market over the past six months in an attempt to attract first-time buyers.

How to get the best rate on your mortgage:

Use a comparison website – Sites like Moneysupermarket and Moneyfacts have mortgage sections so you can compare costs and all the banks and building societies have their offers available on their sites too.

Get a mortgage broker – If you're getting confused by all the deals on the market, it might be worth you speaking to a mortgage broker, who will help find the best mortgage for you. But brokers usually charge a fee, typically between £300 and £400 but could help you save thousands over the course of your mortgage.

Should you lock in? – You'll need to decide on if you want a fixed-deal where the interest you're charged is the same for the length of the deal or a variable mortgage, where the amount you pay can change depending on the Bank of England Base Rate. Mortgage rates are historically low at the moment, while the BoE has plans to gradually increase rates although these could be affected by Brexit.

Don't fall for headline rates – Lenders will only offer the best rates to those with the highest credit scores and history. You should also take into account of any product fees which can typically be around £1,000. These will eat into any savings you make.

But lenders use the Bank of England's base rate as a benchmark for how much interest they charge.

If Brexit causes the pound to drop, the BoE may decided to hike interest rates which will increase your monthly outgoings.

Homeowners can avoid potential bill hikes by locking into a low fixed-rate deal now ahead of any more Brexit decisions.

But Craig Vile, from the ValPal Newtwork which represents 800 estate agencies, reckons homeowners don't need to worry as the outcome of Brexit is "unlikely" to affect the BoE's long-term plans to gradually increase the base rate.

He added: "That said, a no-deal Brexit or any associated bump to the economy following the UK's departure from the EU, could force the Bank of England to delay its plans for an interest rate rise until a steadier position is reached so as not to put the nation’s millions of mortgage holders at unnecessary financial risk."