The water main erupted with the filthy liquid which gushed out onto the road before seeping into nearby shops.

London Fire Brigade officers rushed to the scene to try and help with their pumps to remove the fluids.

Nearby stores on the street included ones called Primbay and Savers. 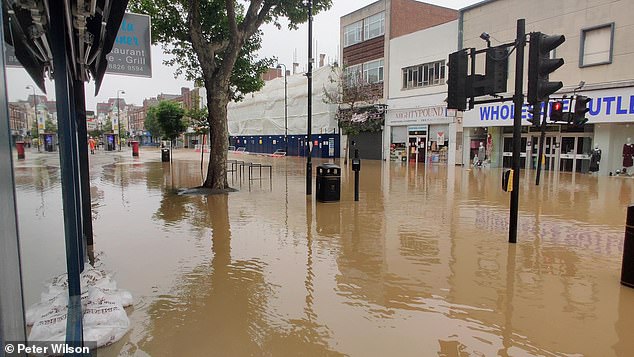 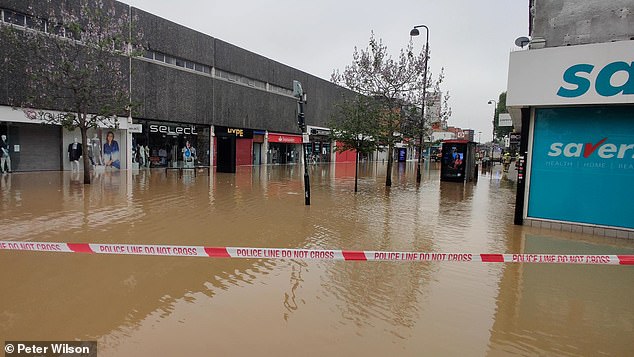 The supply is understood to be run by Thames Water.

There were claims this morning that the problem may have originally started two days ago but got steadily worse.

‘Get your act together thames water’ 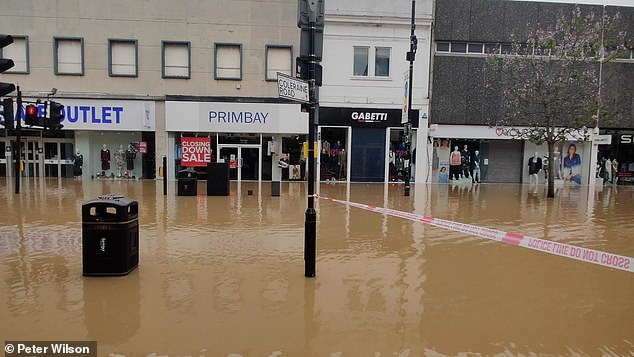 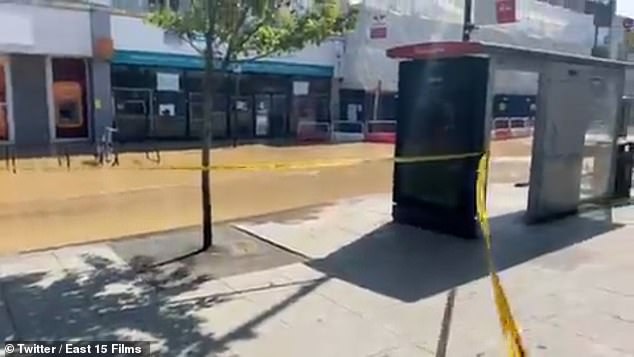 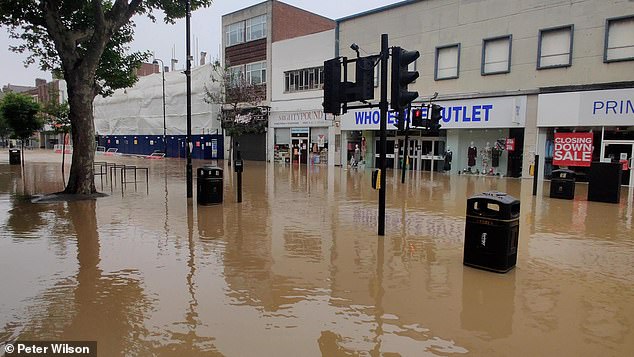 MailOnline contacted London Fire Brigade about their role at the scene but has received no response.

The water running free also appears to have hit families in nearby homes.

Responding to one N22 postcode customer online Thames Water said: ‘Thanks, I’ve taken a look into this and can see that we’re aware of a burst pipe in the area affecting your supply at the moment.

‘We’ll work to get this resolved as soon as we can, sorry for the disruption.’

Thames Water have not yet responded to MailOnline for a response on what has happened or if and why it was not fixed after problems were reported on Saturday.