London: Sharks are living in the River Thames, according to a report on the waterway’s first health check since it was declared “biologically dead” 64 years ago.

Tope, starry smooth-hound and spurdog are shark species that have been identified in the Thames as part of the Greater Thames Shark Project, run by the Zoological Society of London (ZSL).

The project started last year and is still in its nascent phase. It is designed to gather more data on the three elusive shark species that reside in the Thames’s outer estuary. 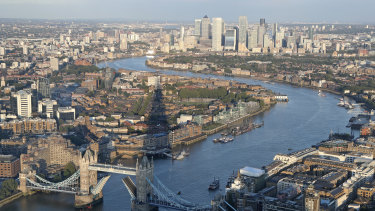 The Shard skyscraper casts a shadow as a tall ship sails down the River Thames towards an open Tower Bridge in London. The river is more than 300 kilometres long.Credit:AP

There are more than 100 species of fish in the 346-kilometre-long river, but sharks are of particular interest because there is a severe lack of data on the size of the populations. It is believed the sharks use the estuary to give birth and nurse their young, and the Thames, therefore, plays a vital role in the long-term survival of the species.

Future versions of the State of the Thames report will likely include details on the number of sharks in the Greater Thames Estuary; their habitats; where they pup; how long pups stay in the estuary; and if the pups born in the Thames return when they are adults to have their own young.

But the report said that the long-term trend of fish in the Thames is bleak, labelling it as “deteriorating” and saying that since the 1990s the number of fish species in the river’s tidal areas has declined.

The cause of this remains unknown, and conservationists are trying to understand the mechanism behind the dwindling biodiversity. 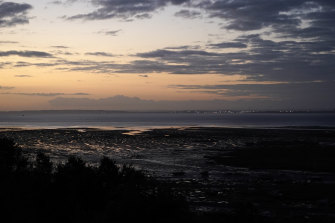 During the last century the Thames became increasingly polluted and by the 1950s was in such a filthy state that it was declared biologically dead.

Alison Debney, ZSL conservation program lead for wetland ecosystem recovery, said: “This report has enabled us to really look at how far the Thames has come on its journey to recovery since it was declared biologically dead, and in some cases, set baselines to build from in the future.

“[In 1957] there were long stretches of the Thames that had such low oxygen concentrations due to all the pollution that entered it, that much of the river was devoid of life. There were certainly no fish living within those parts. A few hardy eels were found.”

But since then, the water quality has shown “some promising developments”, the report authors write.

“Beyond sewage treatment, measures were put in place to limit industrial effluent entering the river untreated and also at elevated temperatures,” added Debney. “Some policy was put in place limiting the use of damaging chemicals such as Tributyltin, an anti-foulant that had a significant detrimental impact on shellfish, such as oysters.”

However, warming temperatures, increasing nitrate levels and plastic pollution still pose a threat to the river and its wildlife.

Liz Wood-Griffiths, from Thames Tideway Tunnel, said: “This report highlights the urgent need for the tunnel, known as London’s new super sewer. The sewer, due to be completed in 2025, is designed to capture more than 95 per cent of the sewage spills that enter the river from London’s Victorian sewer system. It will have a significant impact on the water quality.”

Thea Cox, a conservation biologist at ZSL, said: “It is thought that the young of [tope and starry-smooth hound] use the Thames estuary, and that the area is a possible nursery ground.

“As slow-growing animals that produce fewer young, sharks are especially vulnerable and we’re working to better understand their life histories in the Thames to ensure their long-term survival.”