Amid fanfare and beautiful weather, the U.S. Navy commissioned the USS Mobile warship Saturday at its namesake port in Alabama.

Undersecretary of the Navy James Geurts led the ceremony – a Navy tradition of welcoming new ships into active service — before a limited audience due to COVID-19 restrictions. The event was live-streamed.

Sen. Tommy Tuberville, R-Ala., gave a speech celebrating both the Navy and the ship, which was built by Austal USA in Mobile and christened in 2019.

“Our job is to remind friends and foes alike that the U.S. Navy is the most powerful navy to ever sail the seven seas, and it must stay that way,” he said, adding that “the Chinese are rapidly expanding their fleet,” and the U.S. has to keep up. 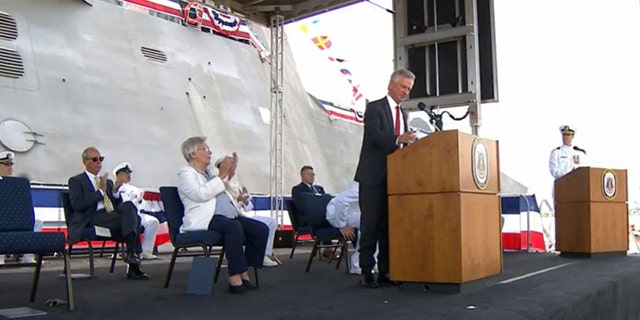 The Mobile is the fifth Navy ship to be named after the city and the second active ship to be built in the same place where it was commissioned, according to the Defense Department.

“It is said that ships take on the personality of their namesake,” Tuberville said. “If you’re from Mobile, you’re known for your fighting spirit and great parties.”

He added that the USS Mobile is “more than just a ship” and represents working families who faced early mornings, late nights and tight deadlines to build and prepare the 421-long vessel for duty. 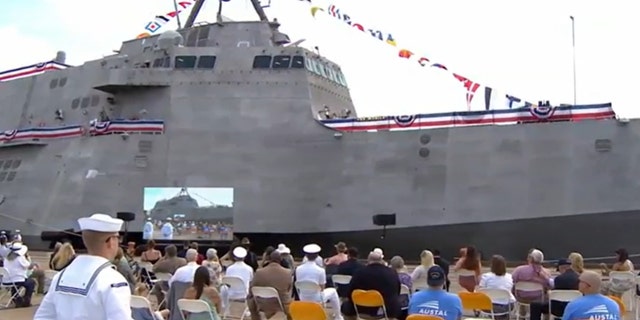 “It has been an amazing experience to get to know our namesake city so well, while having the opportunity to live, work, and commission the ship right here in Mobile, where she was built,” Wolff said in a statement Friday. “We have definitely felt welcomed into the community, and have created a strong connection to the area that I am confident will last.”

He added that Mobile “bills itself as a city that is born to celebrate, and the crew has really adopted that philosophy as we celebrate our shipmates every day.”

The ship will be based in San Diego.