A MUM screamed "I'm dying" as she was savaged by her own American bulldog trying to save her daughter.

The woman in her 40s had her "face ripped apart" by the devil dog during a chilling attack in front of three children. 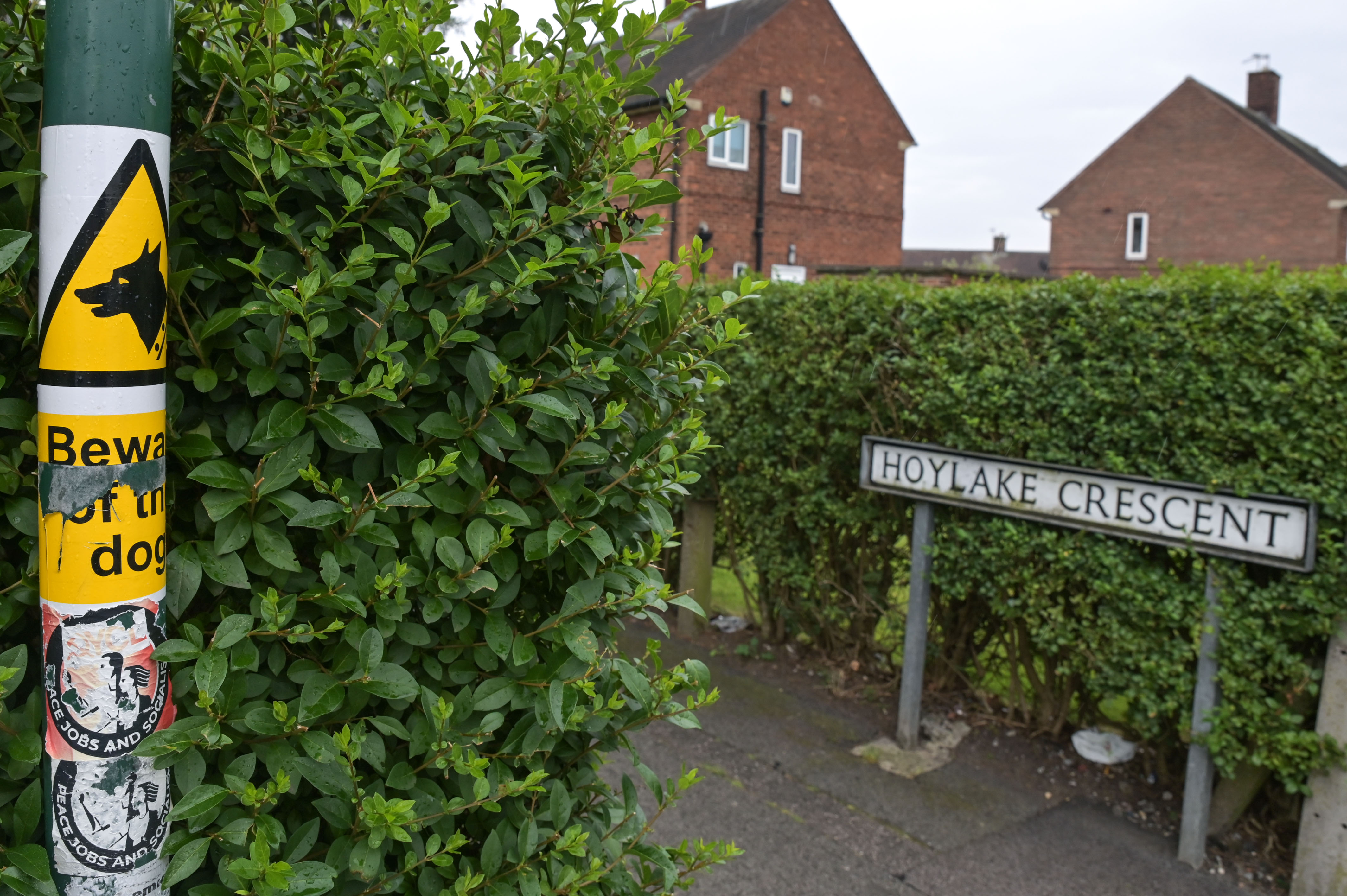 The casualty and her mum were mauled as they tried to protect one of the youngsters from the crazed animal.

One of those in the house at the time was forced to stab the dog to death with a kitchen knife.

And a neighbour whose partner rushed to the family's aid said there was "blood everywhere" as horror unfolded in the Nottinghamshire home.

Jade, who lives close by, said the victim suffered such severe facial injuries she could "see through to the bone".

“The three girls were hysterical as their mum and nana were being attacked," she said.

"There was so much screaming, we could hear it and thought someone was being killed. It was that bad."

Jade's partner rushed over after hearing someone in the house scream: "He’s going to kill her."

And she told Sun Online: “It was after midnight and I heard all this screaming and assumed it was the kids playing late in the garden.

“The screaming was getting louder and louder and I couldn’t make sense of it. I could hear someone screaming, ‘He’s going to kill her.’

"I then heard that person in the garden on the phone to the ambulance saying, ‘She’s going to die’ and I told my boyfriend he had to go round.

"He banged on the door and the grandmother opened it. She said the dog had mauled her and her daughter.

“He could see blood everywhere through the open door. The nana had bites to her arms and legs. I think they were broken.

“He saw the badly-injured woman on the floor in the front room. She was all teeth and flesh. Her face had been ripped off.

"She’s in a really bad way and will needs lots of plastic surgery.”

She said the dog, Zeus, had been friendly with children and played with them in the garden – although always with an adult watching.

"The dog was well looked after and had a free run of the house," Jade said.

"He did his job and if someone knocked at the door he would bark. They had him since he was a puppy."

Detective Inspector Jon Kerry, of Nottinghamshire Police, urged dog owners "not to take any chances" around children after the terrifying attack in Bilborough.

“This was an incredibly distressing incident for everyone involved and we are making enquiries to establish how and why it happened," he said.

“It’s devastating that a woman has suffered such serious injuries caused by her own pet but we can only be grateful that it didn’t result in far worse consequences had the animal been able to attack the child.

“Although we don’t believe that the animal was a banned breed, this is a stark reminder to all pet owners not to take any chances with animals around children, particularly if they have ever displayed violent tendencies.”

In 2019, mum of three Elayne Stanley, 44, was mauled to death by her American bulldogs after a row with her pregnant daughter.

An inquest in April heard neighbours in Cheshire threw bricks at the dogs in a bid to stop the fatal attack.

The animals had already killed another pet and bitten another owner. Ms Stanley's partner had been handed a court order to keep them under control three years before her death.