Forgotten… but not GONE! Litter-picker finds Coca Cola can and Schweppes bottles dating back to 1977 among haul of litter with combined age of 250 YEARS in woodland

A litter-picker found a Coca Cola can dating back to 1977 in a haul of of litter with a combined age of 250 years while strolling in woodland.

Jason Alexander was walking in the remote rural area near his home in Ipswich, Suffolk, when he came across an array of abandoned cans, wrappers and bottles.

The oldest item he found was a Coca Cola can dating back to 1977 – the same year the first Star Wars movie was released. 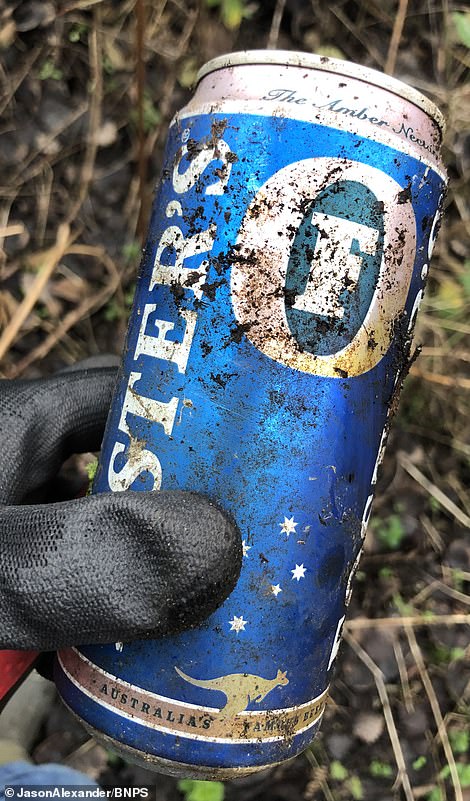 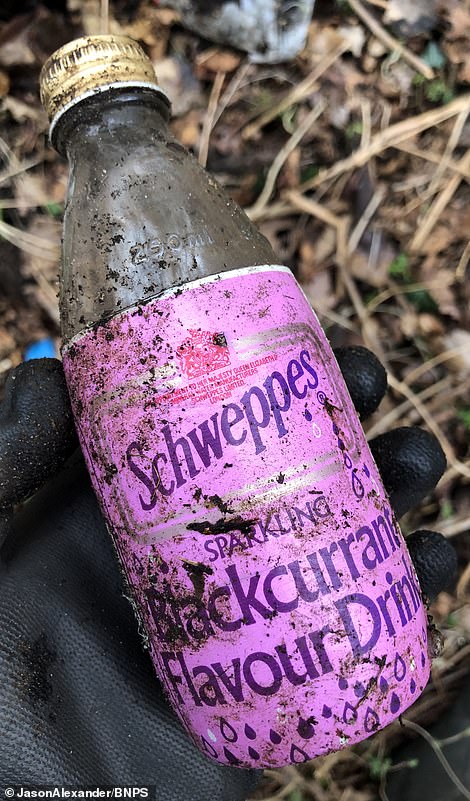 This Foster’s can and Schweppes bottle were among the items unearthed in Ipswich, Suffolk, with the litter discovered dating back decades 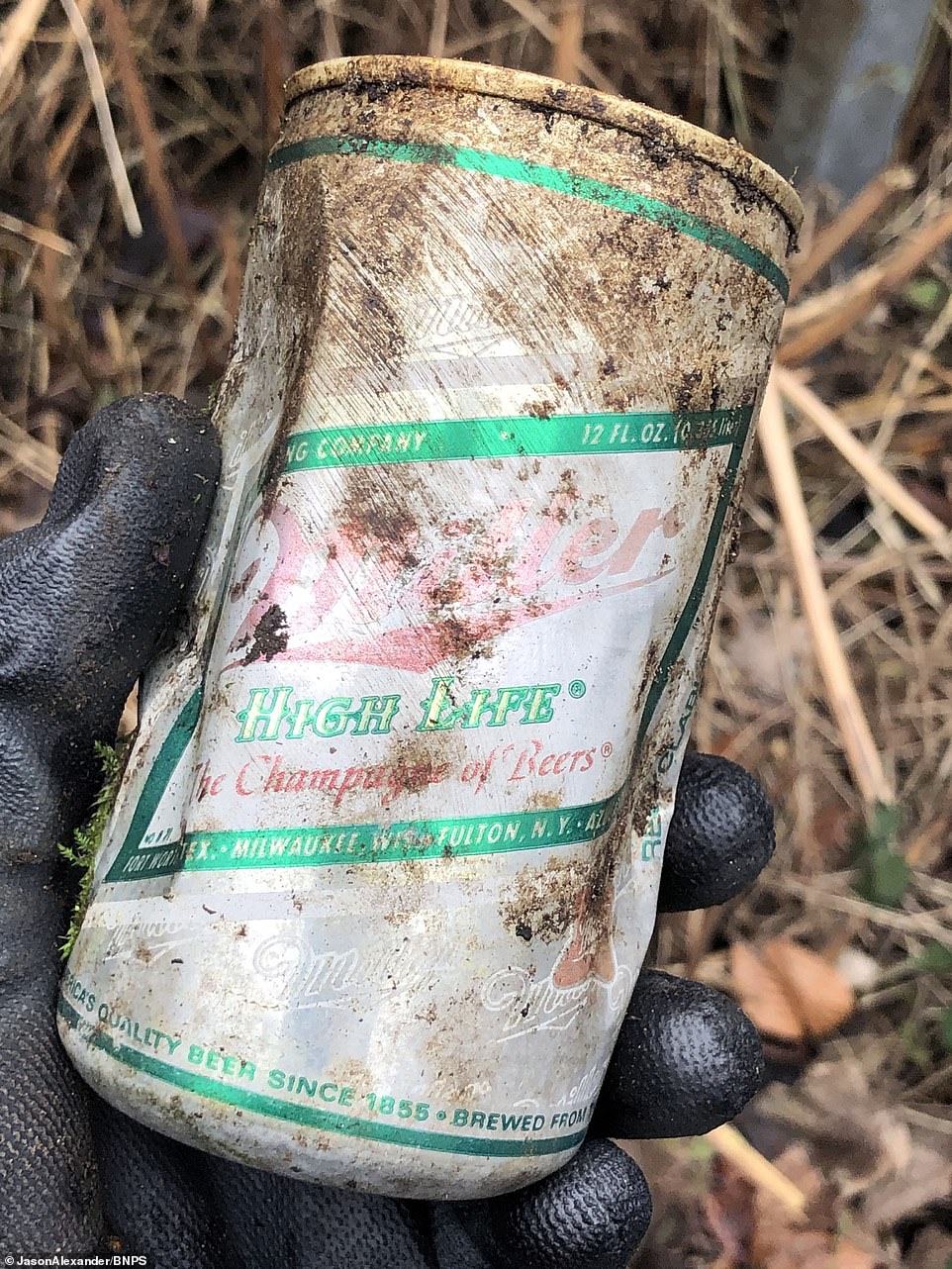 The Miller High Life beer can – which was found in woodland in Ipswich, Suffolk, dates back to the 1980s and Jason Alexander says he’s using the items he found to educate children about littering

There was also a Schweppes blackcurrant bottle from 1986, making it the same age as Diego Maradona’s ‘hand of god’ goal against England.

Other aged items included a 34-year-old empty can of Youngers Tartan Bitter, a can of Ribena from 1989 and a Pepsi can with the date of 1992. The youngest items were a Lilt can from 2007, a Fosters can from 2005 and a Joosters sweep wrapper from 1999.

Overall, Mr Alexander, 48, found nine pieces of vintage litter during a walk that lasted just a few hours. The nine pieces have a combined age of 253-years-old. 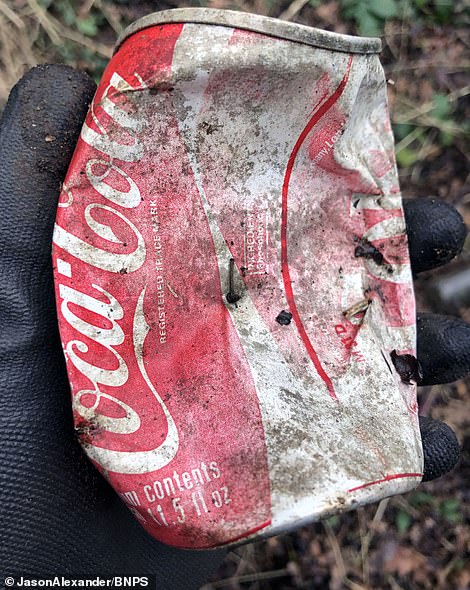 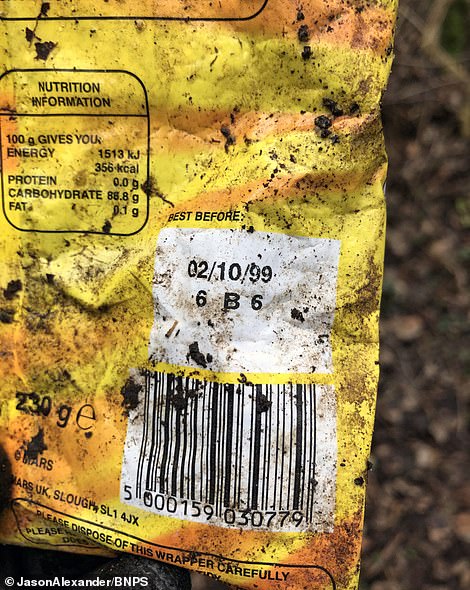 Although eight out of the nine pieces would have been recyclable, most are now too contaminated and are instead being kept by Mr Alexander.

He now intends to use them as part of his day job as an environmentalist which includes giving talks to school children about the effects of littering.

Mr Alexander says it is incredibly frustrating to find the litter and believes attitudes need to change. He accepts it is a ‘slow process’ but thinks steps are starting to be taken. 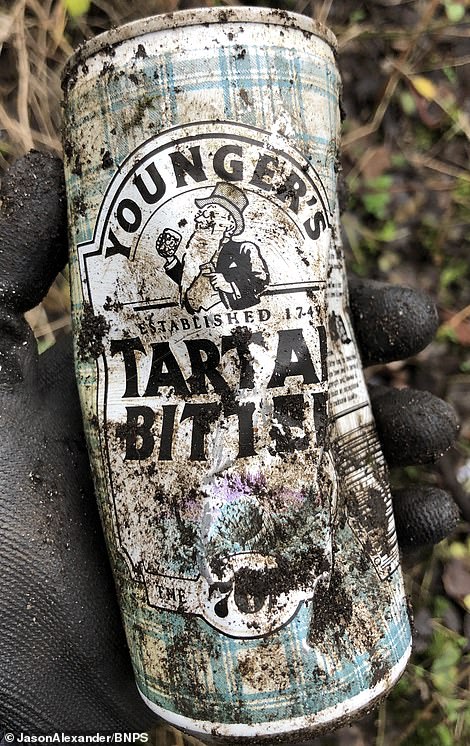 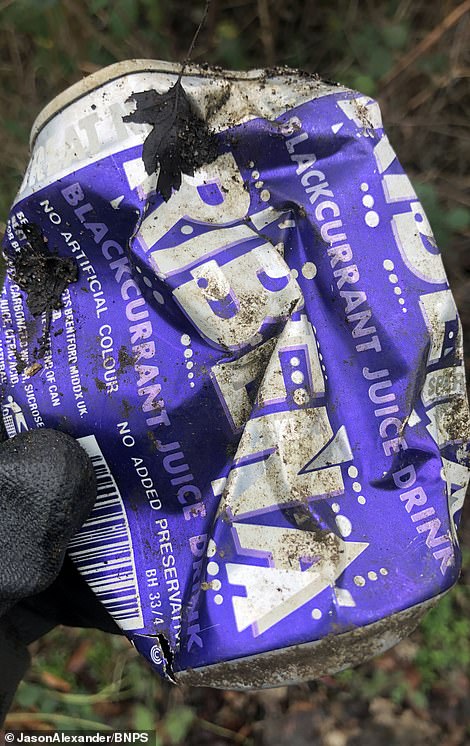 Pictured: A can of bitter dating back to the 80s (left) and a Ribena container (right) were among the items that Jason Alexander was dismayed to find in Suffolk

‘Most of the pieces of that age are contaminated and can’t be recycled so I keep them and use them in displays for school children. That’s what I’ll be doing with these.’

He added: ‘I am constantly finding this vintage litter with these pieces discovered over the weekend. They were close to the speedway stadium near to where I live in Ipswich.

‘I often find pieces around there and at this time of year when the vegetation gets shorter they are much easier to find.’ 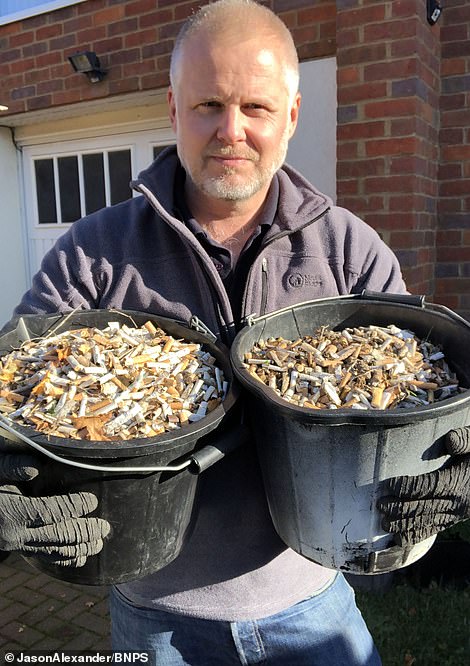 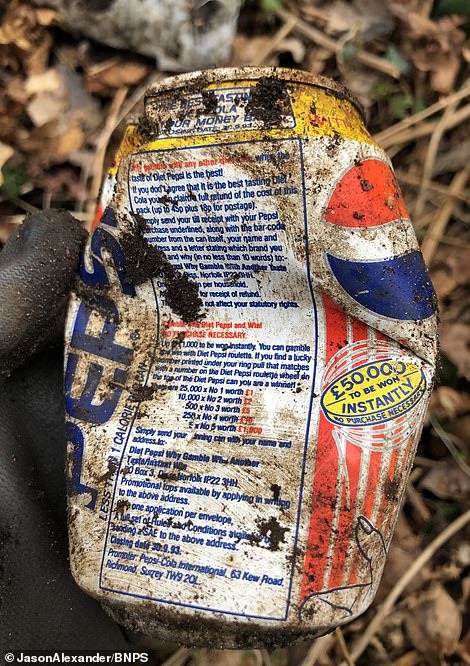 Jason Alexander (pictured, left, with cigarette butts that he has collected in his local area) is disgusted by the discovery of litter across Ipswich (right, a can he found)