A former road sweeper-turned-businessman who ran a ‘get rich quick’ scheme has avoided jail for failing to keep proper accounting records – but has gone bust owing the taxman £171,000.

Simon Stepsys, 55, from Nantwich, Cheshire sold himself as an internet millionaire and flaunted his wealth over social media, with photographs of him posing with a Porsche, Bentley, Cuban cigars, gold watches and rings.

The former road sweeper’s plugs for the scheme, which promised £5,000-a-day returns to investors, turned out to be links to further ‘get rich’ schemes.

He was subsequently told to stop making the claims by the Advertising Standards Authority which ruled them unproven and misleading. 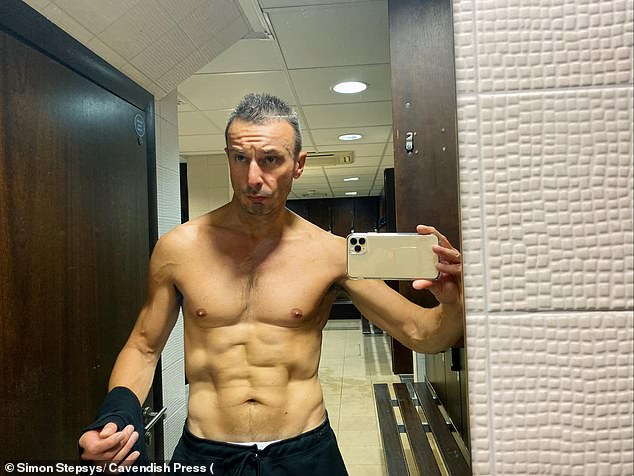 Simon Stepsys, 55, from Nantwich, Cheshire sold himself as an internet millionaire 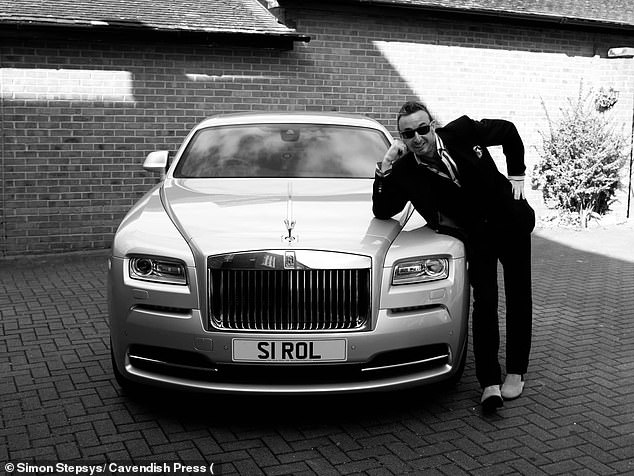 The former road sweeper’s plugs for the scheme, which promised £5,000-a-day returns to investors, turned out to be links to further ‘get rich’ schemes

Stepsys was sentenced to 16 weeks jail suspended for a year at Warrington Magistrates’ court after he pleaded guilty to failing to keep proper accounting records.

He was banned from being a director of the company for seven years in 2020.

Stepsys was also ordered to complete 200 hours of unpaid work an pay £3,990 in costs.

His online advertising business, called Simon Stepsys Success International, was later forced into compulsory liquidation by the HMRC due to unpaid tax.

Inquiries revealed the father-of-one Stepsys, who lives in a £330,000 former police station, had £200,000 in his bank account that he spent it on himself and wife Julie rather that the Inland Revenue.

He was also pictured with a string of luxury cars and on days out at Royal Ascot.

Back in 1998 the Office of Fair Trading had accused Stepsys of ‘preying on the vulnerable’ with home-working schemes that promised lucrative returns. 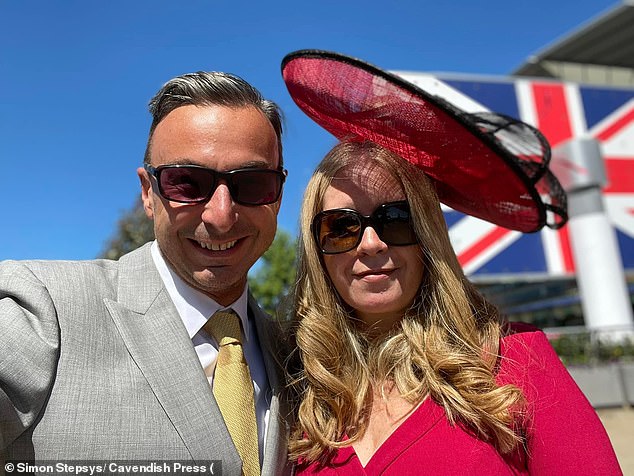 It was revealed Stepsys had £200,000 in his bank account that he spent it on himself and wife Julie (right) rather that the Inland Revenue 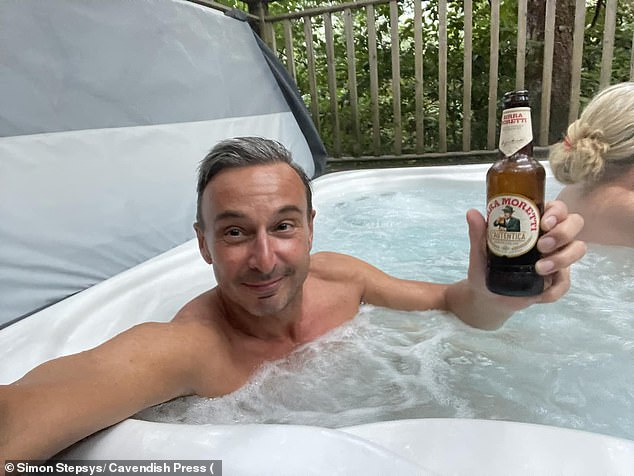 The following year, the High Court banned him from promoting the ‘get rich’ quick schemes with an injunction that also applied to his claims about winning the pools and betting on horses.

One scheme, called My Advertising Pays (MAP), had Stepsys on video adding: ‘Look into my eyes, watch my lips, MAP is for life.’

His GetMegaRich.com website which promoted My Advertising Pays bragged: ‘Start living the life you have always dreamed of. Making money with this is HIGHLY ADDICTING!’

Claire Ravenscroft, prosecuting on behalf of the Insolvency Service, said that when Simon Stepsys Success International was wound up in 2019, the official receiver was unable to receive any accounts from the period 2016.

‘Up until 2016, the accounts were dealt with by Howard Worth accountants who were asked to provide any accounts that they had. But they said they used to be engaged by the company but didn’t have any accounts.

‘They had been destroyed in the years before 2016. Afterwards there are no accounts as they had ceased to be acting for him.

‘Mr Stepsys was interviewed. During the interview he said he had failed to keep his accounts. He said he was not very good at keeping paperwork. He admitted he had no paperwork.

‘On 26 June 2016, the amount of £199,000 was recorded as the amount of money at the company bank account. He said he had spent that money on living costs for himself and his wife.

‘He said he wanted to cooperate with the official receiver but said he was not in the best place.

‘When asked if he had fulfilled his duties as director of the company to keep accounts he said he had not. He said he had no idea how much he owed HMRC. He appears to have prioritised paying money to himself rather than HMRC..’

Solicitor Ethan Wright who was representing Mr Stepsys said: ‘He sells advertising online and his income was based on a click or click through remuneration.

‘The proprietor of My Advertising Pays litigated in relation to the third party system but also failed in that litigation and therefore his company Simon Stepsys Success International also failed and went into liquidation and he was left with no income.

‘The trigger for this was out of his control but what he did thereafter caused the mischief. He by his own admission claims responsibility for failing to file his accounts.

‘He said if he could have put it right he would have done it. He would rather not be here at all but he is.’

Mr Wright told the court that Stepsys had gone into a ‘spiral of depression and ill health’ and received online blame for the collapse of the company which he said was not his fault.

‘The situation gets worse,’ the solicitor said, ‘HMRC are a creditor and lodged a petition. It is not possible to say how much of that £199,000 in the company account was actually owed to the revenue. 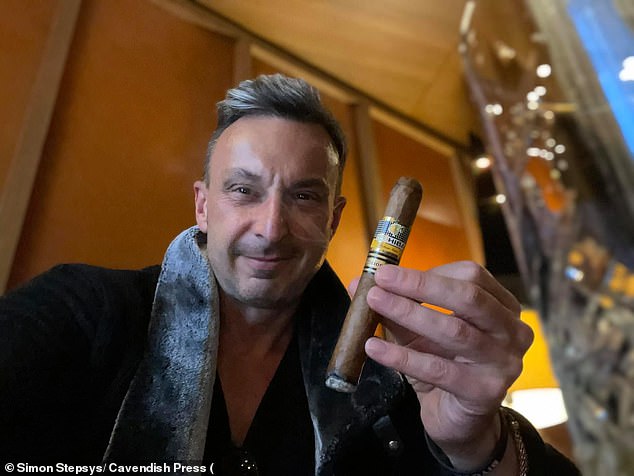 His online advertising business, called Simon Stepsys Success International, was later forced into compulsory liquidation by the HMRC due to unpaid tax 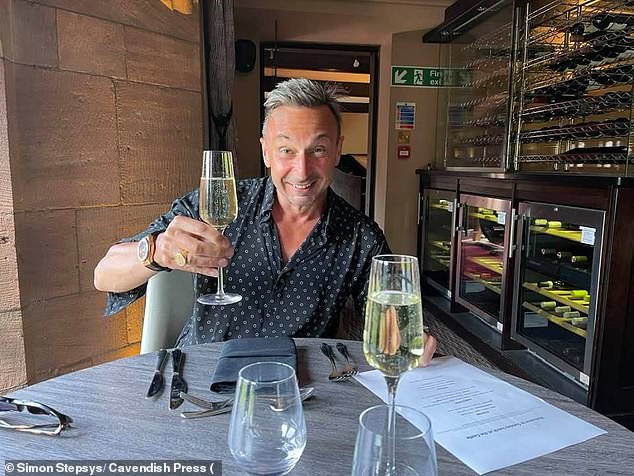 He flaunted his wealth over social media, with photographs of him posing with a Porsche, Bentley, Cuban cigars, gold watches and rings

‘An estimated amount is comprised of VAT, corporation tax and penalties for non payment. Some payment was made of £16,200.

‘He accepts that when he closed the company down it was a disorderly wind down.

‘It was disorderly in that he made an assumption about how much the company owed him. He referred to himself as a creditor. He should not have done that. He accepts that and has advanced a great deal of remorse.

District Judge Jack McGarva said: ‘Limited liability in a company s a privilege which brings with it responsibilities

‘There is a strong public interest in ensuring these responsibilities are met. In this case your failure to keep records made it impossible for the official receiver to complete his duties causing a significant loss to the public purse as a result.

‘Though I am making it clear I am sentencing for failing to keep records rather than concealing of assets.’

Following the hearing, Julie Barnes, chief investigator for the Insolvency Service, said: ‘Not only did Simon Stepsys fail to maintain books and records for three years, a basic requirement for all company directors, but he admitted that he spent nearly £200,000 from the company accounts on his family and had no idea how or why he owed so much tax.

‘Ultimately it was the taxpayer who suffered due to Simon Stepsys’ misconduct and thankfully the court recognised the severity of his actions when they sentenced the former director.

‘This successful prosecution should serve as a clear warning that the Insolvency Service is committed to upholding the law and will use all its powers to bring offenders to justice.’