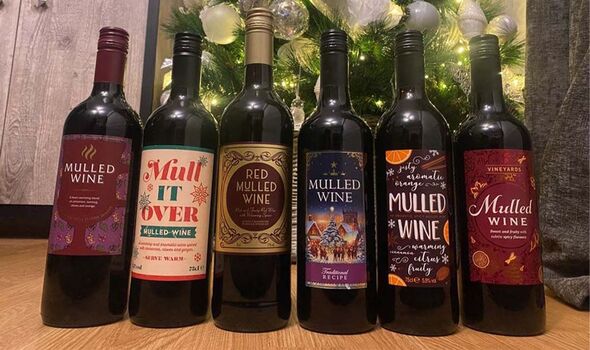 As the big day draws ever nearer, there’s nothing better than snuggling up with a nice warm glass of mulled wine to help get you in the festive mood. But with every major supermarket offering their own version of the beverage, it can be hard to decide which bottle to choose.

However, as part of a series of festive supermarket comparisons, M.E.N. reporter Beth Shufflebotham went on a mission to help answer this very question.

Picking up the cheapest bottles of mulled wine that she could find at all of the major supermarkets – including Aldi, M&S, Morrisons, Sainsbury’s, Tesco and Asda – she then offered her analysis on which brand is the best for a festive tipple this Christmas.

“I roped my family in for a blind taste test comparison and we all agreed that one bottle of spiced mulled wine was the best,” Beth explained, sharing her findings with the Manchester Evening News, “and while one tasted like festive mince pies, another was like drinking Ribena.”

Here’s what they all thought of the budget tipples:

It’s perhaps unsurprising that Aldi’s mulled wine came in cheapest at £2.69, while Marks and Spencer’s came in dearest, more than double the price at £5.50.

Asda, Morrisons, Tesco and Sainsbury’s all hovered around the middle, though, with just 50p difference between Asda, at £2.75 and Sainsbury’s at £3.25. Morrisons was priced at £2.99, with Tesco’s offering coming in at a nice round £3.

But, do you get what you pay for with a supermarket mulled wine, or would one of the cut-price bottles be the best for sipping this Christmas eve?

Here are the prices in order of cheapest to most expensive:

Lining the green glass bottles up in a row, you’d never know which was which, seeing as none of the supermarkets are listed on the front of the label. As such, we did this taste test totally blind and then checked to see where our favourites were from afterwards.

Each of the supermarkets have opted for green bottles with festive labels. I thought the gold label looked the most expensive, so it came as no surprise that this was M&S’s bottle.

I was also a fan of the ‘mull it over’ label from Sainsbury’s, as well as Morrisons (fourth from the left) which reminded me of a traditional Christmas card.

Pouring the wines into identical plastic cups, the first four looked practically identical, but when it came to pouring Asda’s (fifth), it was notably less opaque with a berry red colour rather than plum like the rest. It doesn’t show particularly well on photos – but all five testers commented the same.

In order of best looking to least appealing:

Naturally, as with any of our supermarket comparisons, taste is the ultimate test for determining the winner, with price and appearance often acting as a decider if there are two retailers neck and neck.

Each of these mulled wines was warmed up and placed on a table ready to be sipped by a team of experts. By which I mean myself, my mum, my dad, my brother and sister-in-law.

Aldi’s mulled wine was sipped first, setting the bar somewhere in the middle. The warm wine offered notes of cinnamon, nutmeg, cloves and orange like every traditional mulled wine, but 60 per cent of the group found it to be on the ‘too’ sweet side with a slightly syrupy texture.

Next up was Sainsbury’s hitting all the right notes with aromatic spices, including ginger – the only wine to contain this root plant. My brother commented that it ‘tastes exactly like a mince pie’ which we all very much agreed with, quickly becoming the front runner.

Marks and Spencer tried to take the crown from Sainsbury’s with their fragrant offering. Rich and fruity, the wine was sweet with a sharpness coming through. It tasted the most expensive of the bunch with a ‘boozy’ smell and taste, which would be explained by the fact it’s the only 11 per cent ABV wine in the list, whereas all of the others were 5.5 per cent.

The next wine, from Morrisons, was not too sweet, not too spicy, but also not really much to write home about. It had all the right flavours but didn’t really bring me the festive cheer I craved from a mug of mulled wine.

The universally least favourite wine came from Asda. Lightest in colour, the wine lacked both aroma and flavour. The bland wine was likened to a glass of Ribena, which is probably ideal if you prefer alcohol that doesn’t taste like alcohol – but this failed to lift our Christmas spirits.

Last but not least was Tesco, whose wine tasted very cinnamon-heavy with an earthy scent and aftertaste. The spiced beverage didn’t feel well balanced, but had more kick than Asda, saving it from bottom place.

Asda, for all five of us, came in last place in this mulled wine comparison, followed by Tesco with their earthy wine, while Morrisons came in fourth place, meaning Sainsbury’s, Aldi and M&S had made it to the podium – but in which order?

Aldi’s sweet wine was favoured by many of the women in our group – but not so much the lads, so for a universally loved mulled wine this Christmas, you’ll want to head to M&S or Sainsbury’s.

Marks and Spencer offered a boozier option that was fragrant and tasted the most expensive – but also cost £2.25 more than Sainsbury’s, whose mellow mulled wine tasted like festive mince pies, and got five stars all round from the family to be crowned our Christmas winner.