Family of alcoholic investment banker, 51, who hanged himself after his GP told him to start drinking again are awarded £700,000 payout by the NHS

The partner and daughter of an alcoholic former investment banker who took his own life after his GP told him to start drinking again have been offered £700,000 in compensation by the NHS.

He had been fighting alcoholism when his GP Dr Vikash Patel told him abstaining could kill him and he should go back to drinking six pints of strong lager a day.

Mr Appleton’s death came eight days after his doctor told him to start drinking again, fearing that suddenly stopping could lead to a fatal seizure.

Partner Sandra Smith is asking the High Court in London to approve the £700,000 compensation for herself and her teenage daughter. The pair are set to receive the money from Berkshire Healthcare NHS Foundation Trust.

Sandra Smith with her partner Stephen Appleton – she is asking the High Court in London to approve the £700,000 compensation for herself and her teenage daughter

At an inquest over three days in 2019, Berkshire Assistant Coroner Alison McCormick recorded that Mr Appleton’s death was caused by suicide while he was suffering from mental illness and dependence on alcohol.

Concluding the inquest, Ms McCormick called for the system to be improved.

‘It seems to me that there is no review for someone deemed to be a low risk in this waiting period, and if it is to fall to the GP, they need to be told about the situation.

‘But they are not in themselves a mental health practitioner and it seems to me that this is passing the buck back to the General Practitioner whilst patients are on the waiting list.’

The NHS trust has admitted clinical negligence, according to a claim issued in the High Court, and agreed to pay £700,000 to mother and daughter.

But the court’s permission is needed because their daughter is sixteen, under the age of her majority.

Ms Smith, of Sunninghill, Berkshire, says she suffered psychiatric injuries as a result of losing her long-term partner, and both she and her daughter suffered financial loss and loss of dependency through his death.

She had come downstairs to find his body.

Ms Smith is asking the court to approve the settlement and turn it into an order of the court.

After the inquest, Ms Smith said: ‘I believe Stephen was let down by our local mental health service. He was depressed and anxious but sought help.

‘However, after weeks of seeking help I believe he gave up hope when that help could not be found. Despite repeated cries for help he was never provided with the help he needed which I believe could have saved his life. 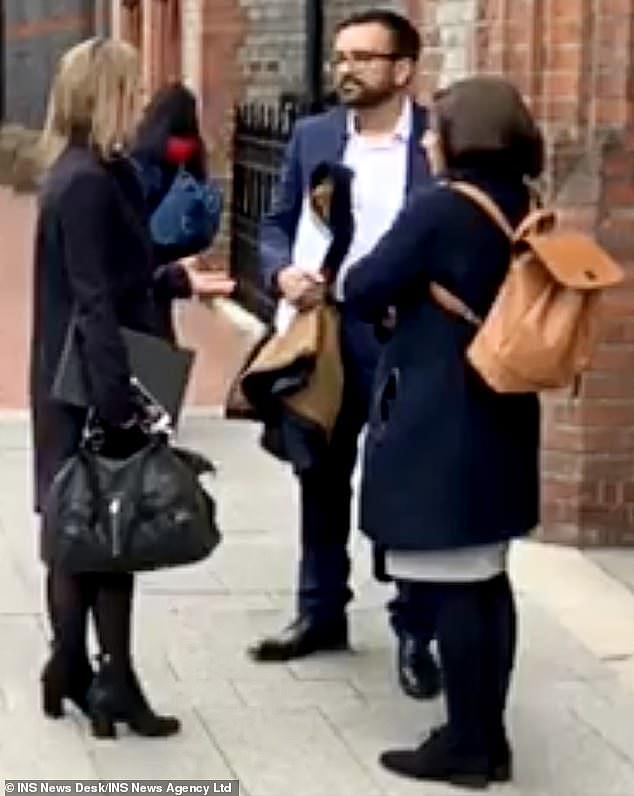 ‘He was only assessed over the phone and never seen by a qualified mental health professional face to face. Even when he was planning and rehearsing his method of killing himself and I was desperately trying to get help no one seemed overly concerned.’

She said that before Mr Appleton became ill, he had been full of life and love, and loved travel and adventure, racing cars and climbing mountains, running marathons, skiing and surfing.

He had worked as an investment banker in London for 15 years but was made redundant in 2009 and moved back to his native Australia where he worked in his father’s business of helping people with financial problems.

But the work led to depression and heavy drinking, the inquest in Reading heard. The couple moved back to the UK in 2018, and he stopped drinking for some days before visiting his GP with Ms Smith.

A spokesperson for Berkshire Healthcare NHS Trust said: ‘We would like to express the Trust’s sincere condolences to Stephen Appleton’s family and friends. As a Trust we strive to take learnings from tragic events and will continue to monitor and review our procedures to ensure we provide the best possible care for our patients now and in the future.’