Coca-Cola (KO) is teaming up with DJ and music producer Marshmello in a limited-edition offering.

While fans may expect a sweet marshmallow taste from the 12-ounce can, the flavor will likely come as a surprise. Instead, it’s created with a mix of the artist’s favorite flavors — strawberry and watermelon — along with the classic Coca-Cola taste.

Marshmello, who is the first artist to collaborate with the century-old cola brand, calls the mix a “vibey blend.” The limited-edition drop is set to hit shelves on July 11th in the U.S., followed by select countries globally. 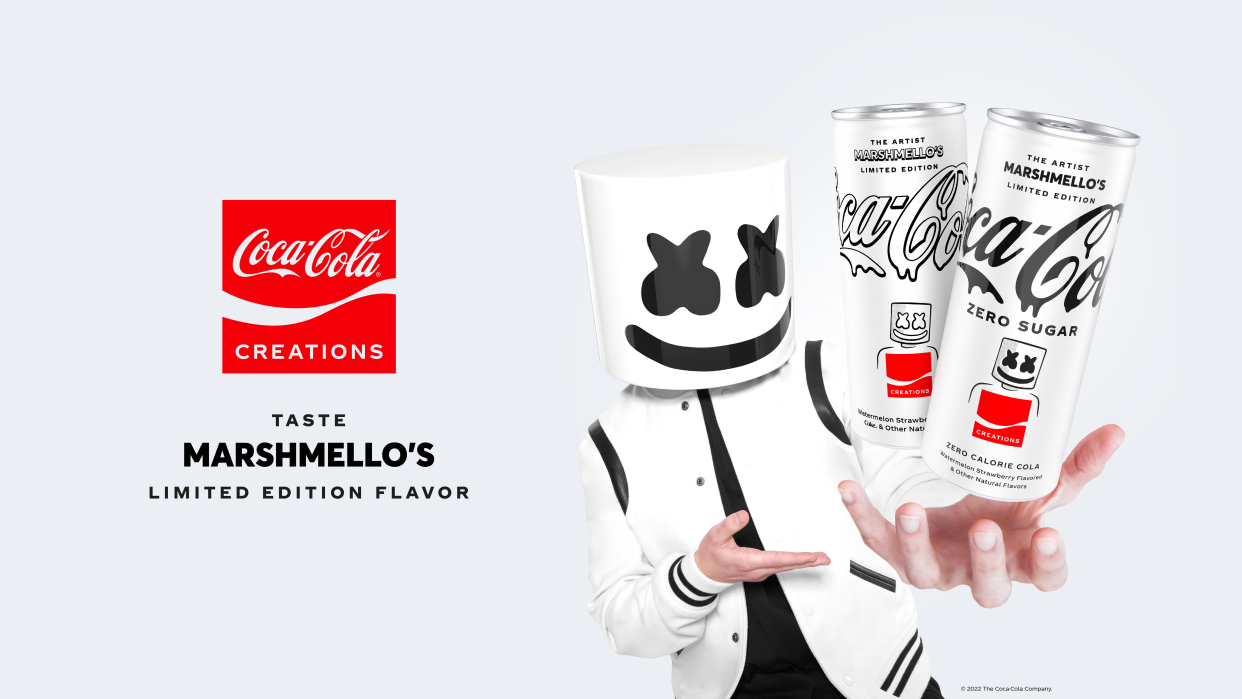 Similar to Wendy’s (WEN), Pernod Ricard (RI.PA) and others in the food and beverage space that have recently entered the Metaverse, Coca-Cola is inviting fans to experience a “Melloverse for themselves.” On July 9, there will be an “immersive takeover” on Twitch, owned by Amazon (AMZN), in which fans can access metamerch.

Then, beginning July 25, fans can scan a QR code on a can to access the Coca-Creations online hub. On the site, there will be an opportunity to use AI technology to transform one’s emotions while listening to Marshmello’s latest track into a personalized piece of digital art.

This is the third iteration of the beverage giant’s innovation hub, Coca-Cola Creations, which launched in February. Other limited-edition drops included Zero Sugar Byte and Starlight.

Coca-Cola was not the only company out with an innovative collaboration that swept the internet this week. Arby’s Meat Sweat Defense Kit, in collaboration with Old Spice (PG), sold out in just hours after going on sale Wednesday for $60, while Taco Bell’s (YUM) collaboration with Cheez-It on the new Big Cheez-It Tostada (K) was a top trend on Google the day it dropped.

Brooke DiPalma is a producer and reporter for Yahoo Finance. Follow her on Twitter at @BrookeDiPalma or email her at [email protected]