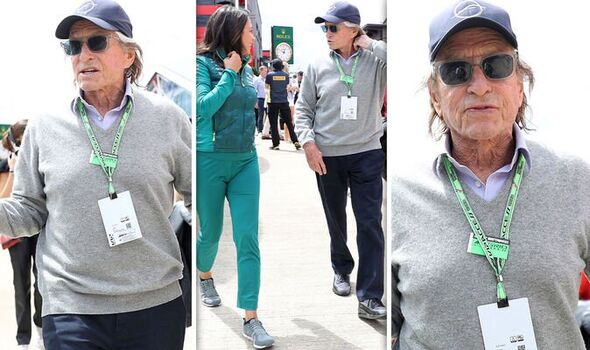 Michael Douglas, 77, looks sprightly as he gets into passionate chat at British Grand Prix

Michael Douglas looked much younger than his 77 years as he stepped out to enjoy an afternoon at Silverstone for the British Grand Prix.

It wasn’t long before the Hollywood star got involved in an animated chat with female Formula 1 fans as he made his way to the VIP area.

Michael attended the grand finale of the weekend without his wife Catherine Zeta-Jones, 52, by his side, suggesting that he is the main F1 enthusiast in the couple’s family.

The Basic Instinct actor grinned for cameras while wearing a pair of sunglasses and a baseball cap to protect his face from the sun’s rays.

Michael opted for a dressed down look for the Grand Prix, as he donned a grey jumper paired with a lilac shirt, navy blue trousers, and black trainers. 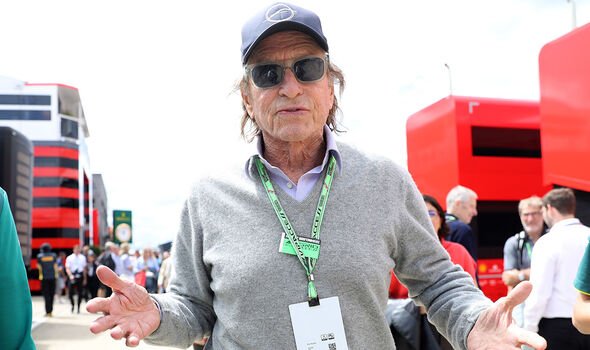 Michael Douglas is passionate about F1 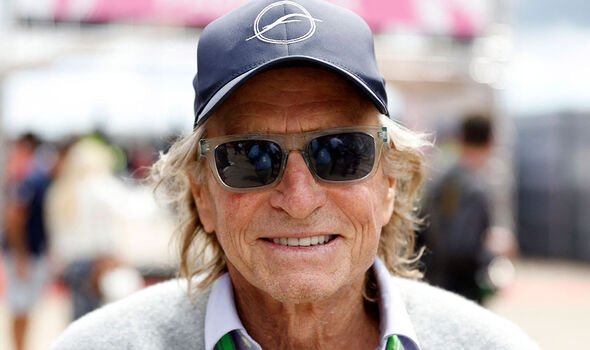 Michael Douglas was beaming from ear to ear. 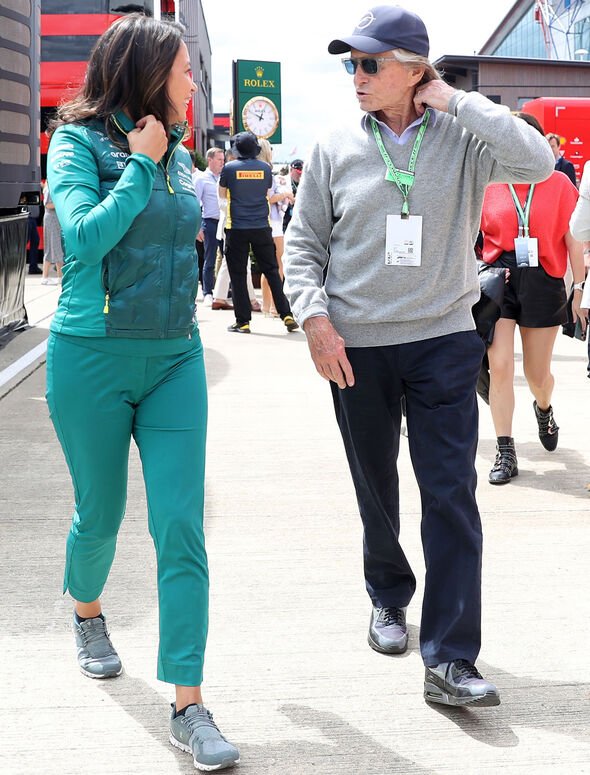 Michael Douglas chatted away to a brunette while at the event. 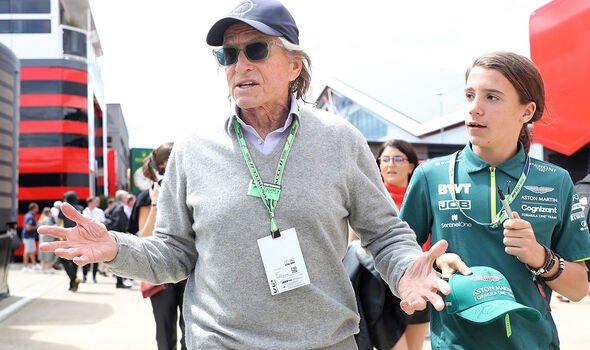 Michael Douglas passionately spoke to other guests at the event 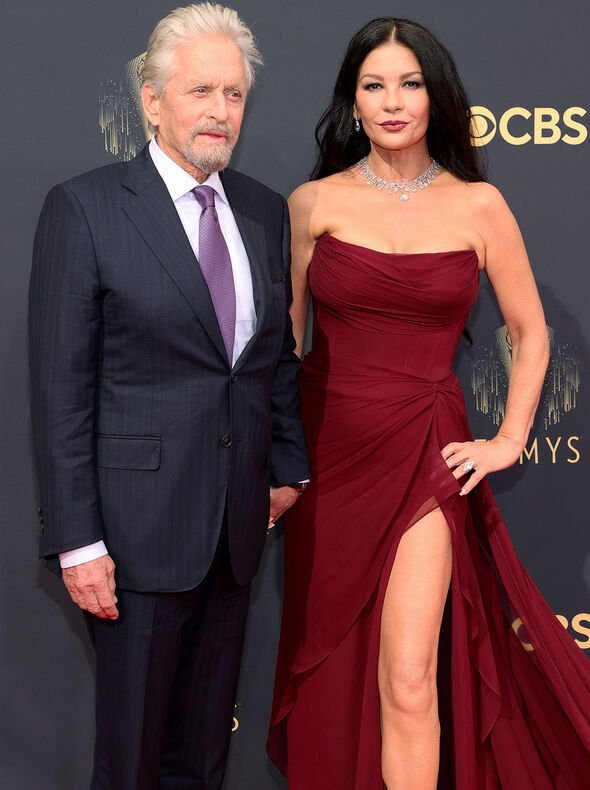 Michael Douglas attended the British GP without his wife

Michael Douglas arrived at Silverstone solo, without his other half Catherine Zeta-Jones.