Debate lasted for more than three hours behind closed doors before a final vote of 24 to 16. All Democrats voted in favor of the action while all Republicans on the panel voted against.

It’s not immediately clear when the documents will be released.

Rep. Kevin Brady, the top Republican on the panel, told reporters that six years’ worth of Trump’s most recent tax returns would be covered and documents from eight of his businesses.

‘Regrettably, the deed is done,’ Brady told reporters in a press conference after the vote.

That was the original request made by committee chairman Rep. Richard Neal in 2019, after Democrats won back the House majority in their 2018 ‘blue wave.’

‘Over our objections and opposition, Democrats on the Ways and Means Committee have unleashed a dangerous new political weapon that overturns decades of privacy protections for average taxpayers,’ Brady said at his press conference. 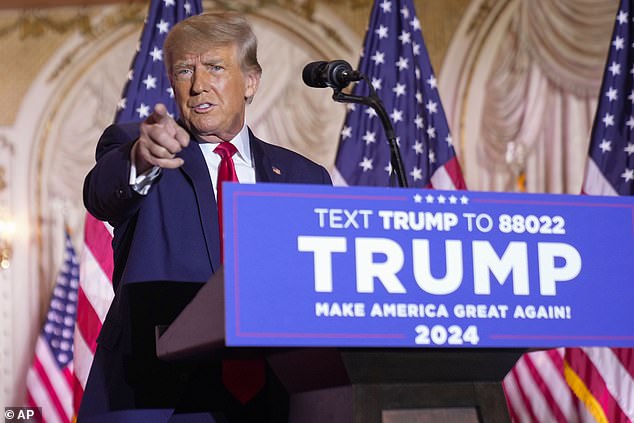 He claimed it had ‘nothing to do with the stated purpose of reviewing the IRS presidential audit process.’

The former president waged a lengthy legal battle to keep lawmakers from obtaining his tax returns that went all the way to the Supreme Court.

Last month, justices rejected Trump’s last-ditch request to stop Ways and Means Democrats from getting the financial documents. None of the six conservative nor three liberal jurists dissented.

Chairman Neal opened his own post-vote remarks comparing the committee room’s layout to the way it looked on January 6, when furniture was used to barricade doors and windows as a mob of Trump supporters stormed the US Capitol.

But during his press conference he insisted the move to release the ex-president’s tax returns was ‘not punitive or malicious.’

Nevada Democratic Rep. Steven Horsford said after Neal’s remarks, ‘We take our jobs seriously, and this vote tonight was not taken lightly. But we clearly have a lot of work to do to build back the IRS.’

He said the tax agency ‘has been defunded for more than a decade by Republican cuts.’