A black refugee from Ukraine hoping to join family in the UK has said ‘nobody is talking to us’ after he and other people of colour were split up from a group of Ukrainians in France.

Uwandu Michael, originally from Nigeria, said he was ‘really shocked’ when he realised he had been sent to a hotel around 70 miles away from other Ukrainian refugees when they were bussed out of Calais this week.

The 37-year-old, who moved to Ukraine in 2009 and secured permanent residency eight years ago, said he was granted Ukrainian citizenship in late February but had to flee before he could collect his passport.

As he attempted to travel across the border into Poland, he became separated from his Ukrainian ex-partner and nine-year-old daughter and has not been able to contact them since. 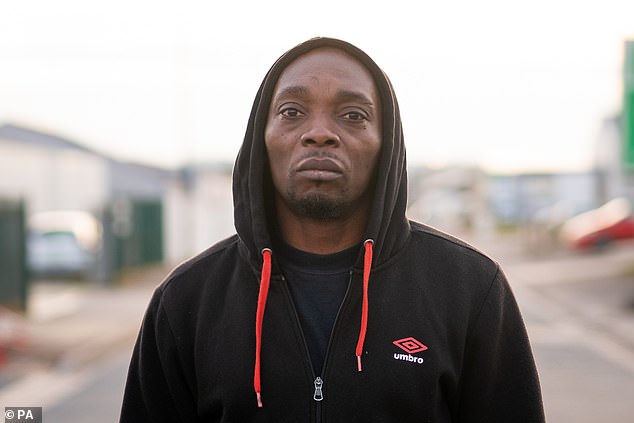 Uwandu Michael, originally from Nigeria, is hoping to join his sister and cousin in London

Hoping to join his sister and cousin in London, he made his way alone to Calais, where he was helped to apply online for a visa by a charity.

The majority of Ukrainians who had gathered at the port town were taken to hotels near Lille on Wednesday, close to where a pop-up visa centre is being set up, or nearer to existing centres in Paris or Brussels.

But Uwandu Michael and around five other people of colour with UK relatives were taken to a hotel on a remote industrial estate near Boulogne-sur-Mer.

They say they have been given no information about why they were separated and are unclear which authorities put them into the mini van.

They have received no update about their visa applications or had any help from officials since they arrived.

The 37-year-old told the PA news agency he feels ‘tired of life, traumatised, and confused’.

He suspects they may have been treated differently because of the colour of their skin, adding: ‘We are alone – nobody is talking to us’.

He said: ‘It’s like all the stress, everything is beginning again to multiply.

‘I think we don’t have anybody to speak to, except you… We cannot continue to be living in this kind of tense condition, coupled with what we’ve seen in Ukraine.’

Uwandu Michael said he is desperate to reach the people who love him so they can ‘heal my wounds’, and urged the UK Government to speed up the visa process. 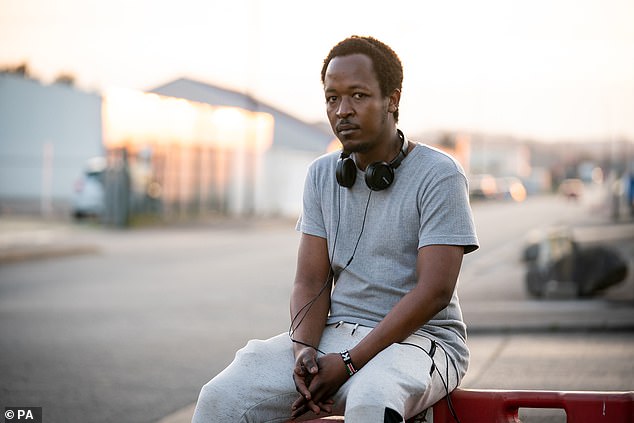 Kevin, originally from Kenya, was three months away from completing his computer science western Ukraine when the country was invaded

He said: ‘I just want them to help us, because our situation here, we lost a lot of things… and putting me here is actually making me go crazy.’

He also described experiencing discrimination when trying to get a train from Lviv, with Ukrainian women and children given priority over people of colour, including his daughter who is mixed race.

He said he believes he was able to get to Poland because a journalist tipped him off that a train was leaving on another platform that most people were not aware of.

Kevin, originally from Kenya, was three months away from completing his computer science university course in western Ukraine, where he had a temporary residence permit, when the country was invaded.

He wants to continue his studies in England and join his uncle in Northampton. 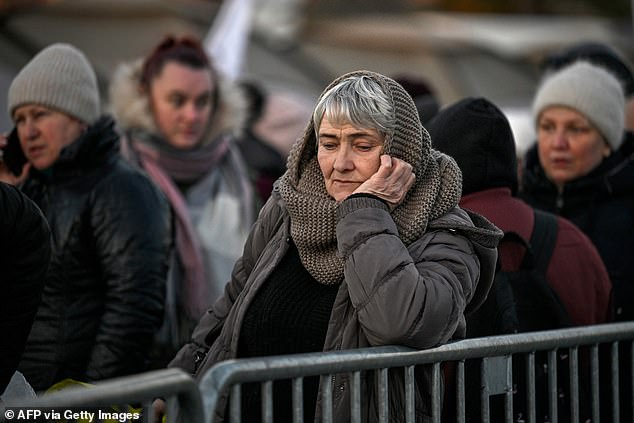 More than two and a half million people have fled the ‘senseless war’ in Ukraine, the UN said today

He believes the group were separated from the other refugees because they are not Ukrainian, which has left him feeling ‘awful, neglected, angry’.

He said: ‘It’s pretty awful, it makes us feel like we’re left out.

‘But all we’re doing is just escaping the war and hoping for the best for ourselves.’

Clare Moseley, founder of Care4Calais, said the charity had initially understood that people living in Ukraine who were not Ukrainian nationals would be eligible under the current scheme if they had loved ones in the UK.

Home Office guidance says applicants must be joining UK-based family members, be Ukrainian or have an immediate relative who is a Ukrainian national who is applying to the scheme, and have been residing in the country on or immediately before January 1 2022.

Her biggest fear now is what will happen to people ‘who for one reason or another are at the edges of the scheme, who don’t quite qualify who do have family in the UK’.

Ms Moseley said the group near Boulogne-sur-Mer are ‘very scared’ due to the lack of certainty.

They speak English and several are students who would like to continue learning in England, but have been ‘repeatedly’ asked to apply for asylum in France.

She said: ‘If they’ve got close family relations in the UK who are willing to support them, then it doesn’t make any sense for them to live in France where they don’t know anyone.’ 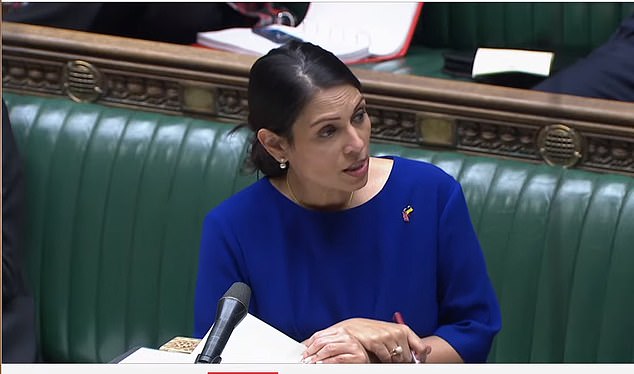 Asked if she believed racism may have played a part in the decision to move them to a separate location, she said: ‘It’s a very big coincidence that the nationality of these people is basically Kenyan, Nigerian and Yemeni.

‘And it seems extremely coincidental that all the people that have been taken elsewhere are these nationalities.’

Details of a separate visa route, allowing UK individuals and companies to sponsor people from Ukraine to come to the country, and who will be eligible, are due to be set out next week.

A Government spokesman said: ‘We are standing shoulder to shoulder with Ukrainians which is why we’ve made it easier for those with Ukrainian passports to come here.

‘This is alongside changes to visas to ensure Ukrainians in the UK can stay here.

‘We have expanded our Visa Application Capacity to 13,000 a week, deployed additional staff across the EU, with a 24/7 helpline in place to ensure those who need appointments can get them to come here.

‘This allows us to balance security risks while welcoming those in need.’