Singapore: A bomb maker who assembled the explosives used to carry out the Bali terrorist attacks is set to be freed from prison within days after being granted an early release on Indonesia’s independence day.

Indonesian militant Umar Patek was sentenced to 20 years behind bars in 2012 for his role in the double suicide bombings in Bali’s Kuta district in 2002. 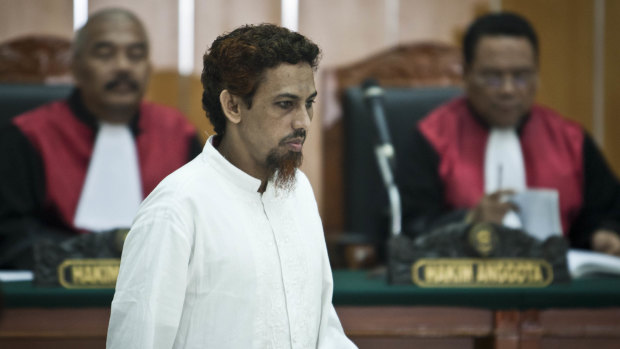 Umar Patek at his trial in Jakarta in 2012.Credit:Getty

He was accused at his trial in Jakarta of being the assembler of the explosives that ripped through the Sari Club and Paddy’s Irish Bar killing 202 people including 88 Australians.

Patek, whose real name is Hisyam bin Ali Zein, was spared the death penalty and a life sentence after cooperating with Indonesia’s counter-terrorism agency and apologising to victims’ families.

Now, a decade after he was jailed, he is eligible to walk out of Porong prison near Surabaya this month after receiving a remission of his sentence as Indonesia marked 77 years of independence from Dutch rule on Wednesday.

It’s a development that will cast an unwelcome shadow over the 20th year anniversary of the October 12 attack, according to Melbourne man Jan Laczynski, who was in the Sari Club shortly before the explosions. Five of his friends died in the attack. 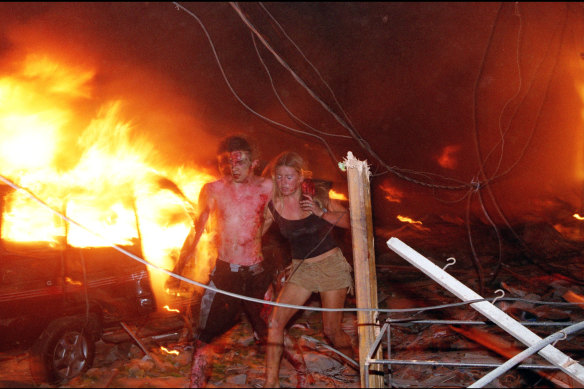 “You would think all of those sentences that were given would be carried out in full,” he said. “It was a ghastly crime and it’s ghastly that this is happening as we approach the 20th anniversary. This is awful timing.”

Zaeoji, the head of the Indonesian Ministry of Law and Human Rights regional office in East Java, said Patek had “behaved very well” while in Porong prison.

Patek had declared his allegiance to the state of Indonesia, said the government official, who like many people in Indonesia uses one name.

His jail term had been reduced by a year and 11 months since he was imprisoned and before Wednesday’s announcement, he was to become eligible for parole next January, when he would have served two-thirds of his sentence.

A former senior member of Jemaah Islamiyah, the Indonesia-based militant group that was connected to al-Qaeda, he was one of the last Bali terrorists to be captured and had a $US1 million ($1.44 million) bounty placed on his head during a lengthy manhunt. 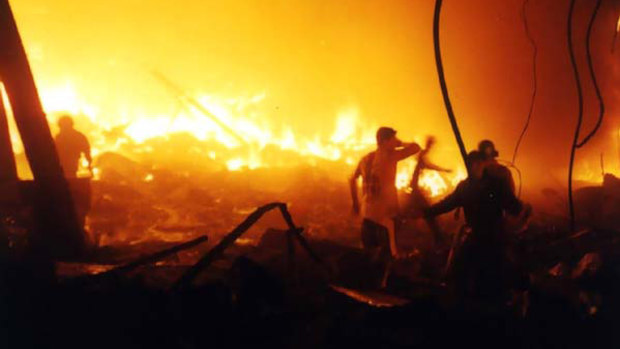 The Bali bombings killed 88 Australians among 202 tourists and locals.Credit:File

He was eventually apprehended in 2011 by Pakistani authorities in Abbottabad, the same city where US Special Forces raided a compound four months later and killed Osama bin Laden, the al-Qaeda leader and mastermind of the September 11 attacks.

Dubbed “Demolition Man” because of his expertise with explosives, Patek was also convicted for his part in a series of church blasts in Jakarta on Christmas Eve in 2000 that killed 19 people.

He denied being the main bomb maker and planning the Bali attack but admitted to having a role in constructing the deadly devices. He was found guilty of murder and bomb making in a Jakarta court.

In more recent years he has been held up by Indonesia’s counter-terrorism officials as an example of the country’s success in deradicalising prisoners.

Adhe Bhakti, a researcher at Indonesia’s Centre for Radicalism and Deradicalisation Studies, believes Patek poses no threat of engaging in extremism again.

“I met his deradicalism mentor in the prison and he explained that Patek now has no problem attending the flag ceremony held on Independence Day, for instance,” he said. “He’s no longer an intolerant person anymore.”

Officials are examining issues around his release, ahead of him being formally granted parole, including concerns he may be targeted by radical groups angered by his denouncement of extremism.

But Patek’s expected release will be difficult to accept for survivors and family members of victims.

Laczynski has travelled to Indonesia and met with reformed terrorists including Ali Imron, who is serving a life sentence for his part in the attack and whose brothers, Ali Ghufron and Amrozi, were executed in 2008 for their involvement.

He said Patek should not be let out early but, if he was, needed to be monitored.

“They all say they’re reformed and they’ve seen the evils of their past but you sometimes sit back and wonder ‘are they going to one day wake up and do the same thing again’? Laczynski said.

“It’s quite scary. When you think about Umar, he mixed all those chemicals and he knew those things he was doing would cause a lot of carnage but he did it.”

The release of Patek will follow that in January 2021 of Abu Bakar Bashir, the radical Indonesian cleric and spiritual leader of Jemaah Islamiyah who was linked to the Bali attack. At the time, then prime minister Scott Morrison said Bashir’s release was “very distressing for victims”.

The alleged Bali bombing mastermind, Encep Nurjaman who is known as Hambali, is still awaiting trial in the US after being held at the Guantanamo Bay detention centre in Cuba since 2006.

He is to face a military commission on charges of murder, terrorism and conspiracy over attacks in Bali and at Jakarta’s JW Marriott Hotel.