An arrest warrant has been issued for a Melbourne man who failed to turn up to court accused of removing body parts from two human corpses at a suburban cemetery.

Tristan Hearne was arrested and charged earlier this year after allegedly smashing his way into two mausoleums at the Footscray General Cemetery in Yarraville where coffins were opened and two heads removed from the burial chambers. 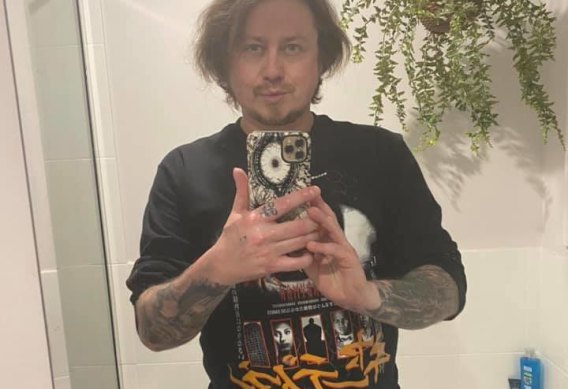 Police said at the time that an examination of the robbed coffins revealed that heads had been removed from the human corpses.

Hearne was charged with seven offences, including removing body parts from a human corpse, exhuming or removing human remains from a place of interment, and criminal damage.

The 40-year-old was released on bail to appear at Melbourne Magistrates’ Court on Wednesday but failed to attend.

Police prosecutor Senior Constable Steve Allison said the charges were “extremely serious” and asked the court to issue an arrest warrant to apprehend Hearne and bring him before the court.

“There’s extremely serious charges on the file, so we’d be seeking a warrant in this matter. We don’t know if he’s sought legal advice at this stage,” Senior Constable Allison said.

Magistrate David Langton granted the application and issued a warrant for Hearne.

Court documents released to the press show that police allege Hearne went to the cemetery on Geelong Road on January 28 and February 1 this year and twice removed a “body part, namely a head, from a corpse”. 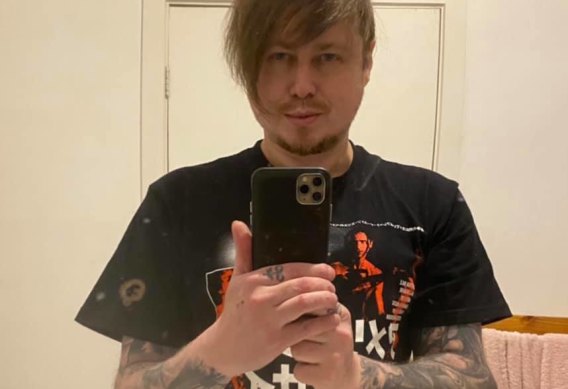 Hearne is accused of stealing human remains and damaging graves.Credit:Facebook

Police were first alerted to Hearne’s alleged crimes after a passerby found one of the coffins resting, almost vertical, outside its burial spot and contacted police.

At the time, police said while the two disturbed graves were close to one another, there did not appear to be any connection between them.

A search of Hearne’s nearby home in Spotswood allegedly later unearthed two heads, one in the front bedroom and the other buried outside, police said.

Extra security was installed and police patrols were increased at the Yarraville cemetery.

The accused man has posted photographs on his social media accounts that he said were taken during visits to Melbourne cemeteries, including at Kew and Boroondara.

He has also posted images of skulls and supernatural artwork on social media.

The matter will return to court at a later date.