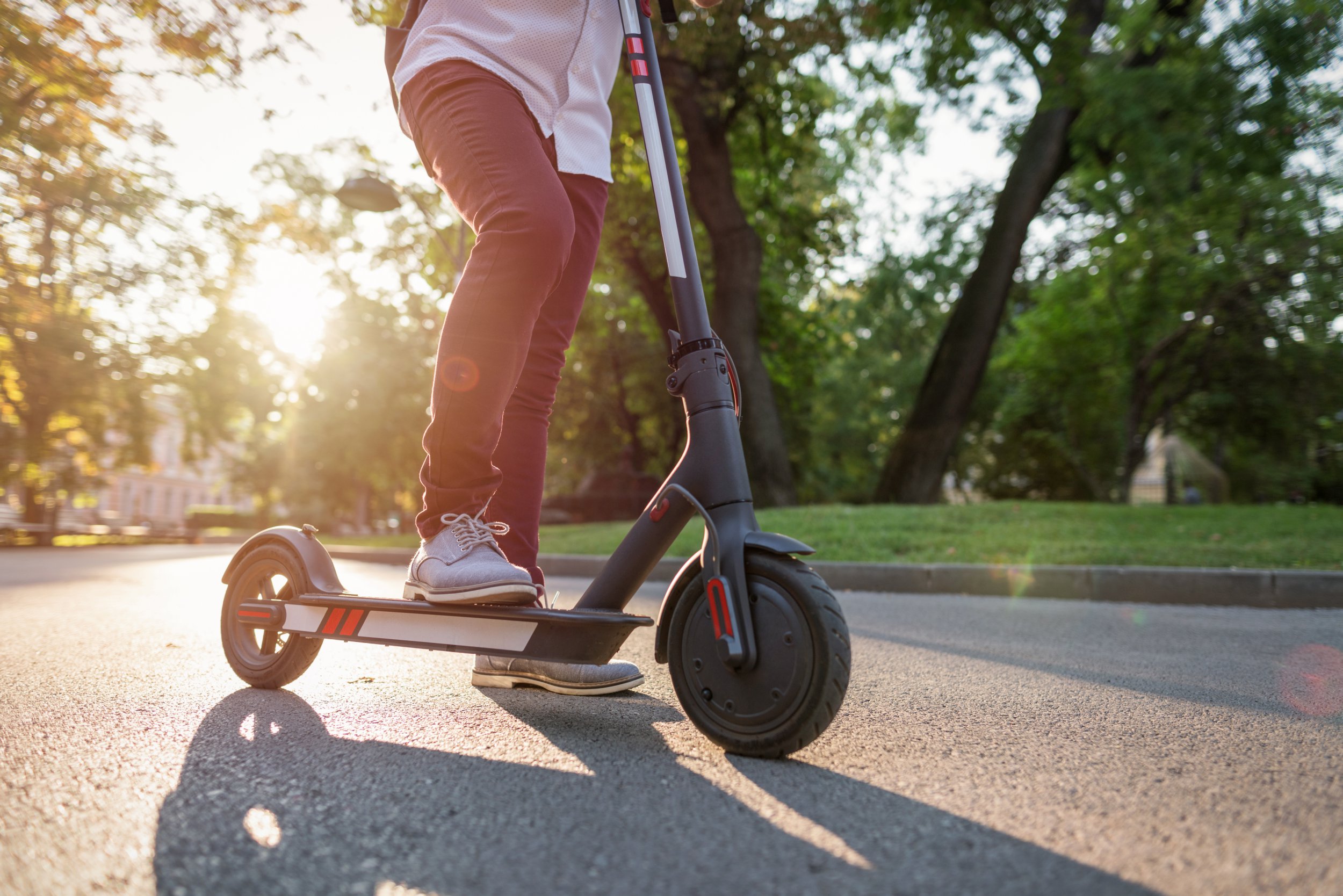 They are more likely to be young, helmetless – and drunk, according to the findings.

Awareness campaigns and stricter regulations are needed to reduce the spate of accidents, say scientists.

It adds to evidence the green devices are the most dangerous form of personal transport – including motorbikes.

Dr August Stray, of Oslo University Hospital, said: ‘E-scooter injuries commonly occurred at nighttime and involved young adults who were not helmeted and most often intoxicated.

‘In contrast, most bicycle injuries were sustained during commuting hours and involved riders of a wider age range who were often helmeted and less likely to be riding while intoxicated.’

The findings are based on nearly 3,200 individuals injured in the Norwegian capital between January 2019 and March 2020 while using e- scooters or bicycles.

Dr Stray said: ‘The rate of intoxication among electric scooter riders injured at night was high.

The individuals included 850 e-scooter riders and 2,341 cyclists. Almost two thirds in both groups were men.

Dr Stray said: ‘The main reason for male overrepresentation is most likely a gender difference in everyday risk-taking behaviour.’

E-scooters are good for the environment as they are powered by a rechargeable battery. They do not emit the greenhouse gasses associated with vehicles.

The annual incidence of injuries was 120 and 340 per 100,000 inhabitants for e-scooters and bicycles, respectively.

E-scooter rentals have become popular in Oslo since their introduction in March 2019, according to the Norwegian Institute of Transport Economics.

Dr Stray said: ‘Shortly after the introduction of e-scooter rentals, it became clear that this new transportation mode came with some downsides, such as a high risk for injuries when used by persons riding while intoxicated and low rates of helmet use among e-scooter riders in general. These concerns are also relevant for bicyclists.

‘Although it seems unlikely that e-scooters offer any cardiovascular benefits that directly improve public health, they may indirectly contribute positively to public health by being a climate-friendly alternative to cars.’

But two years ago the Norwegian Institute of Transport Economics reported e-scooters replace walking in 60 percent of cases, bicycles in six per cent, public transportation in 23 percent – and cars in only eight percent.

Dr Stray said: ‘The report concluded that e-scooters at present do not offer any obvious climate benefits, but that this may change in the future.

‘When society introduces a new transportation mode and accepts it as part of daily life, it is important to know its risks and benefits.’

E-scooter riders were most likely to have injuries to the head and neck (32 per cent) and lower-limb (29 per cent).

Dr Stray added: ‘The high number of head and neck injuries among e-scooter riders compared with bicyclists is concerning.

‘Our study gives no clear explanation for this difference. However, it is tempting to attribute this difference at least partly to the very low rate of helmet use among e-scooter riders.

‘For bicyclists, helmet use has an established role in preventing traumatic brain injury, and riding while intoxicated is significantly associated with less helmet use.

‘Thus, the influence of alcohol or drugs could indirectly contribute to an increased number of head injuries due to the association between intoxication and helmet use.

‘Other studies that have described e-scooter-related head injuries underline the association between these injuries and intoxication and the lack of helmet use.’

The study was published in JAMA Network Open. Two years ago US scientists found e-scooter riders are more likely to get in an accident and suffer an injury than any other form of personal transport.

They estimated for every million rides made on an e-scooter, about 115 will result in some form of injury.

In comparison, motorcyclists face the prospect of an injury 104 times out of a million – and for people on a bicycle it is just 15 injuries per million trips.

The University of California Los Angeles (UCLA) team used data on 1,354 people treated at clinics in Los Angeles from January 2014 and January 2020 – before and after the introduction of e-scooters to the area.

It’s feared the ease of public access to on-demand shareable scooters and safety regulations still in their infancy will lead to a significant number of injuries each year..

In the year ending June 2021 there were 882 accidents involving the devices across Britain, government figures show. This resulted in 931 casualties – of whom 732 were e-scooter users.

More than 100 injuries to riders a year are being recorded in London – along with around 20 incidents of pedestrians being hurt after being struck by an e-scooter.