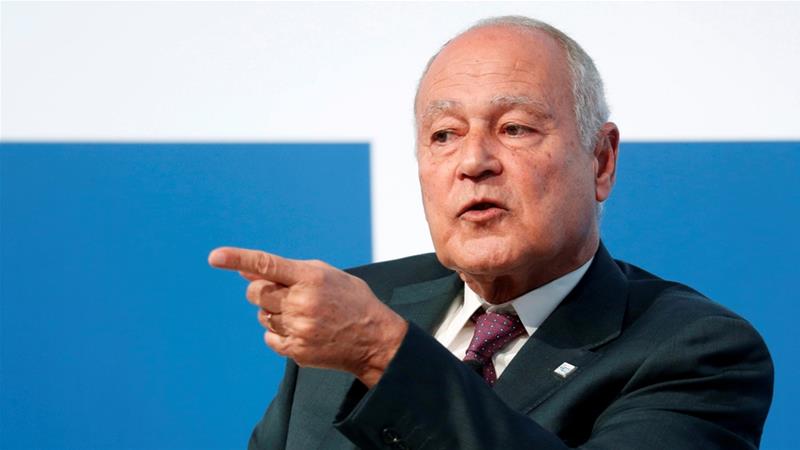 The Arab League, comprising 22 member states, told Brazil’s right-wing President-elect Jair Bolsonaro that moving Brazil’s embassy in Israel to Jerusalem would be a setback on relations with Arab countries, in a letter seen by Reuters on Monday.

The move planned by Bolsonaro, who takes office on January 1, would be a sharp turn in Brazilian foreign policy, which has traditionally backed a two-state-solution on the Israeli-Palestinian conflict.

Ambassadors representing Arab nations are expected to meet in Brasilia on Tuesday to discuss Bolsonaro’s plan, following US President Donald Trump’s decision to relocate the country’s embassy in Israel from Tel Aviv to Jerusalem, according to an Arab diplomat who asked not to be named.

Brazil would become the second major country after the United States to do so.

The letter to Bolsonaro from the league’s Secretary-General Ahmed Aboul Gheit, delivered to Brazil’s foreign ministry, said the decision on where to locate an embassy was the sovereign decision of any country.

“However, the situation of Israel is not normal, seeing that it is a country that has been occupying Palestinian territories by force – among them East Jerusalem,” the letter said.

Moving the embassy to Jerusalem would be considered a violation of international law and the United Nations Security Council resolutions, Aboul Gheit said.

The embassy move has been praised as “historic” by Israeli Prime Minister Benjamin Netanyahu, who plans to attend Bolsonaro’s presidential inauguration, according to the Brazilian president-elect’s transition team.

“The Arab world has much respect for Brazil and we want not just to maintain relations but improve and diversify them. But the intention of moving the embassy to Jerusalem could harm them,” the diplomat said.

Jerusalem as a capital

Israel claims the entirety of Jerusalem as its “united” capital, and its annexation of occupied East Jerusalem in 1967 effectively put the entire city under de-facto Israeli control.

Palestinians, however, view East Jerusalem as the capital of their future state.

In December, President Trump reversed long-standing US policy and recognised Jerusalem as the capital of Israel, prompting Palestinian President Mahmoud Abbas to boycott his administration.

After the US embassy was moved to Jerusalem, the Arab League called it a “blatant attack on the feelings of Arabs and Muslims” and a “grave violation of the rules of international law” that would destabilise the region.

Brazil was among the 53 countries with diplomatic missions in Israel that did not accept the invitation to the opening ceremony of the US embassy in Jerusalem.

Brazil is one of the world’s top halal meat exporters and that trade could run into trouble if Bolsonaro angers Arab nations by moving the embassy. That could hurt exports to key Middle Eastern markets for Brazilian beef and poultry producers, BRF SA and JBS SA.

Halal meat is butchered and prepared as prescribed by Muslim law.

The meat exporters lobby has pressed the incoming president not to move the embassy, and he appeared to change his mind.

But the president-elect’s son, Eduardo Bolsonaro, speaking after recently visiting Trump adviser and son-in-law Jared Kushner at the White House, said the embassy move was “not a question of if, but of when.”