Kate, 45, stars as Georgia Wells in the eight-part ITV series, the widow who returns to the Congo three years after a tragic plane crash saw her husband mysteriously disappear, as his body was never recovered from the wreckage.

However, Georgia’s interest in trying to track down her husband Will (played by Matthew Le Nevez) is sparked when she sees a man resembling his physical appearance in a news report, with the end of last week’s second episode revealing Will was still alive.

Georgia’s mission however is being jeopardised as it’s become clear someone doesn’t want her to discover the truth about Will’s fate, leading to the death of her friend Emmanuel (Jacky Ido) in a car bomb explosion, intended for her.

Though, amongst the high-octane drama of the Amazon Prime collaboration, there is some truth to the story as writer Jack Williams, who wrote the thriller alongside his brother Harry Williams, drew inspiration from his fiance’s experiences.

Something we had been talking about

Speaking to press, including Express.co.uk ahead of the series launch, Jack explained about the creation of The Widow: “We were talking about stuff in our lives at the moment and the girl I started seeing at the time, when I met her, was a widow.

“She had written a book about it and it had been something we had been talking about and so naturally, [we] ended up coming up with a drama.

“We were just talking about that thing being a widow and what that means and the emotional experience of it,” the writer continued, though he added the scenario of the plane crash was created purely for the drama, not from his fiance’s memoir.

“As usual, it’s never one thing, lots of ideas come at us at the same time.”

Georgia’s journey won’t be the only story told in the coming weeks as the writers also explained the drama will follow a non-linear narrative. 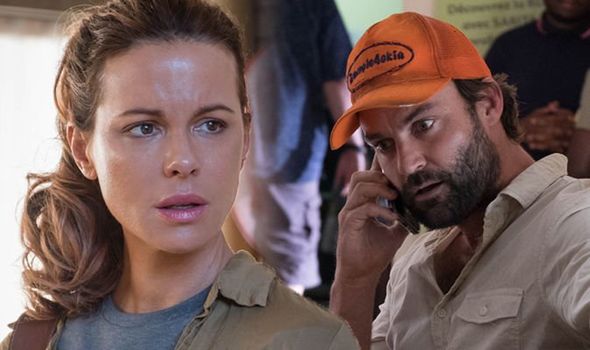 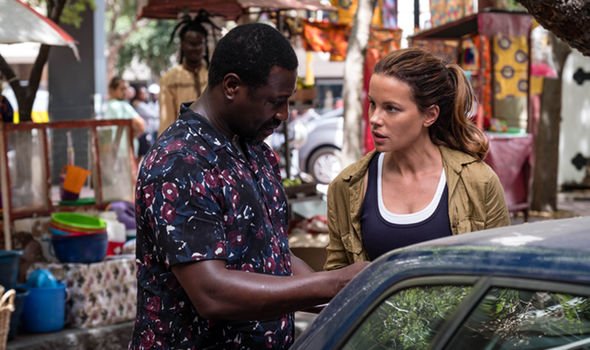 As well as seeing the journey through Georgia’s eyes, the story will be thrown back to the past and see the gripping thriller unfold from the other character’s perspectives.

Harry explained: “It’s more difficult, more difficult storytelling. More challenging because you’re looking at different time frames and different story strands, so, it’s how you get a rhythm and a flow through those without the show, the story without getting too detached.

Jack added: “Episode one we go back in time and see Georgia’s journey, but actually, over the series you find we do that with different characters.

“There’s moments in episode one which actually come back in episode three from a different perspective so, it all fits together rather satisfyingly.” 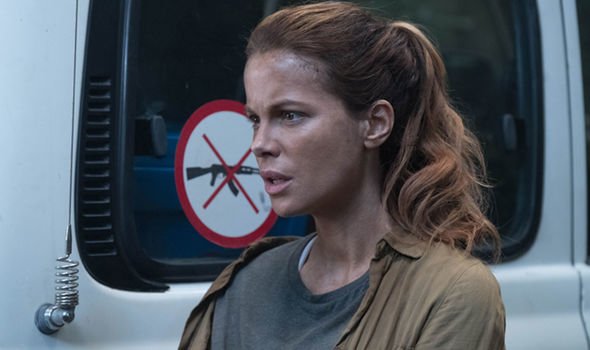 After Emmanuel’s death, Georgia was joined by her husband’s former work colleague Judith Gray (Alex Kingston) as the pair went on to continue the quest in tracking down the mysterious Peter Bello (Bart Fouche).

Posing as a grieving relative after the plane crash, Georgia believed Pieter was on her side though her investigation into Will’s disappearance revealed he knew her husband was alive.

However, as she pursues her mission, will Georgia find herself in grave danger as the truth regarding Will’s disappearance comes to light?

Amongst the drama of the action-packed thriller, viewers were distracted by Kate’s appearance during last week’s second episode as they seemed more concerned about the state of her hair.

Taking to Twitter, one viewer posted: “I have so many questions but my most important one is how the hell is Kate Beckinsale keeping that ponytail so perfect?! #thewidow.”

The Widow continues tonight at 9pm on ITV.