Strictly Come Dancing winners this year may be denied the chance to pose with their hard-earned prize due to the Glitterball trophy breaking and not being fit for display on Saturday night, with one source calling it ‘cursed’.

The pinnacle of a Strictly Come Dancing victory for the triumphant celebrity and their dance partner is posing with the Glitterball trophy.

A sizeable piece of silverware, the trophy is a scaled-down version of the giant glitterball which hangs down from the Strictly studio.

However there are fears that the moment contestants dream of will not be realised on Saturday night.

It’s been reported by the Daily Star the trophy has suffered its own wardrobe malfunction and may be ruled out of an appearance. 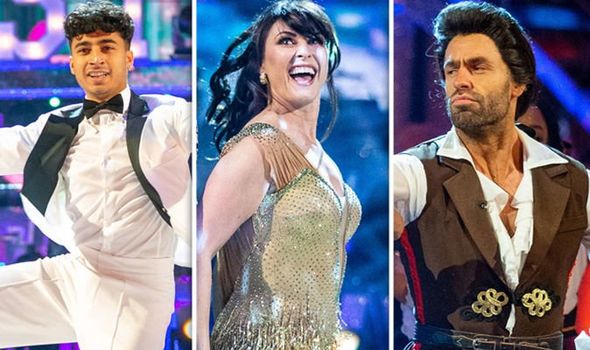 The mirrorball, perched atop its plinth, was found to have shed mirrored pieces when it arrived at the studio.

This Saturday one out of Kelvin Fletcher, Karim Zeroual, and Emma Barton will hoist it aloft to celebrate their victory.

Now it’s feared that the trophy won’t be available for that critical moment which officially marks the end of the show’s series.

A source has said that the damage now means that there is a new element to the so-called ‘Strictly curse’.

Usually the ‘curse’ of Strictly refers to celebrities and their dance partners adding new routines to their relationship they wouldn’t display on primetime TV.

The source commented on the Glitterball’s less than glittering state: “Strictly’s known for its curses with romances and now we have a new one.”

This is not the first time that the trophy has caused a headache for the show’s production team.

Last year Stacey Dooley misplaced it during the show’s afterparty and was unable to find it. 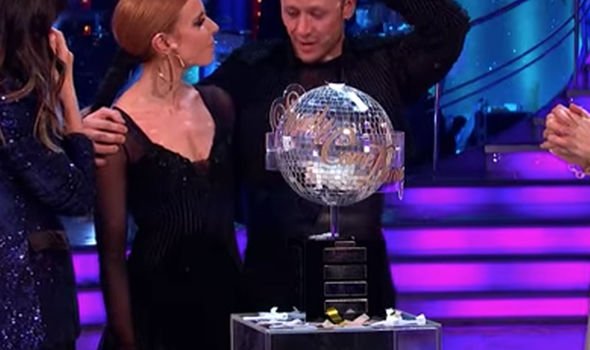 Dr Ranj Singh has spilled how Stacey sent a message to all the contestants in their WhatsApp group to ask if any of them had seen a large trophy in the shape of a glitter ball.

Ranj shared this story on the Telegraph’s Talking Strictly podcast, revealing he may have taken advantage of the situation for a snap.

“Here’s a little secret… so after the after party, I may have snuck a picture with Stacey’s trophy.

“Then there was a message on the WhatsApp group yesterday saying, ‘Has anyone seen my trophy? I left it in the room with all the bags and now I can’t find it’.” 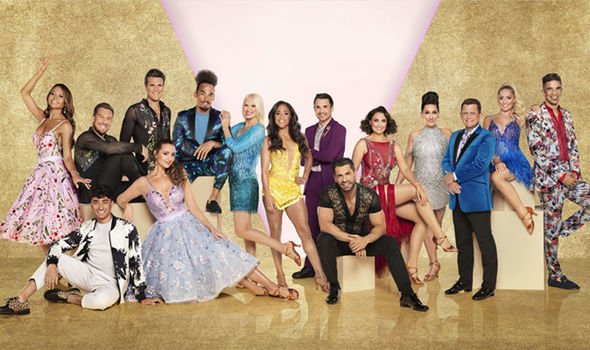 On the subject of curses, the word was brought up again when David James and dancer Nadiya Bychkova were caught on camera during rehearsals for the final.

Aljaž Škorjanec posted a snap as the group prepared for the final, where eliminated contestants return for a celebration of the show’s run.

Currently the final is seen as too close to call, although the favourites remain Karim and Kevin, the two Ks who’ve wowed audiences throughout the run.

Strictly Come Dancing reaches its finale on BBC One tomorrow at 7.05pm.