The Easter Island statues have stood guard over Rapa Nui or Easter Island, for nearly 1,000 years. The ancient monoliths have long baffled archaeologists who have tried to understand their origin and purpose.

More than 1,000 of the Easter Island heads dot the landscape of Rapa Nui, believed to have been carved by a Polynesian civilisation.

But scientists are still uncertain about their exact purpose or the meaning behind their creation.

A team of researchers from the University of California, Los Angeles (UCLA), however, may have cracked the Rapa Nui mystery.

A new study published by Jo Anne Van Tilburg of the Easter Island Statue Project claims to have deciphered the meaning behind the stone heads or Moai. 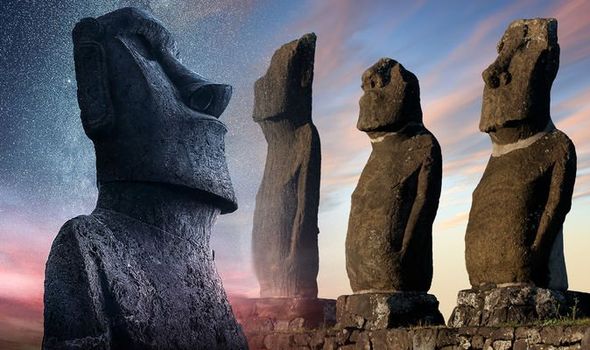 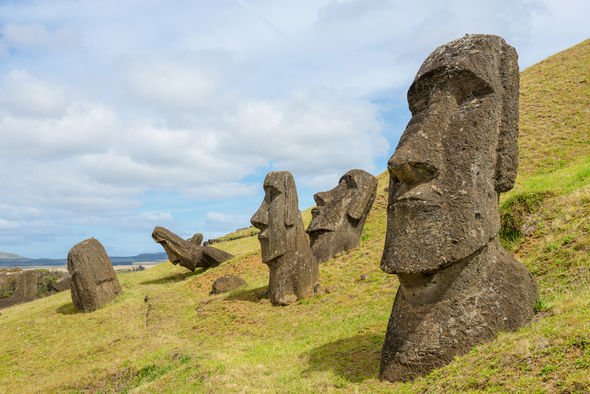 In a study published in the Journal of Archaeological Science, researchers have claimed the Moai served a critical role for the Easter Island people.

According to the study, the Moai were carved and placed all over the island between the 14th and 19th century to boost the fertility of the land.

Dr Van Tilburg and her team examined a particular pair of stone heads in the Rano Raraku quarry on the east side of the island.

The two stone heads were most likely raised between the years 1510 and 1645.

About 95 percent of all of the Moai on Rapau Nui can trace their origin back to the Rano Raraku quarry.

Dr Van Tilburg analysed soil samples from around the quarry to find evidence of foods like bananas, sweet potatoes and a tropical plant known as taro.

The abundance of foods in the soil around the Rano Raraku quarry suggests the land was an agricultural hotspot for the Rapa Nui.

The Moai were central to the idea of fertility

Dr Van Tilburg said: “Our excavation broadens our perspective of the Moai and encourages us to realise that nothing, no matter how obvious, is ever exactly as it seems.

“I think our new analysis humanises the production process of the Moai.”

The archaeologist has spent the last 30 years working on Easter Island. 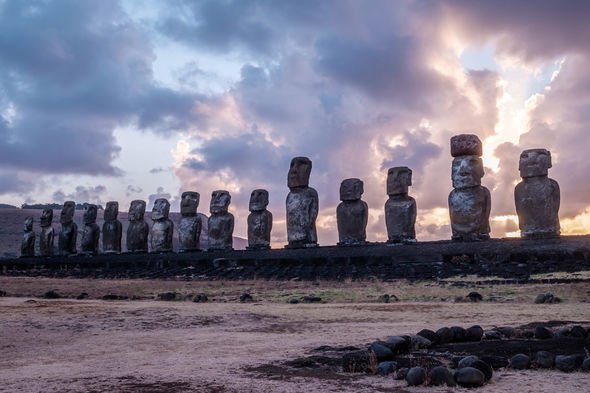 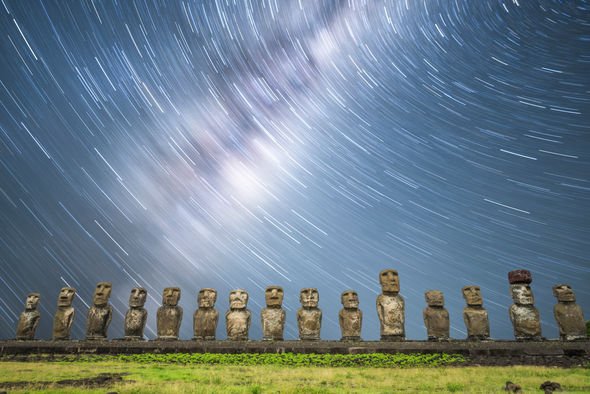 Her most recent discovery was aided by soil specialist Sarah Sherwood and UCLA archaeologist Tom Wake.

Dr Sherwood said: “When we got the chemistry results back, I did a double-take.

“There were really high levels of things that I never would have thought would be there, such as calcium and phosphorous.

“The soil chemistry showed high levels of elements that are key to plant growth and essential for high yields.

“Everywhere else on the island the soil was being quickly worn out, eroding, being leeched of elements that feed plants, but in the quarry, with its constant new influx of small fragments of the bedrock generated by the quarrying process, there is a perfect feedback system of water, natural fertiliser and nutrients.”

The expert believes the discovery points to an agriculturally-minded civilisation that knew to plant different crops in the same spot time and time again.

Dr Van Tilburg added: “This study radically alters the idea that all standing statues in Rano Raraku were simply awaiting transport out of the quarry.

“That is, these and probably other upright Moai in Rano Raraku were retained in place to ensure the sacred nature of the quarry itself,

“The Moai were central to the idea of fertility, and in Rapanui belief their presence here stimulated agricultural food production.”