“She wants to be an actor,” the 6 Underground star, 43, said during a Thursday, December 12, episode of The Tonight Show Starring Jimmy Fallon. “I explained to her, I was like, ‘Look, that’s huge burden on your nervous system, having to process all of that attention and information. Or else, you develop all of these unhealthy coping mechanisms.’ She just, like, looked at me like she didn’t know what the f–k I was talking about.”

The actor went on to joke, “I was like, ‘You know what? Here’s what’s cheaper and easier is, like, let’s just skip showbiz and enroll you right into cocaine. Because showbiz is not good for kids.’ I feel like we should know this by now, right? But parents everywhere are like, ‘Yeah, let’s just put them in a movie, unsupervised.’” 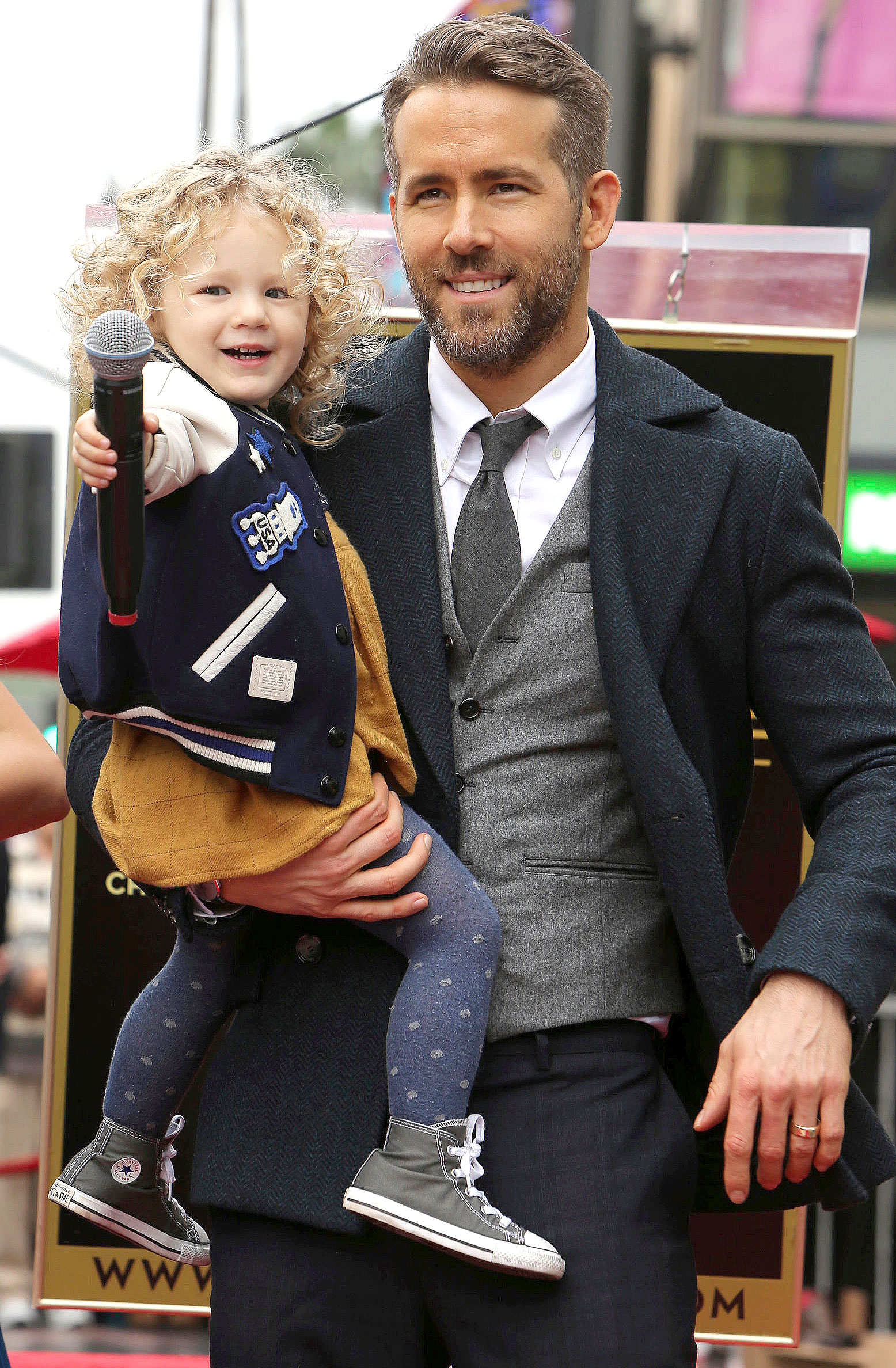 The Aviation Gin creator admitted that he and Blake Lively, who also share Inez, 3, and a newborn daughter, would be “fine” with James acting. The little one loves “singing songs, doing plays at home [and performing in] recitals.”

“But being a child actor in movies and stuff? That’s, like, a whole other ball of wax,” Reynolds explained.

James is also interested in Jimmy Fallon, the actor said, telling the host, 45: “She’s obsessed. Jimmy Fallon is Shawn Mendes to my daughter, like, legitimately. … She loses her mind.”

Us Weekly broke the news in October that he and the Gossip Girl alum, 32, had welcomed their third child. While Reynolds revealed later that same week that Lively had given birth to a baby girl, the couple, who wed in 2012, have yet to share the infant’s name.

“Leaving the house is getting harder and harder” since her arrival, the Canadian star admitted during a Thursday, December 12, Today show appearance. “It gets a lot harder when they ask, ‘Where are you going? When are you coming home? Why are you leaving me?’”