Long before Disney had the license, Star Wars fans were stunned by the 2005 film Star Wars: Revenge of the Sith, as Anakin Skywalker (played by Hayden Christiansen) killed his wife Padme Amidala (Natalie Portman) in a fit of rage. This dramatic turn of events was the final straw that broke the camel’s back, and sent Anakin hurtling over the edge of the Dark Side to become the iconic Darth Vader.

Vader has since appeared in a number of other Star Wars stories, which have showcased the overlord as a vicious killer.

Whether it has been in video games or cartoons, Vader has always been the ultimate bad guy.

However nothing is ever really mentioned about his past life, or indeed his wife.

Now, for what could be the first time, Vader’s life with Padme has been extended just a little, with his return to Naboo. 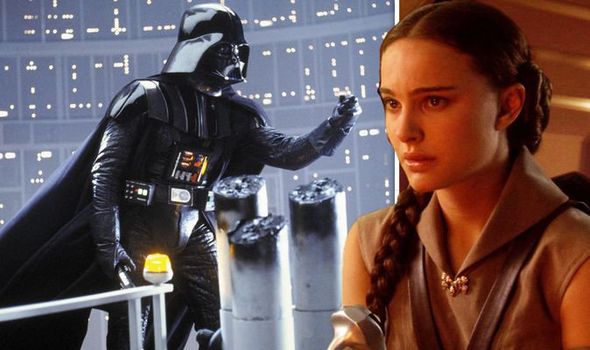 The Sith lord’s latest comic book showcases him returning to Naboo after the events of The Empire Strikes Back.

As detailed by StarWars.com, he seeks revenge against those who hid Luke Skywalker (Mark Hamill) from him.

The first few slides of the comic book show a warrior attacking Vader, and when he dies he cries: “For Padme, and for Anakin.”

If this wasn’t enough to get Vader feeling a little emotional, he then stumbled upon the tomb of Padme herself.

Staring up at a giant statue version of his wife – whom he killed – will no doubt seep into his mind.

Could this have been the first step towards Vader turning over a new leaf, and helping Luke Skywalker take down the Emperor (Ian McDiarmid)?

Unfortunately, fans will have to wait and see, but they can at least get another brief glimpse into the life that Vader inhabited before the events of the original trilogy.

Fans of the franchise absolutely love getting further insight into a number of the characters’ backstories.

However it was recently announced Solo: A Star Wars Story will not be receiving a sequel.

Despite this, he did go on to praise the flick, and indeed its passionate fans.

It’s amazing to be a part of a Star Wars movie that seems to be a kind of underground hit,” he said.

“Which, is not what you’d expect, but that’s been an odd, strange journey for that movie.”

The next film in the Star Wars saga has not yet been announced either.

The Star Wars Saga is available to watch on Disney Plus.