A HEARTBREAKING photograph of a baby in a holdall has shown how desperate migrants are risking everything to get to Britain.

The baby was just one of a record 235 migrants who made it across the Channel to Britain yesterday. 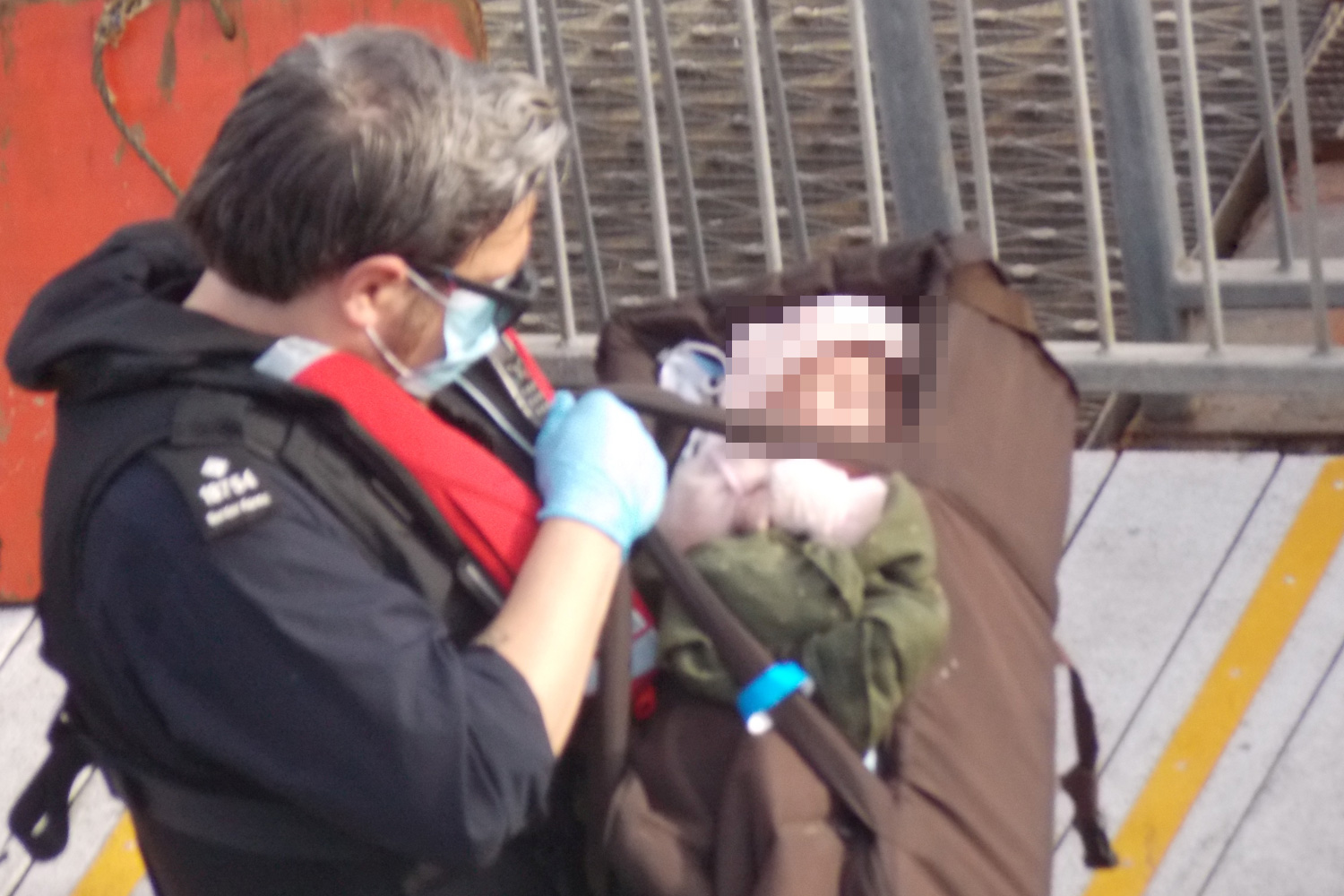 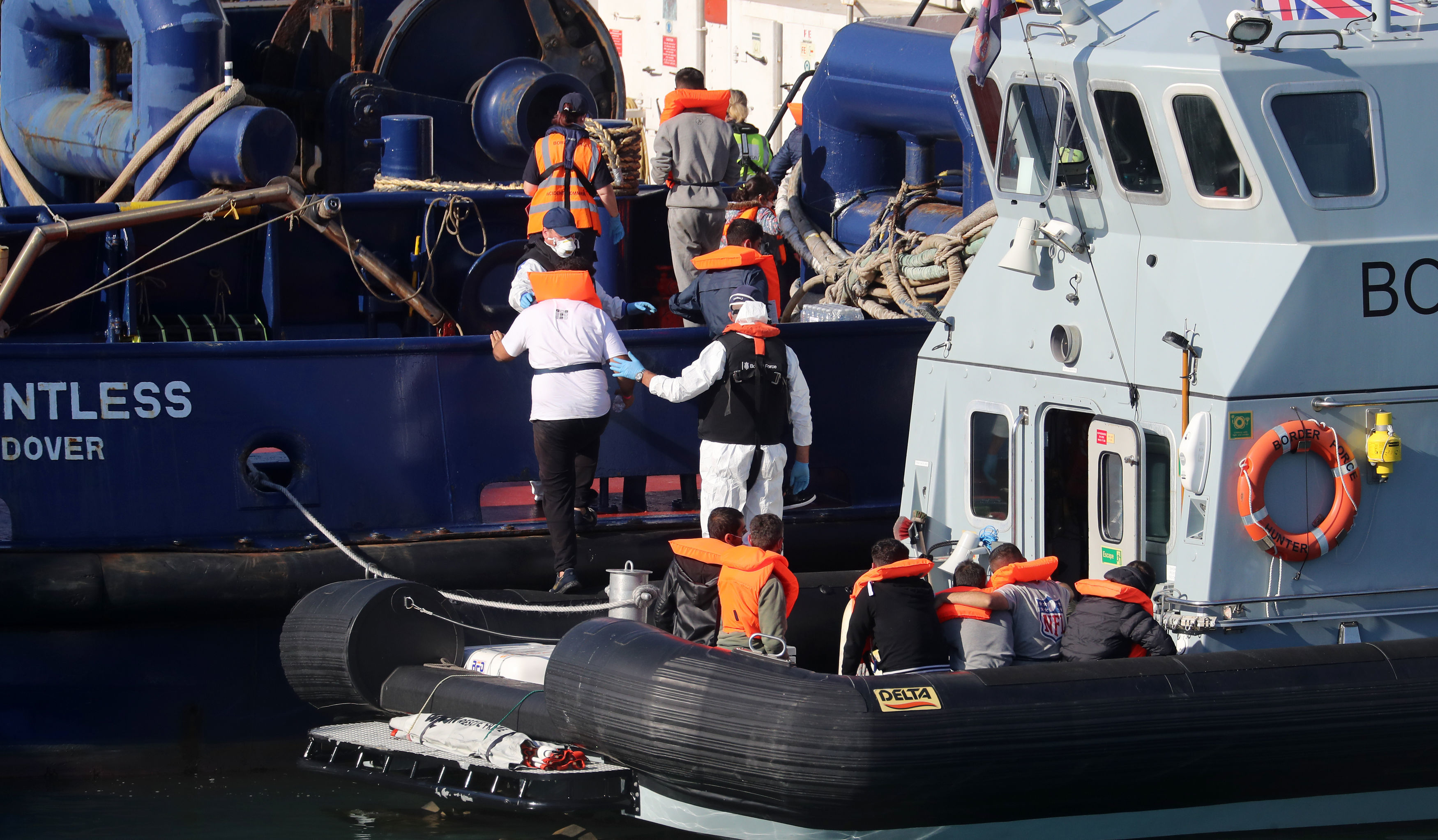 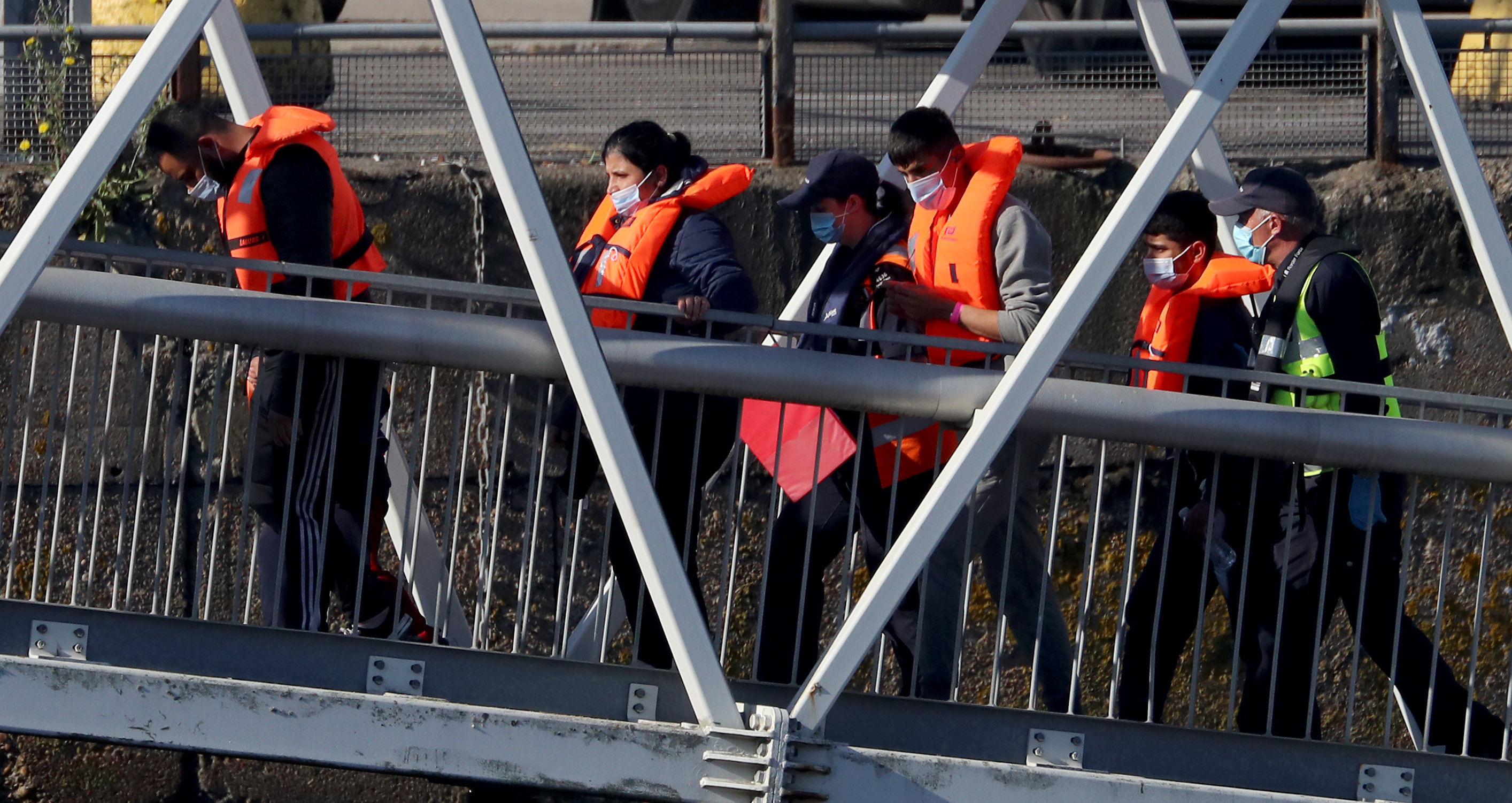 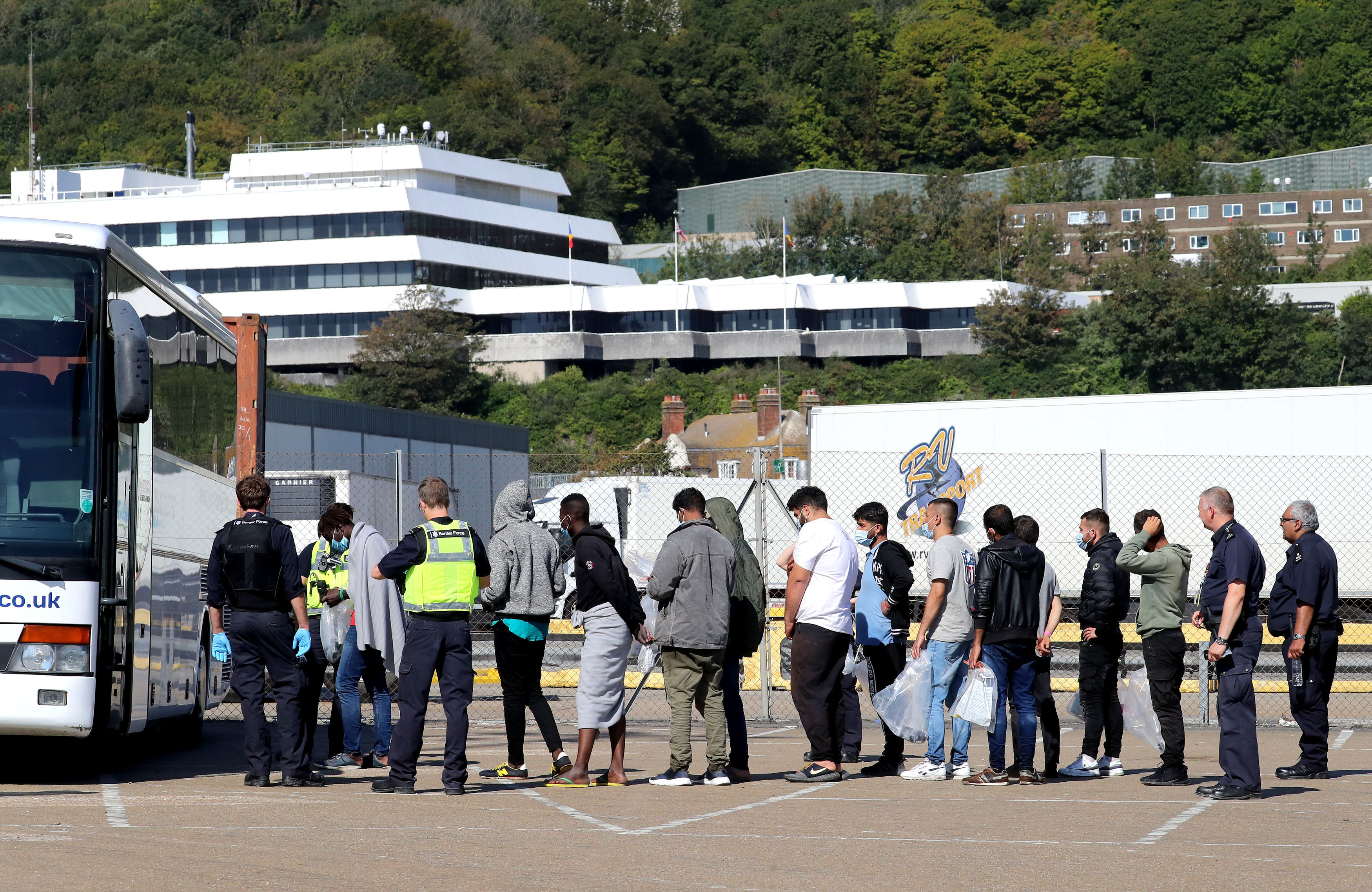 Hundreds of men, women and children took advantage of the calm waters to tackle the 21-mile strait in dozens of small boats and kayaks.

And this morning, some 100 migrants have already crossed the border on 11 boats as authorities anticipate another record day.

Among them was a group of 12 men aged in their 20s who were on a small boat which was intercepted by a Border Force vessel.

They were given face masks and were seen being bundled into a bus in the Port of Dover around 10.30am – but did not appear fazed after making the treacherous crossing over the world's busiest shipping lanes.

The group will be taken in for questioning by immigration officials.

Yesterday was the highest daily total on record – topping the 202 on July 30 – and means 3,800 have reached our waters illegally this year.

Home Secretary Priti Patel has demanded Border Force officials to carry out a review of our defences in the Channel following calls to send in the Navy to tackle the crossings.

She also demanded to speak to her French counterpart, angry that not enough is being done.

A Home Office source said: “Priti has ordered a review into our maritime assets in the Channel, and our presence obviously needs to be increased.”

Pictures from yesterday showed a pregnant woman had landed on the beach at Dungeness, Kent. Others landed further along the coast.

Priti has ordered a review into our maritime assets in the Channel, and our presence obviously needs to be increased."

Amateur photographer Susan Pilcher said: “I could hear the Border Force workers asking how many months pregnant she was and she said eight.

"When you think she’s doing such a risky crossing over the Channel when she’s heavily pregnant, it must be such a frightening thing to do.”

Three migrants were rescued from their sinking inflatable kayak by a charity swimmer.

Builder Justin Legge, 49, was on his way back from Calais on his support boat in the early hours of the morning when the group was spotted ten miles from Dover.

Justin, from Bridge near Canterbury, said: “They’re lucky to still be alive.”

Dover MP Natalie Elphicke has thrown her weight behind calls to send in the Navy.

She said: “It’s time for change – too many illegal entrants are breaking into Britain.”

Colleague Tobias Ellwood told Sky News: “Anyone genuinely claiming asylum should do that in the first country they reach in Europe.”

Minister for Immigration Compliance and the Courts, Chris Philp, said: "I share the anger and frustration of the public at the appalling number of crossings we have seen today.

"The crossings are totally unacceptable and unnecessary as France is a safe country.

"We work closely with France and I will be in Paris early next week to seek to agree stronger measures with them, including interceptions and returns.

"This situation simply cannot go on."

An estimated 230 took advantage of the calm waters to tackle the 21-mile straight in dozens of small boats and kayaks. 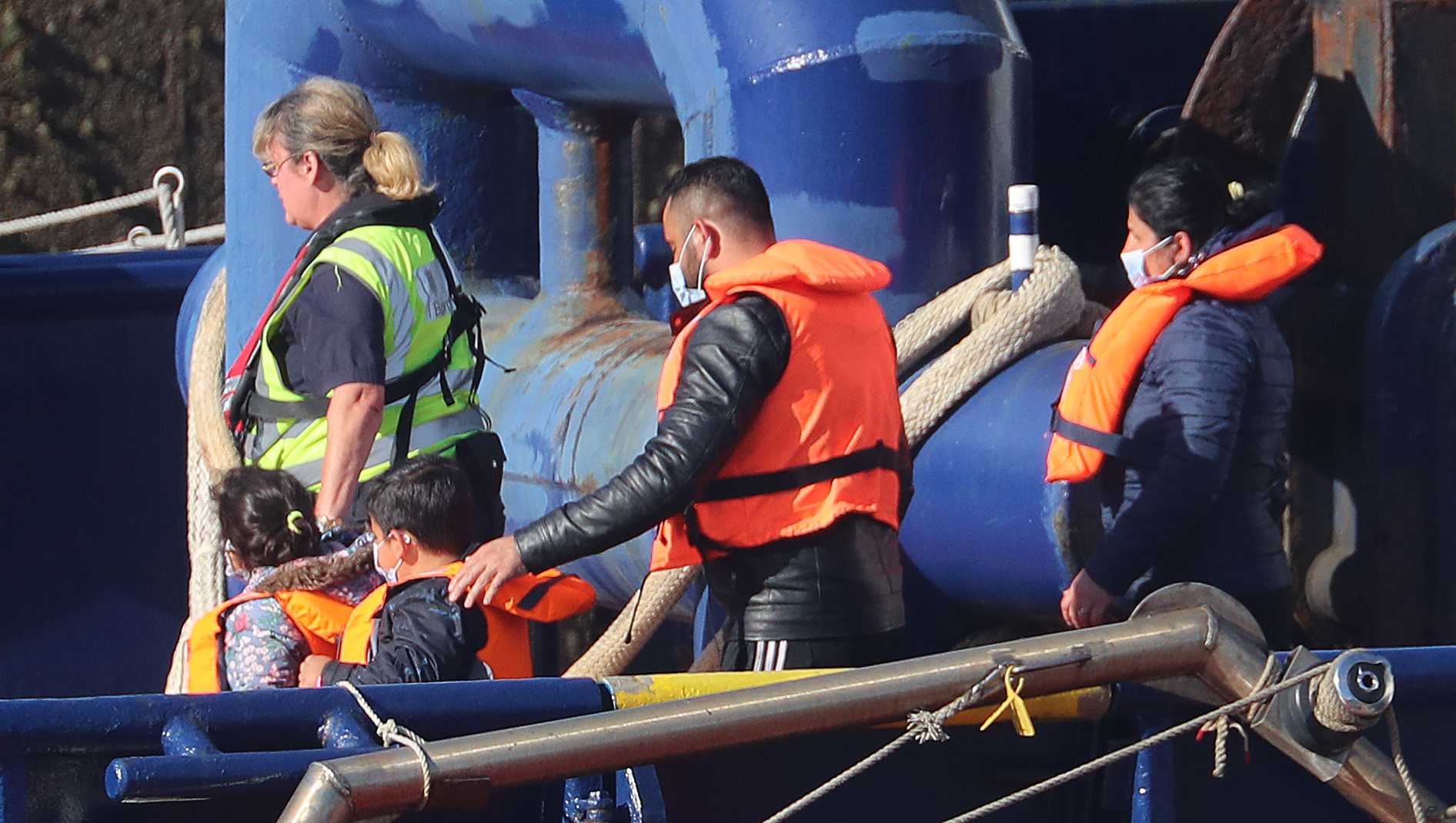 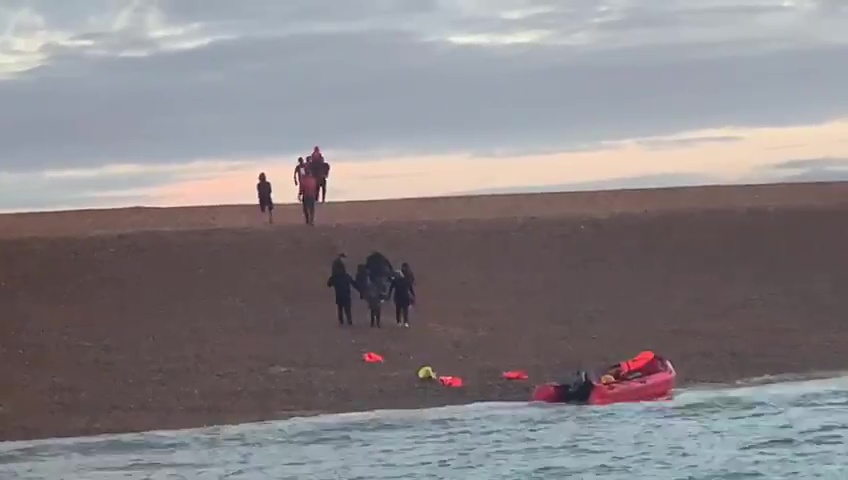 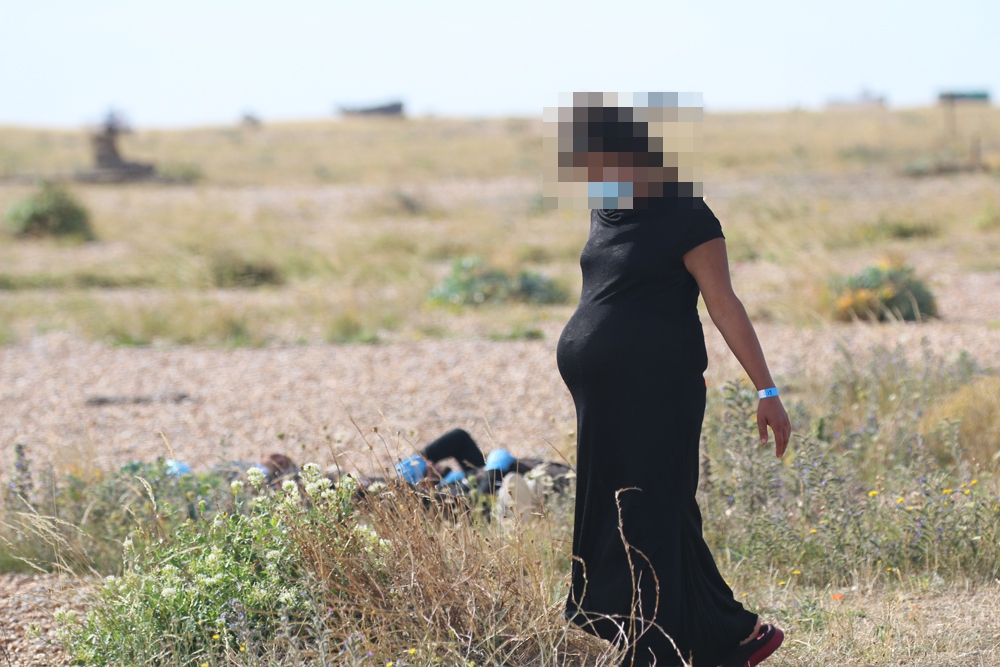 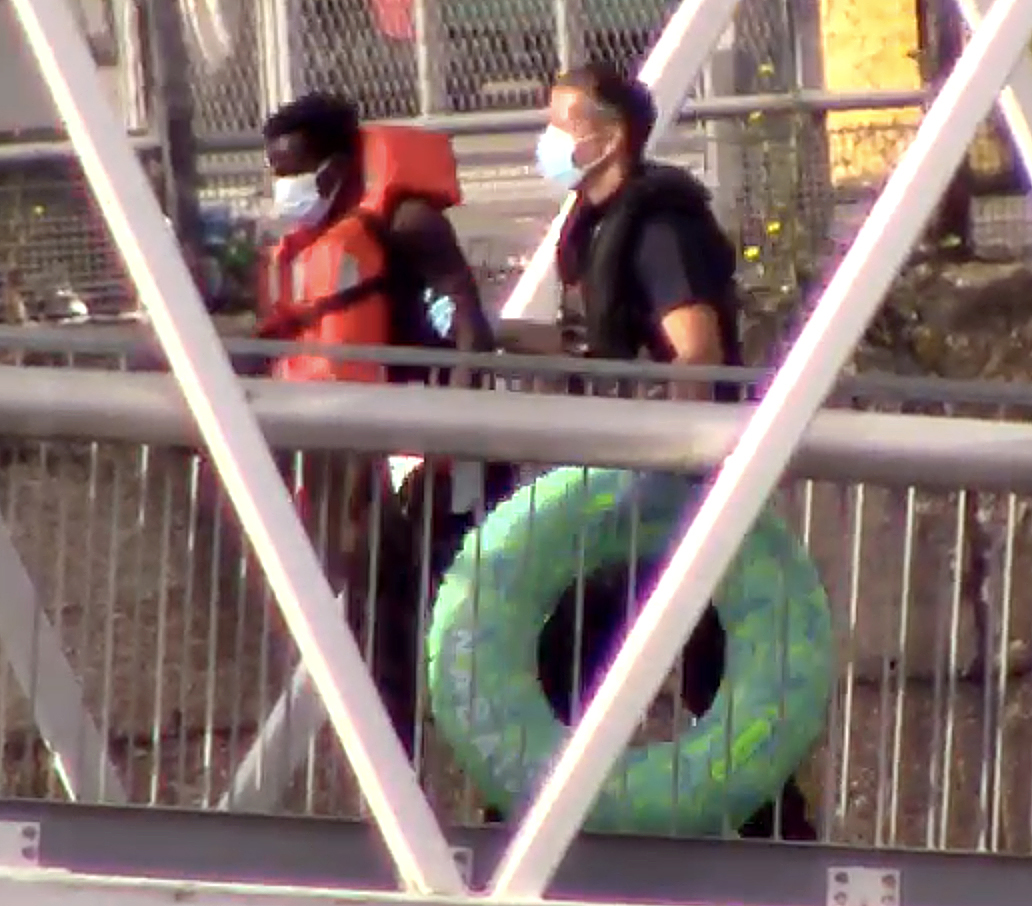 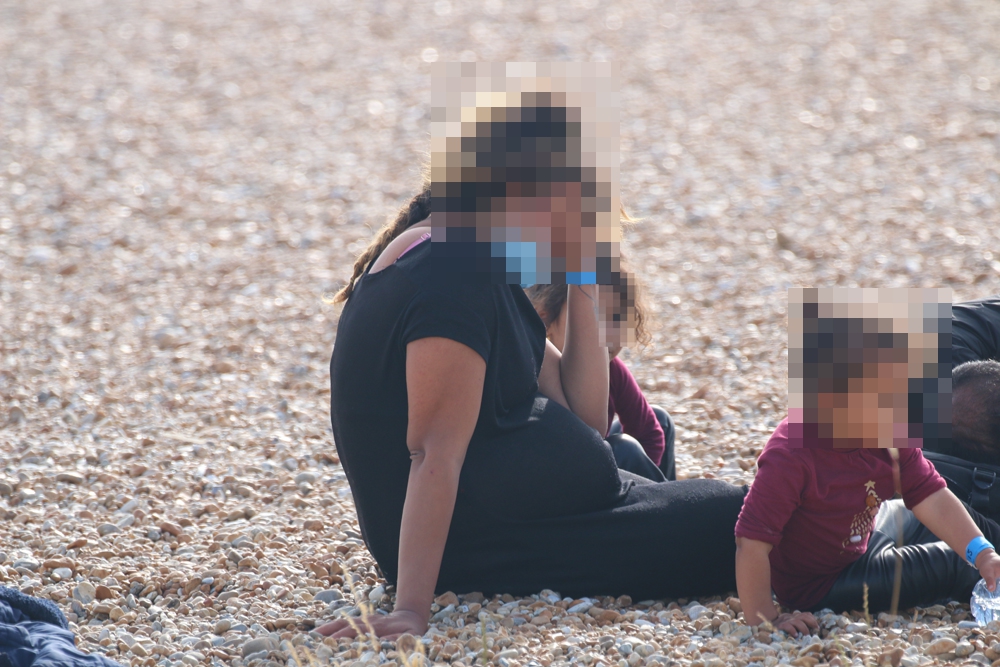 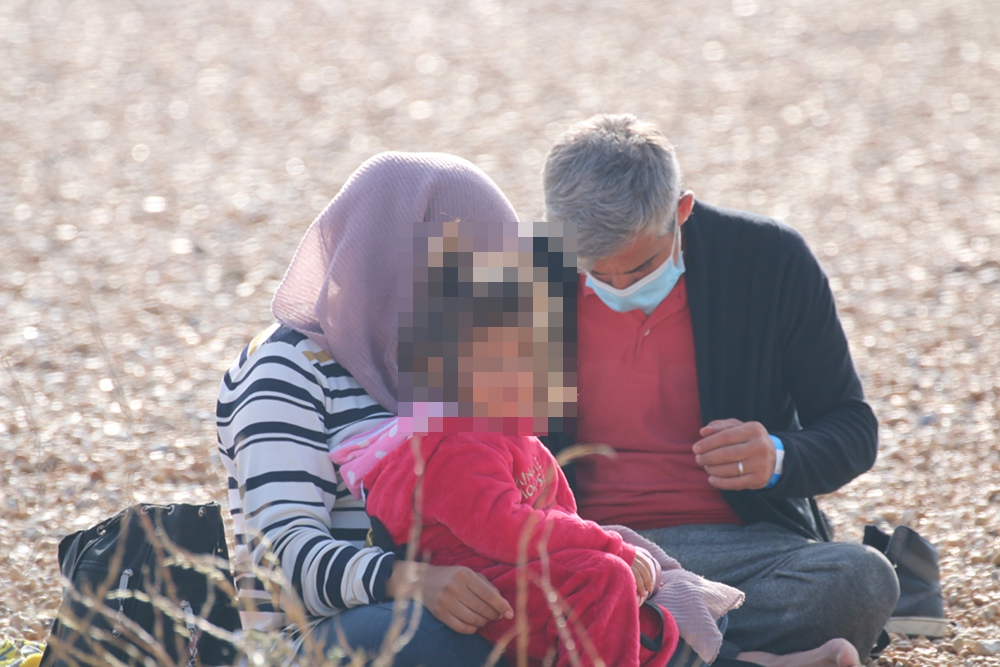