Saturday Kitchen host Matt Tebbutt was joined by Bake Off judge Prue Leith where she showcased her new book, Bliss on Toast. During her segment, she explained where the inspiration for the book came from, explaining she was fed up with throwing away leftovers. As she explained some of the recipes in the book, viewers were left wildly unimpressed with some of the food she was putting on top.

Kicking off her segment, Matt asked how he could help her, to which she simply stated: “You have to make toast.”

Wondering what her inspiration for the book was, Matt asked: “Now all of these are from your new book, Bliss on Toast. So tell us how the book came around?”

She explained: “Well the thing is, over lockdown, I made an awful lot of food for two and it is so boring cooking for two. 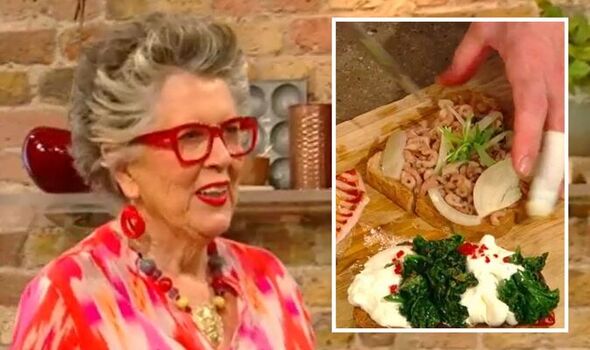 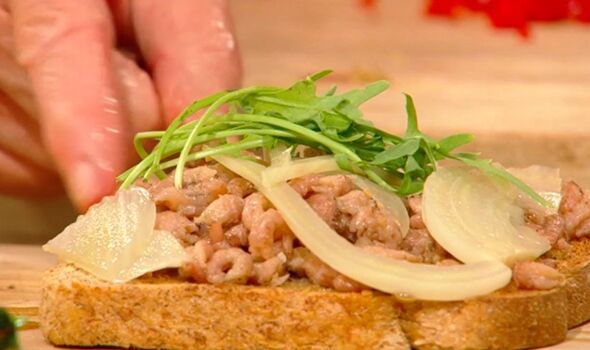 “So of course, they all ended up on toast, and I really, by the time had gone through two years of this, I was really good at it.”

Prue also managed to get herself flustered with the oven top and had to ask Matt twice to help turn it on and off.

As the recipes came together, Prue gave a brief explanation of what each topping consisted of, explaining: “This is wholemeal bread with potted shrimps and pickled fennel.

“Then this is my favourite, which is just stir-fried kale with a little bit of chilli and coriander and a burrata and it is sitting on toast spread with tapenade. 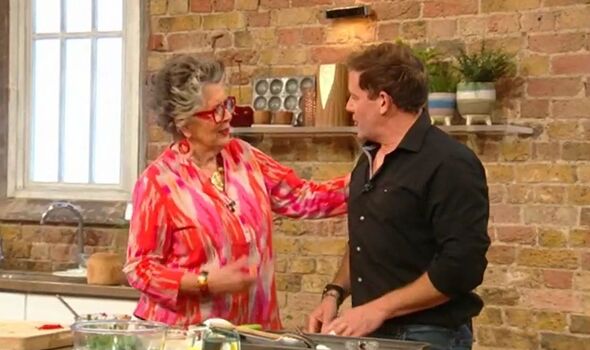 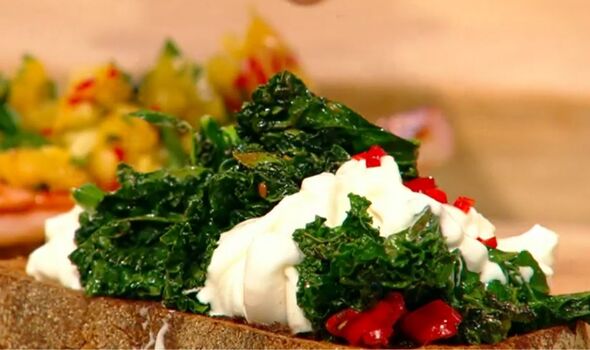 “And this one is, this is the answer to the 80s pineapple thing, it is just a slab of ham grilled and a salsa made of pineapple and chilli.”

Advocating for people to use the recipes at dinner parties, Prue added: “I think it makes a really good lunch.

“And if you have friends round it is just more relaxing than a dinner party, where you have to worry about the formality.”

Viewers watching the show from home were outraged at the toppings and took to their Twitter accounts to express their thoughts.

@Kiz_BLOCKHEADZ fumed: “This woman doesn’t know how to cook get her off the telly #saturdaykitchen.”

@SebastianTomCat sarcastically wrote: “Inspirational, I’m going to make cheese on toast with brown sauce on top in a bit. #SaturdayKitchen.”

@cb_038 asked: “Who has potted shrimp and lavender oil during a cost of living squeeze? Get real, utter middle-class sh**e! #SaturdayKitchen.”

@Tube_Screamer teased: “Had to check my calendar to make sure it really is 1st October and not 1st April. #SaturdayKitchen.”

Michael R Humphreys slammed: “#SaturdayKitchen What an embarrassment Leith is……and a waste of an opening segment.”

Saturday Kitchen airs Saturday from 10am on BBC One.