Good Morning Britain kicked off with Piers Morgan ranting about the possibility of a second wave of coronavirus and what he saw as the failings of the British public and government during the outbreak. The controversial presenter shared his concerns with co-host Susanna Reid and Dr Hilary Jones as he compared the current crisis to the Spanish Flu pandemic.

As lockdowns have begun to lift across Europe over the past couple of weeks, Piers slammed governments for “giving up” on tackling the coronavirus.

The controversial host slammed those who wanted lockdown to end and implied the UK should have adhered to tighter restrictions for longer.

“We gave it two months and said then we all went, ‘No, we’re done with this sorry, we’ve done our commitment to the war.’ 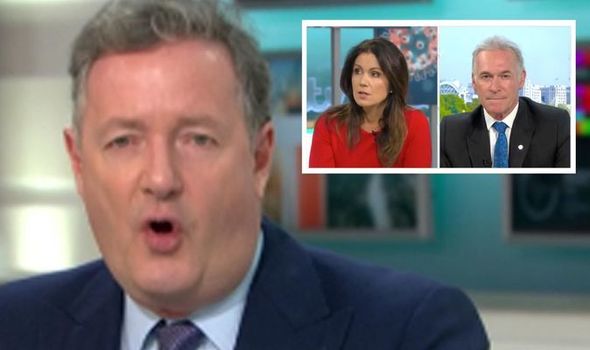 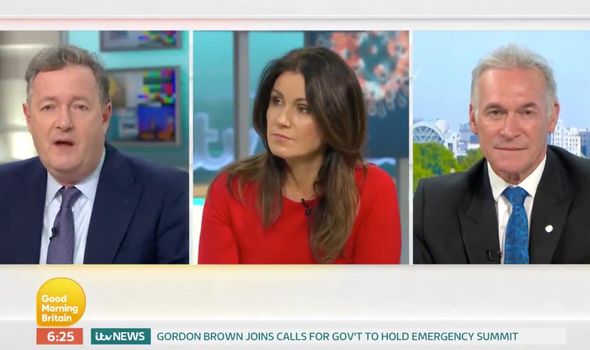 “But this concerted, global, ‘No, we’re done with that, we want our freedoms back.’”

Piers compared the current outbreak with the Spanish Flu and warned the second wave in that pandemic would be worse than the first.

He continued: “Ok, alright, that’s what they said in 1918 and they all went rushing back out before the virus had really got a grip. 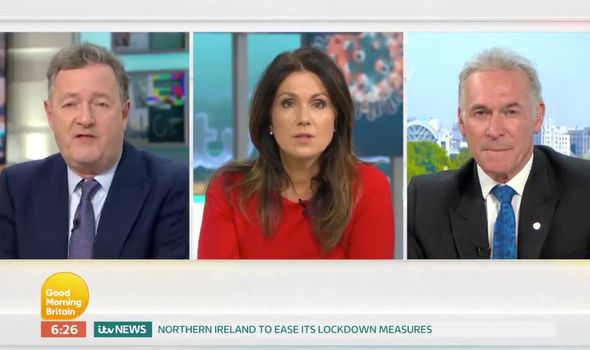 “Exactly the percentage numbers you’re talking about Hilary, only a very small number of people in any of these countries have had the virus yet.

“And it was the second wave of the Spanish Flu pandemic that was the devastating one.”

“I just hope to God that it is not where we find ourselves in a few months when it collides, by the way, this winter with regular seasonal flu for example,” Piers said.

“That is the moment when health systems can get really run over if we’re not careful.”

“But people they know best,” the controversial host sarcastically remarked.

GMB viewers were divided over Piers’ point of view on a second wave and took to Twitter to comment.

One said: “Well he would do being a world expert on everything. He’s so inspirational and uplifting. Doom and Gloom Lord Haw-Haw. Get rid he’s doing GMB more harm than good.”

“Once again he thinks he’s an expert. Stopped watching – always focusing on negative. Doom and gloom scaremongering. Do everyone a favour and get rid of him. The show is a joke,” another shared.

A third added: “Piers & Susanna were both screaming and shouting for a plan to exit lockdown, the government lay out a plan and set it moving and they are screaming second wave, yes at some point we will get one but we knew that already.”

However, other viewers agreed with Piers as one wrote: “And he’s not wrong. Kids going back to school too early, people meeting up without following rules. My team and I are poised and ready for the second wave #stayhome #nhs.”

“I agree. We have seemed to have learned no lesson from the 1918 pandemic. So sad. Let’s not close the Nightingale Hospitals just yet. If we have no increase by June 20th then I would have been glad to have been wrong @GOVUK,” someone else said.

Good Morning Britain airs weekdays on ITV at 6am.