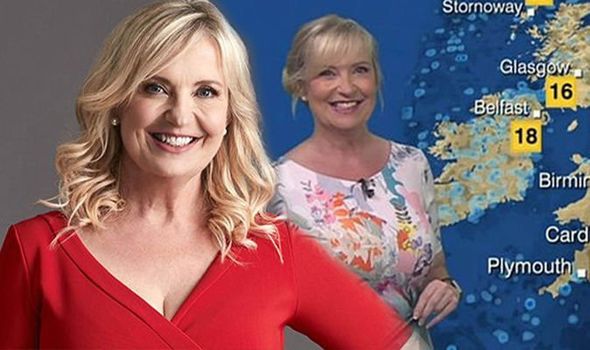 Carol Kirkwood usually gives viewers updates on the weather for the BBC, however she was recently taken to hospital following an accident.

She thanked the emergency services for their quick actions after she was knocked off her bike by a passing car.

The presenter took to social media to thank the police and ambulance service, and update fans on her condition.

She said on Twitter: “Got knocked off my bike by a car and got injured. Biggest thanks ever to the Police (Chris and Faye), the Ambulance Crew (Miranda and Stewart) who tended to me and took me to Hospital. And especially Peter Foskett-Tharby at Wexham Park Hospital.”

Good Morning Britain presenter Charlotte Hawkins sent the 57-year-old her best wishes and she received plenty of other kind messages.

The extent of her injuries is not known but they are not believed to be serious, and she is likely to make a full recovery.

She has been the face of BBC Weather since she joined in 1998 and fans were surprised when they noticed her absence.

The award-winning presenter will hopefully be back on screens soon, once she has taken some time to recover.