Louise Minchin was back on BBC Breakfast this morning but without her usual counterpart Dan Walker, instead, she was joined by Jon Kay.  Dan and Louise regularly present the Monday to Wednesday breakfast show with Naga Munchetty and Charlie Stayt hosting from Thursday to Saturday.

Louise opened today’s show introducing herself and Jon, and the conversations mostly focussed around children returning to schools in the Autumn.

They were joined by the likes of Care Minister Helen Whately and Mayor of Greater Manchester Andy Burnham to discuss.

Before this though, fans were quick to notice Dan had been replaced. 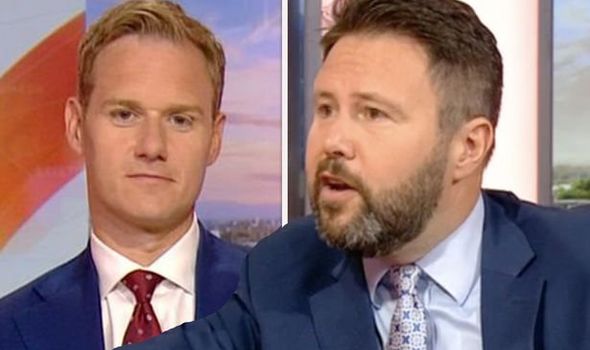 As fans questioned Dan’s absence from the show this morning, the presenter revealed he was sitting at home watching golf.

“Glad I’m not on #BBCBreakfast in the morning #USPGA.”

Fans could see Dan had been tweeting about the current 2020 PGA Championship, happening in San Francisco, and the Football Focus host was obviously taking it very seriously.