Making a better world for their little one! Joe Jonas and Sophie Turner shared an important message amid the COVID-19 pandemic in their first photo since welcoming daughter Willa.

“WEAR A MASK,” the Jonas Brothers member, 30, wrote on his Instagram Stories on Friday, August 7. “THATS THE TEA.”

In the selfie, Jonas and the Game of Thrones alum, 24, matched in white T-shirts while posing on a couch at home. He used Instagram’s Vogue filter to make the image look like a magazine cover. 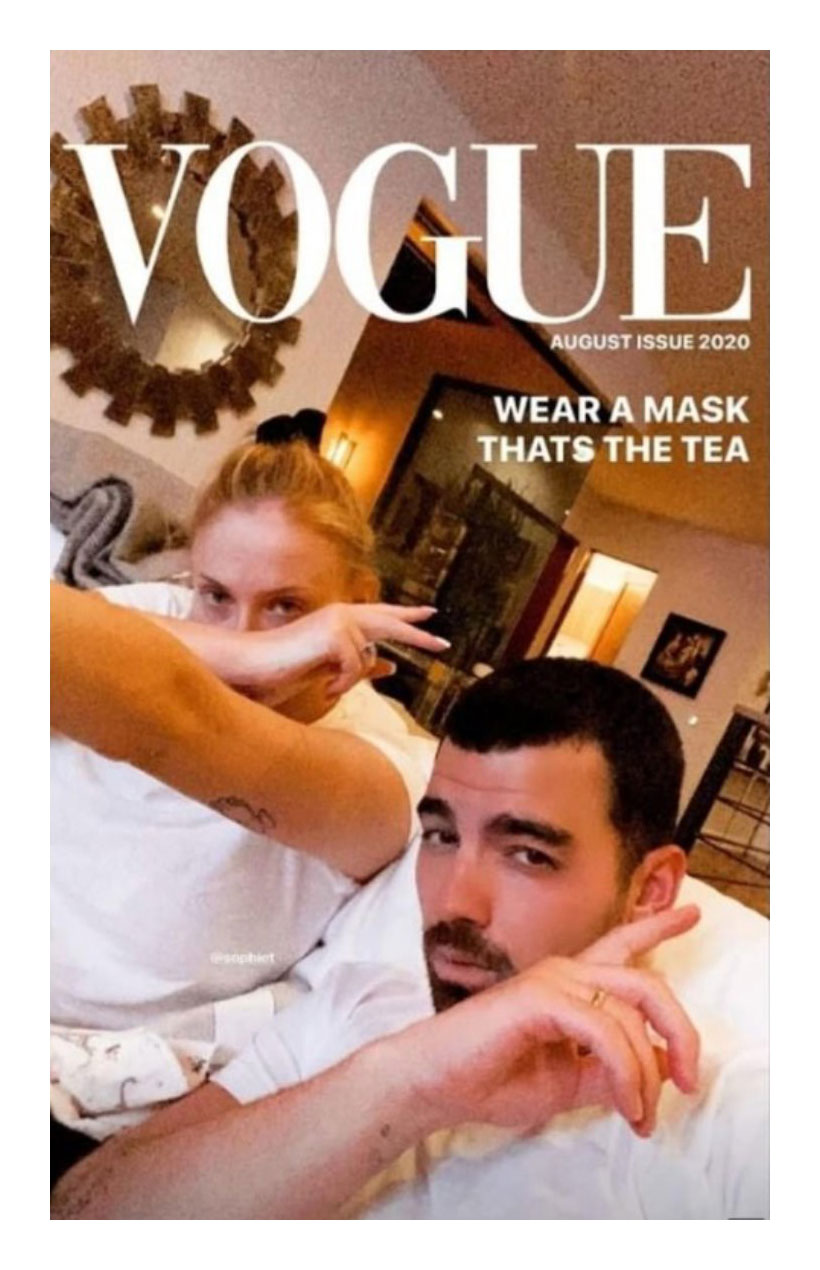 The couple became parents on July 22 when Turner gave birth to their first child. When the news broke five days later, they said in a statement to Us Weekly, “Sophie Turner and Joe Jonas are delighted to announce the birth of their baby.”

A source later exclusively told Us, “Willa isn’t a family name and isn’t short for anything. [It] is a name they had picked out a while ago before the baby’s arrival.”

Us confirmed in February that the actress was pregnant and “due in the middle of summer.” She never publicly addressed the news, but she showed off her baby bump numerous times while out and about with the “Sucker” singer.

Celebrity Couples Who Are Quarantining Together

Jonas and Turner surprised fans in May 2019 when they married at A Little White Wedding Chapel in Las Vegas after attending the Billboard Music Awards. The following month, they tied the knot a second time at Château de Tourreau in France. The groom’s brothers and bandmates, Kevin Jonas and Nick Jonas, were in attendance for both ceremonies. 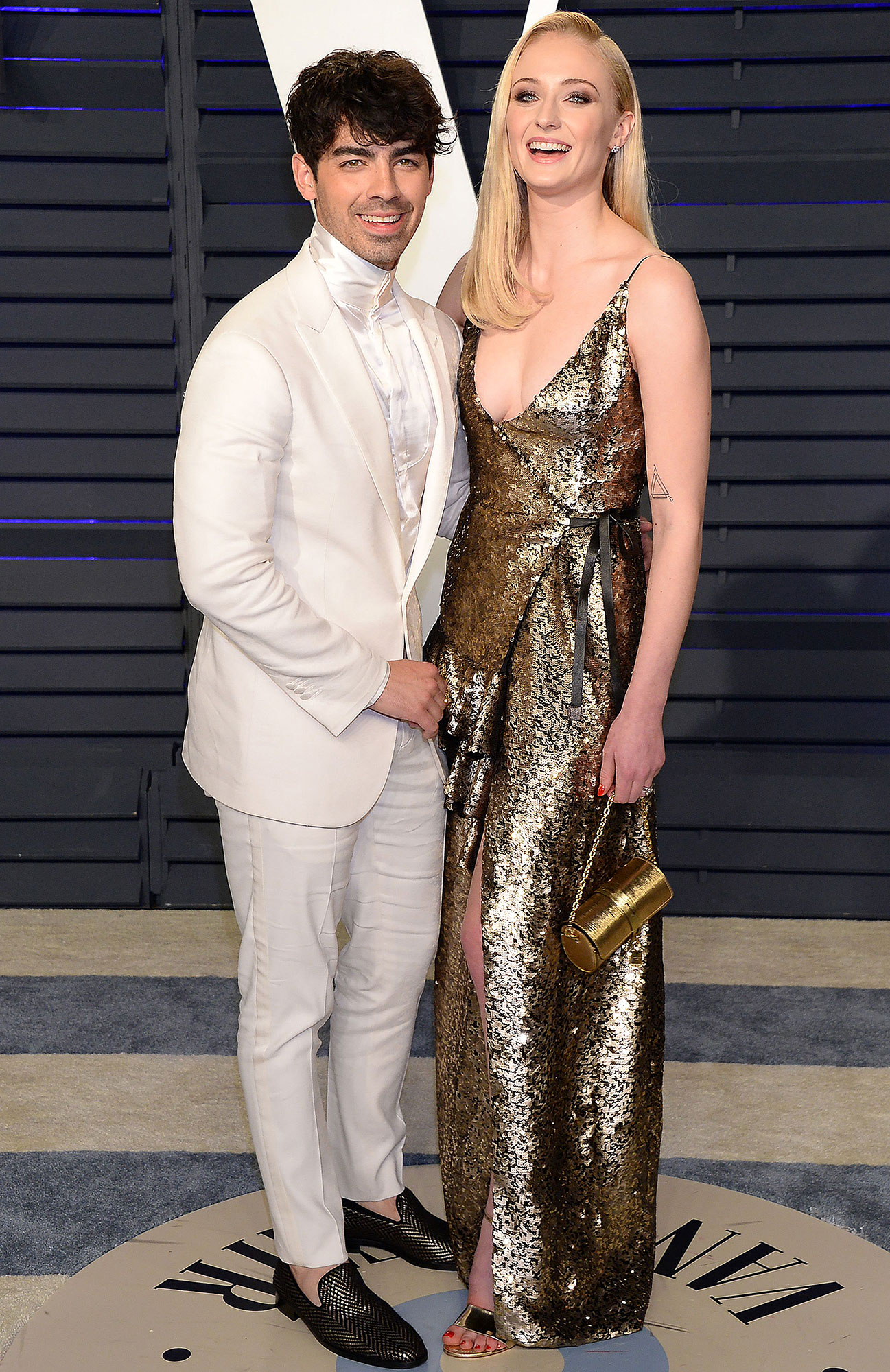 During the pandemic, Kevin, 32, Joe and Nick, 27, have each been quarantined with their wives. The eldest sibling said on SiriusXM Hits 1’s The Morning Mashup in May that spending time at home with Danielle Jonas and their daughters, Alena, 6, and Valentine, 3, “has been really rewarding.” Joe said he has learned to let Turner do “her thing, even though we’re all under one roof,” while the “Jealous” crooner gushed that isolating with Priyanka Chopra Jonas has been “kinda nice.”

Given the constantly evolving nature of COVID-19, Us Weekly wants our readers to have access to the most accurate resources. For the most up-to-date coronavirus information, guidance, and support, consult the CDC, WHO, and information from local public health officials. If you’re experiencing coronavirus symptoms, call your primary care provider for medical advice.