A 46-year-old man has died at a detention centre in Melbourne's north overnight.

Fellow detainees have described their shock watching as medical staff raced to the man's room at the Dargo unit early this morning. 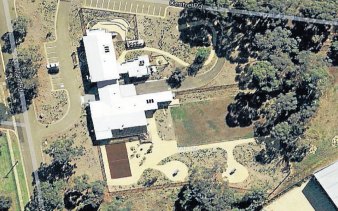 An aerial view of the Melbourne Immigration Transit Accommodation centre in Broadmeadows.

It has not been confirmed how the man died, but the coroner will investigate the circumstances of his death.

It is understood the man, from New Zealand, had been detained at Melbourne Immigration Transit Accommodation (MITA) for about four years.

Under section 501 of the Migration Act, people face visa cancellation if they have been sentenced to 12 months or more imprisonment.

A fellow detainee said the man had been held in a protection unit.

"He must have been a very sad lonely person. All alone in the detention centre for months on end (no visits for months now – if he ever received any). Arbitrary detention with no end in sight.

"We are all terrified of coronavirus getting in here and that would have terrified him because of his weight. What a pitiful tragic end for a human being. All alone in a detention centre. No one needs to get to that point. It is a refection on all of us."

Another detainee said any death in a detention centre was a shock to an already vulnerable population.

The Age has sought comment from Australian Border Force and Victoria Police.