A WOMAN who still breastfeeds her five-year-old and two- year-old sons, sometimes at the same time, has no plans to stop – despite strangers telling her it's GROSS.

Laura Smith, 25, from Michigan, USA, breastfeeds her sons, Joel and Bennett up to three times a day. 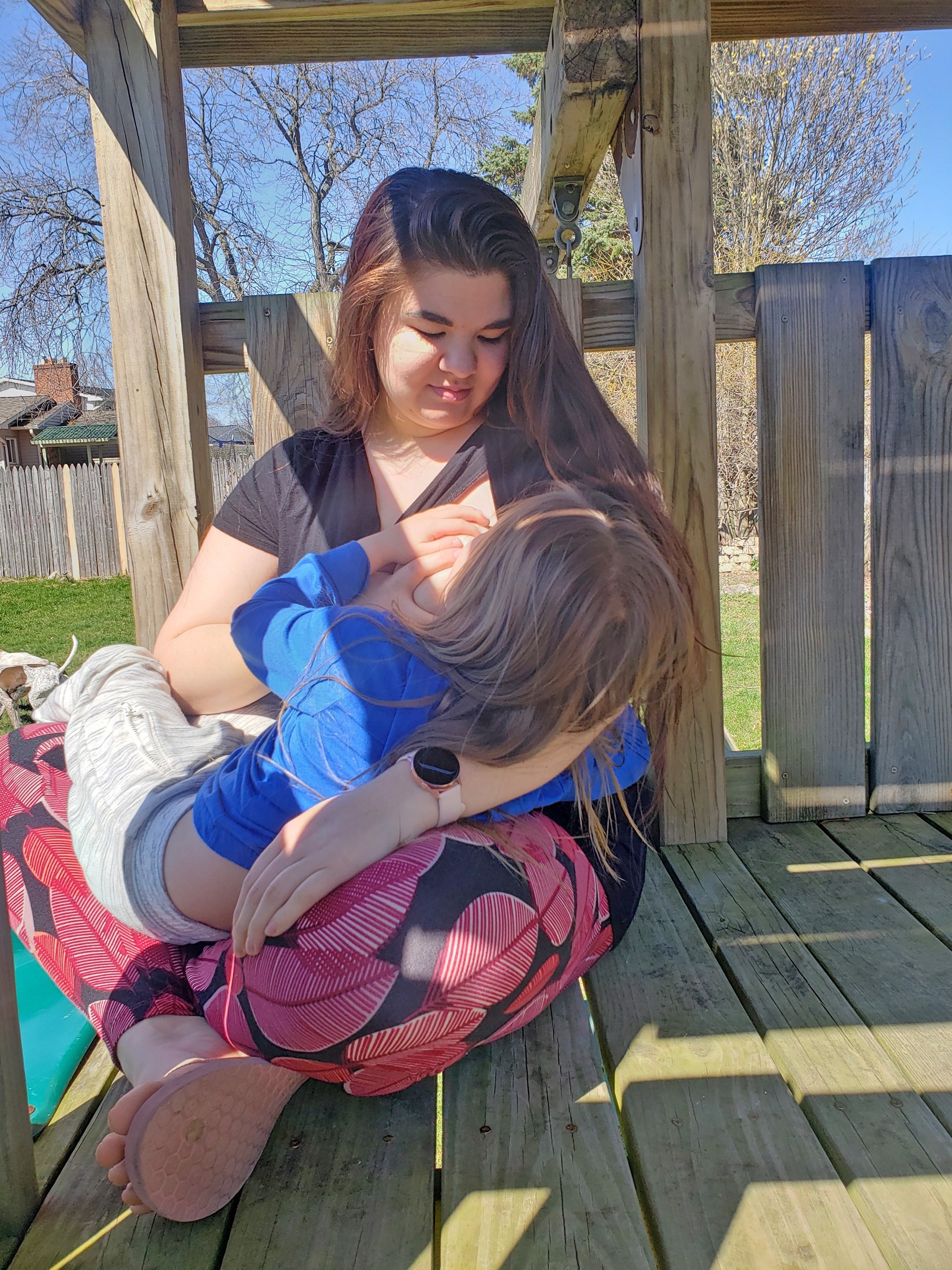 The mum-of-two claims her sons have never caught the flu or visited a GP thanks to the nutrients in her breast milk.

Despite this, Laura receives dirty looks from strangers when she breastfeeds in public, and wants to break the stigma around extended breastfeeding.

The stay-at-home mum says: “I want to encourage more mothers to nurse their children, regardless of their age.

“My sons are in extremely good health and we have a special bond because of this. 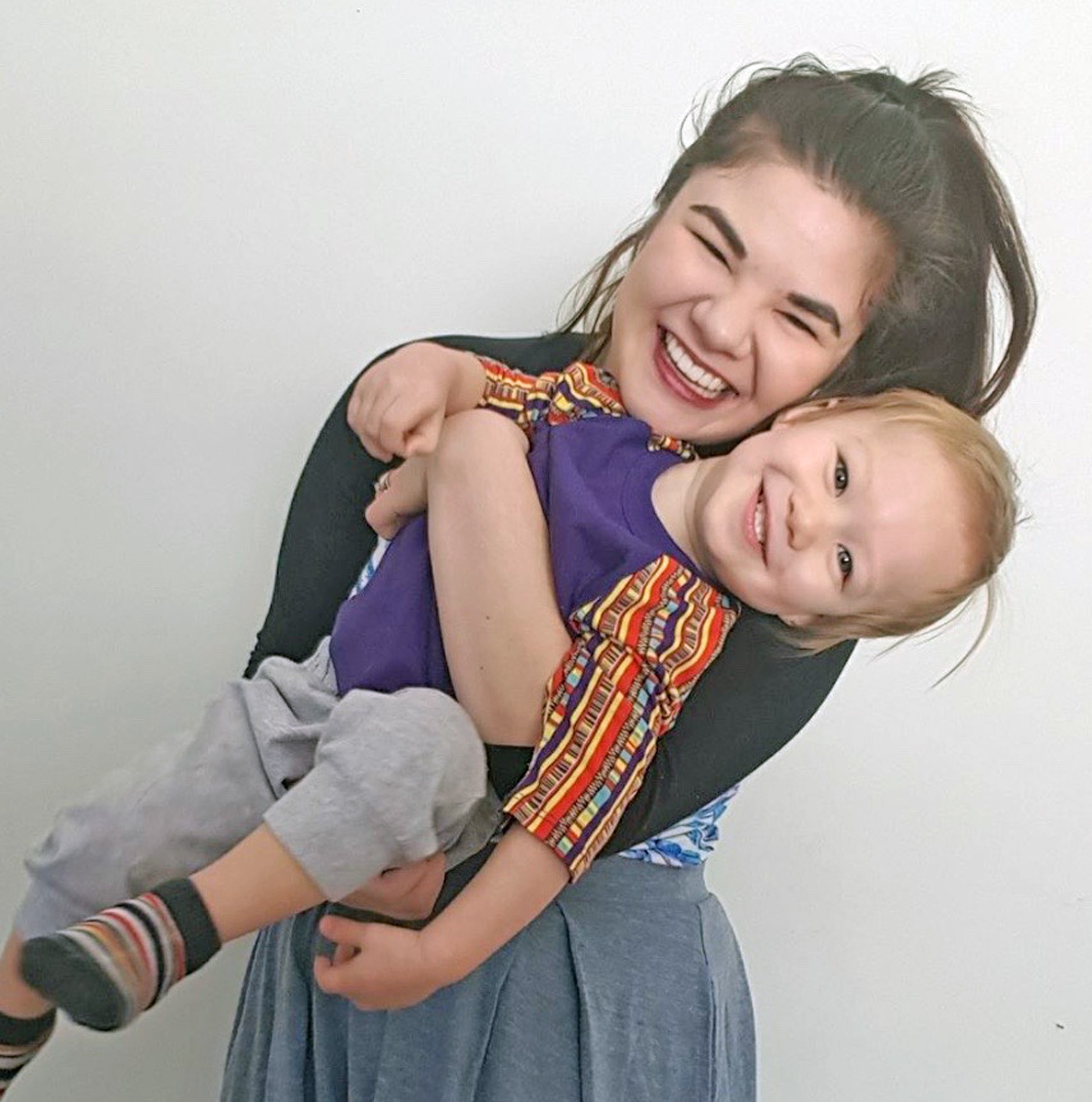 "I think my own personal limit to feed my sons would be up to eight, but if they still didn't want to stop then I wouldn't say no to them.

"I can't say for certain what the actual cut off point would be. I won't wake up one day and think this disgusts me, it's just when they are ready to stop then I will.'

In May 2015, Laura and her husband, Zane, 28, an internal auditor, welcomed their first baby, Joel.

“But when Joel passed that point, there was no way I was stopping. 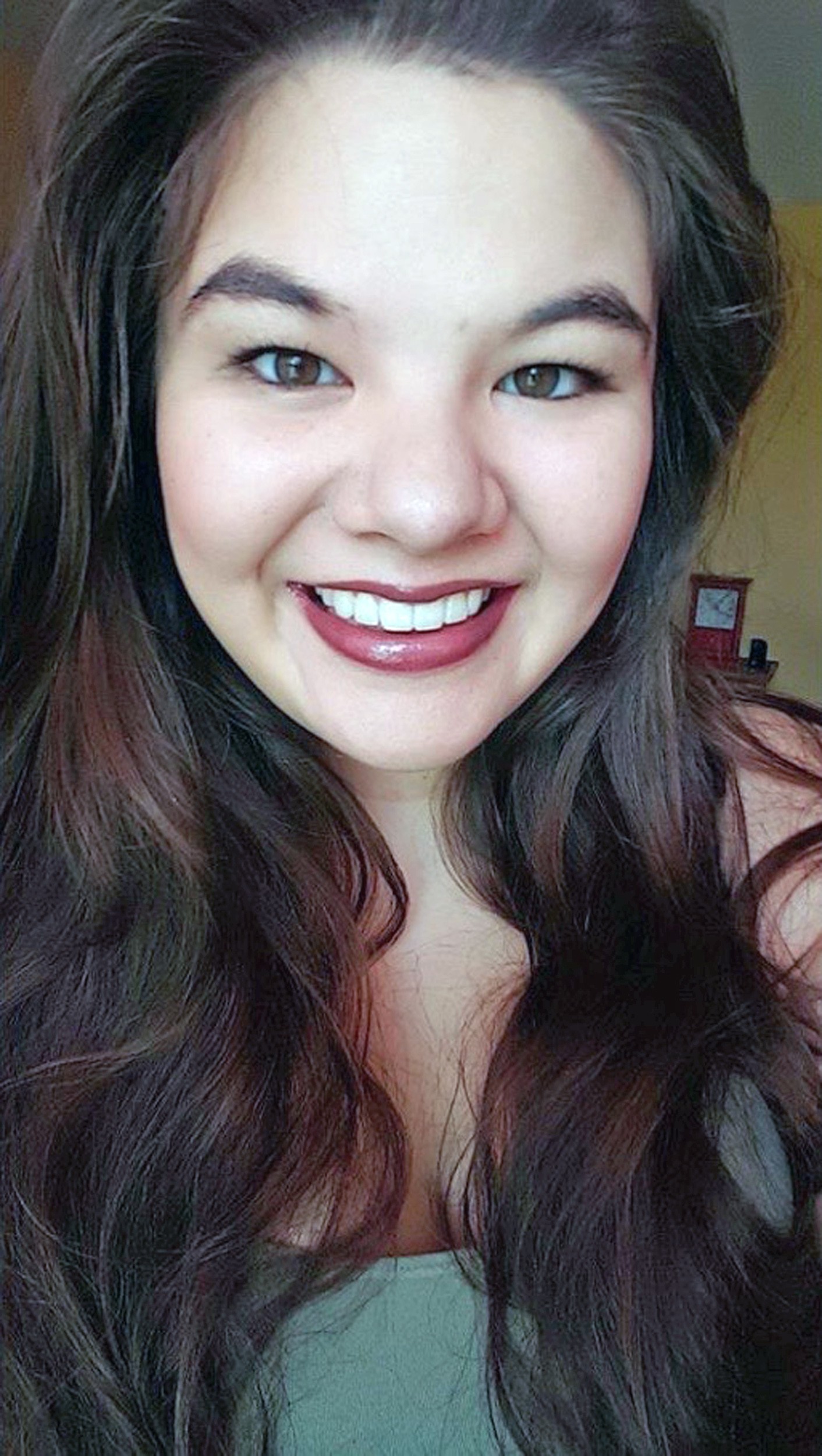 “My mum breastfed me and my four siblings until we were aged up four and five.

“So extended breastfeeding ran in my family.

“I began giving him some pureed sweet potato on the side but he continued feeding up to six times a day.

“I had no problem with my milk supply so I knew I’d be able to go past a year.

“When he was eight-months-old I introduced some solids like avocado, apples and pears for him to nibble on between his feeds. 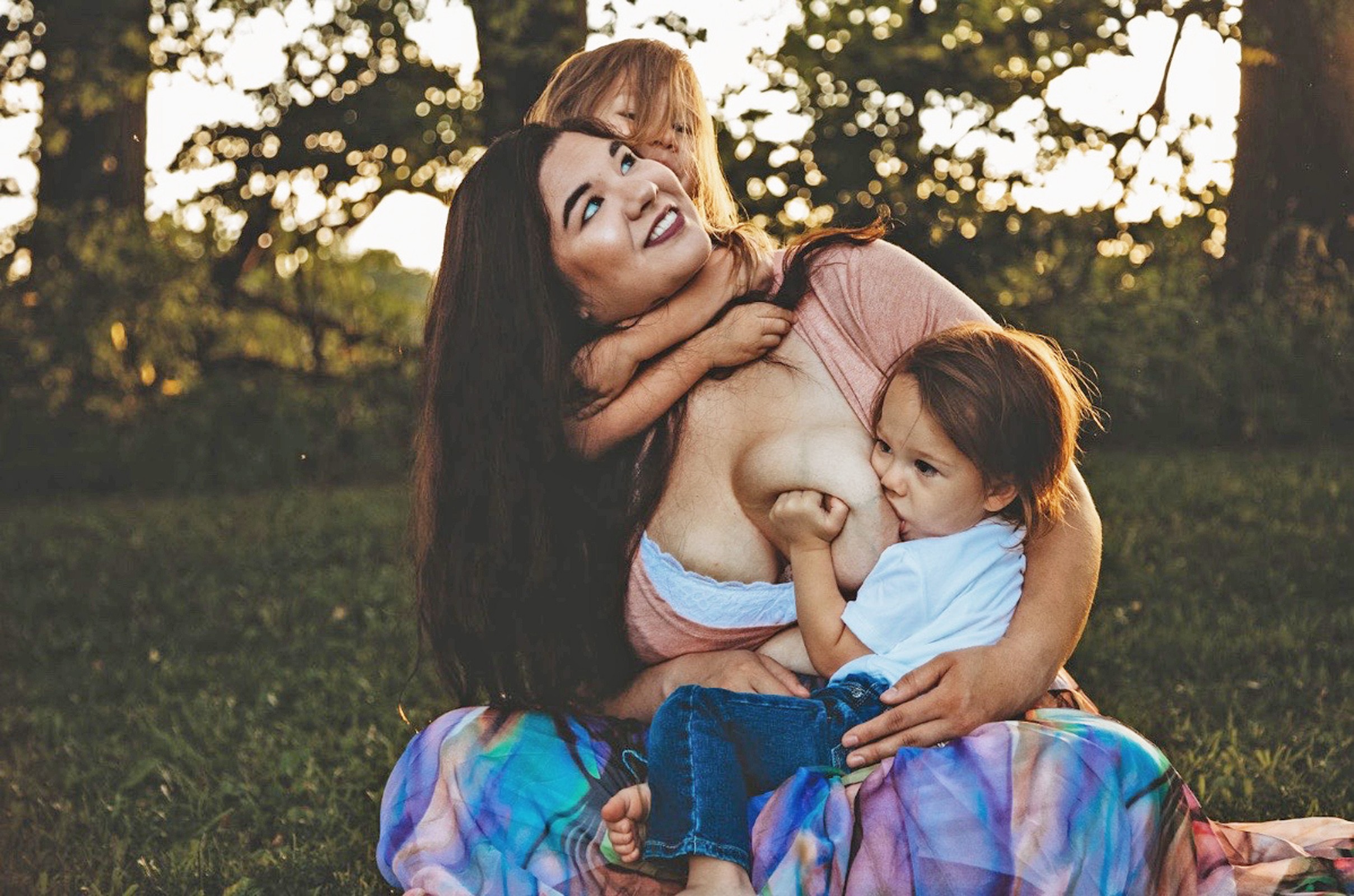 As Joel grew older, Laura continued to breastfeed him and she has no plans to stop.

And if she’s out at the park or zoo, she feels little hesitation in feeding him in public.

But she claims that some of her friends were judgmental about her choice.

Laura says: “By the time Joel was two, I had a couple of friends who said they didn’t think it was normal that Joel was still feeding.

“Others asked if I thought he was too old for it or when I was going to give him some real food.

I think my own personal limit to feed my sons would be up to eight, but if they still didn't want to stop then I wouldn't say no to them.

“I had a niggling feeling they didn’t agree with it but they were afraid to say.

“Thankfully my husband and family were so supportive throughout.”

In November 2017, Laura gave birth to her youngest son, Bennett.

She says: “It was really hard to say no to Joel when I needed to feed Bennett.

“It was a bond only the two of us shared up until that point.

“So there was a lot of jealously. 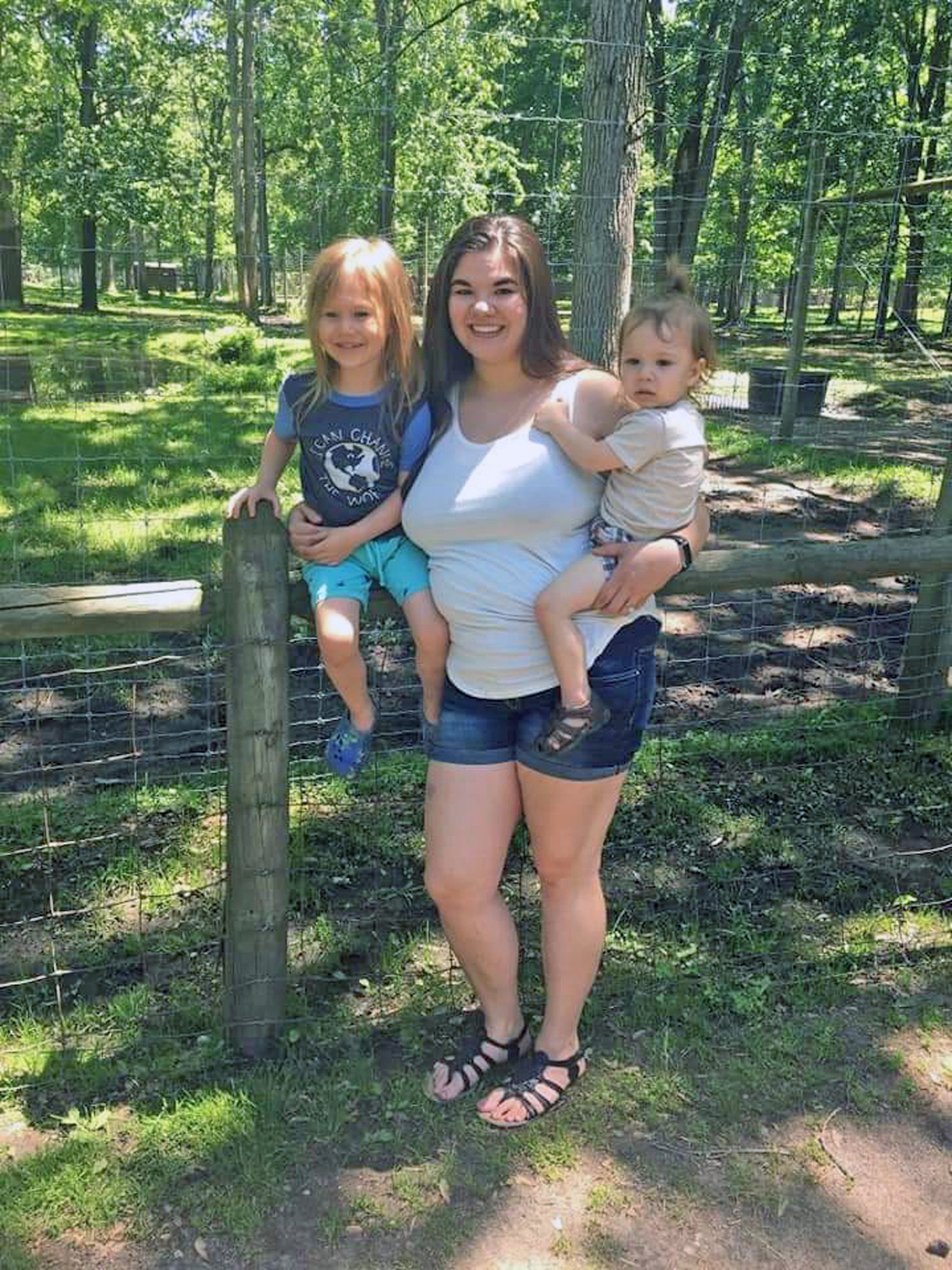 “I think it was more the closeness that Joel was jealous of rather than the milk.”

Laura says: “Joel has breakfast lunch and dinner like any other kid.

“But he also feeds up to three times a day.

“Bennett has started eating some solids on the side as well.

“There’s nothing I love more than nursing them, it brings us all closer together.

“I feed them at parks, the zoo, or wherever if I need to.

“If Joel and Bennett are running around and one gets hurt, I’ll nurse them to make them feel better.”

Despite her keenness to continue breastfeeding her kids, Laura has grown self-conscious of nursing them in public over the years.

She says: “As Joel is so big now, strangers do give me dirty looks or stare at me. Some have said it is gross. 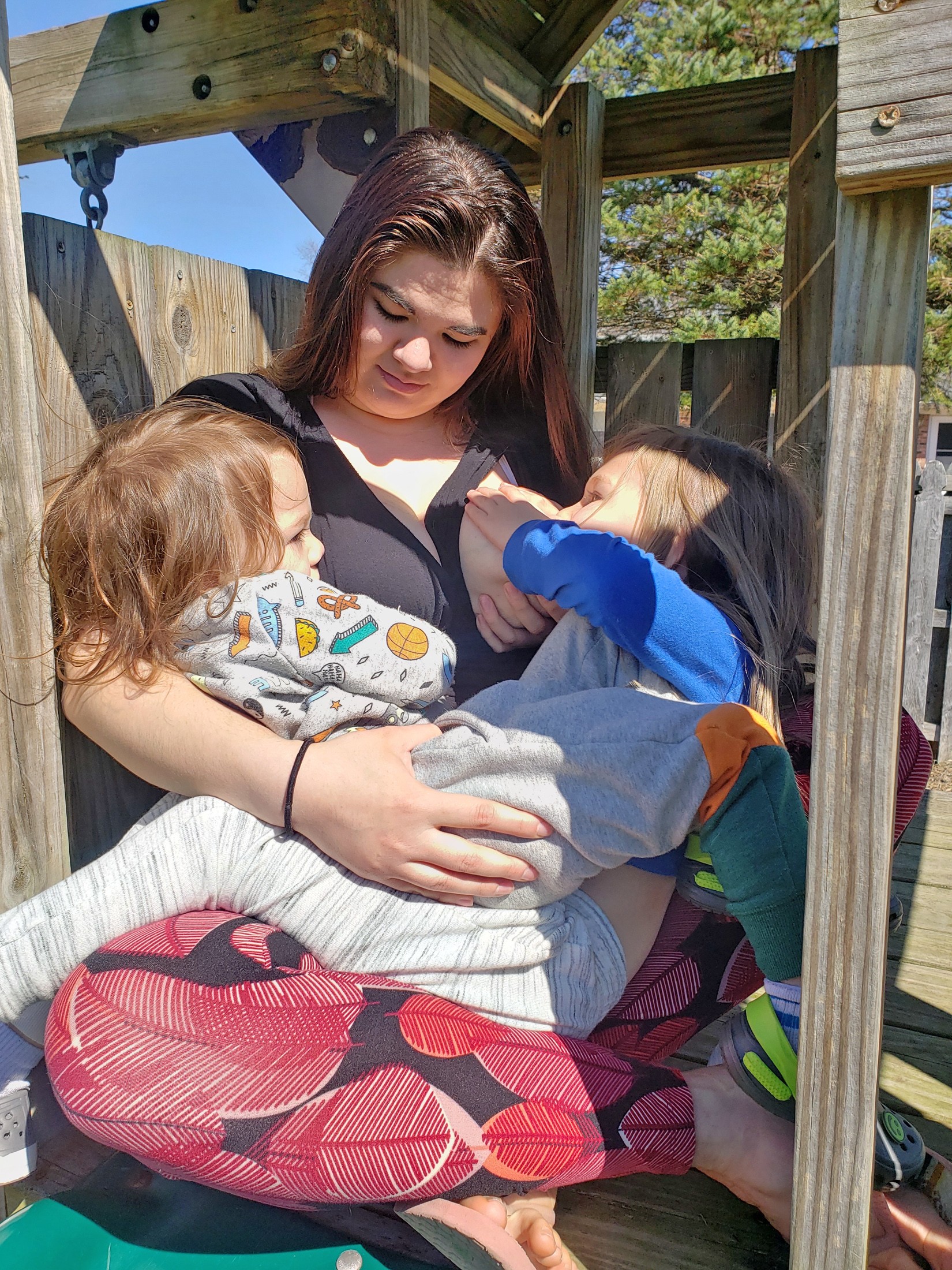 “It’s very silly how something so beautiful and natural can be frowned upon.

“I now avoid feeding them in shopping centres as there are too many people who stare and I don’t want to deal with the drama.

“I try to wait until we get into the car or go home.

“A few months ago I uploaded some photos of my tandem nursing and some mums commented ‘You’re too old.’

“Others said ‘Why is she nursing a toddler?’ and ‘Shouldn’t she stop?’ 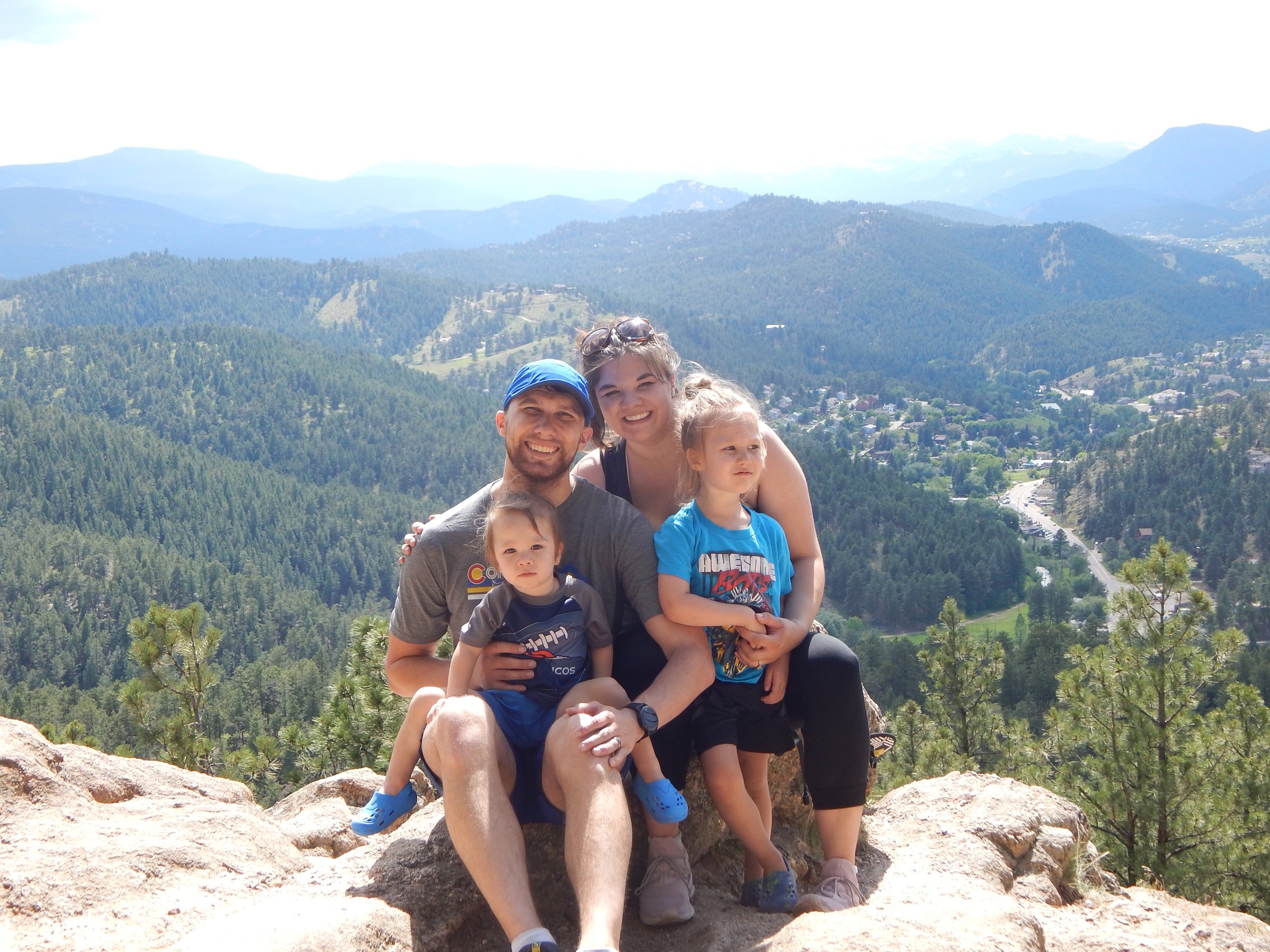 “It was upsetting, but I tried not to let the negative comments get to me.

“People just lack education about extended breastfeeding and I’m passionate about teaching them.

“The next week I joined some support groups for extended breastfeeding on Facebook and people said my photos were beautiful.

“Some were mums on there breastfed their kids up to eight, which made me feel so much better.”

According to the NHS, breast milk is also thought to reduce a baby’s risk of infection, type 2 diabetes, obesity and childhood leukemia.

Laura says: “The immune benefits are so huge. 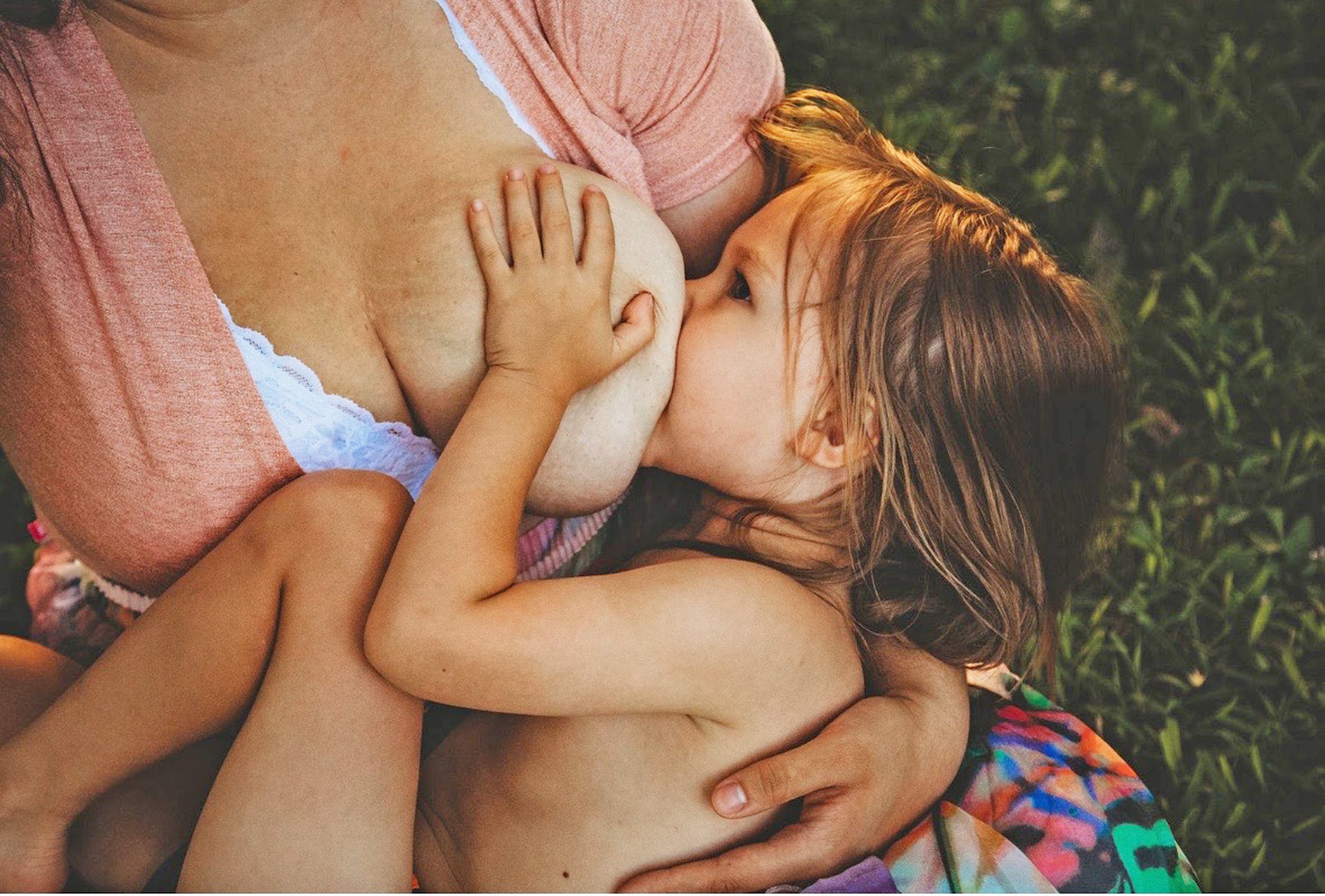 “Joel and Bennett have never had the flu, an ear infection or needed medication for anything.

“People don’t realise how much vitamins and nutrients there are in breast milk.

“Because of that, I have no plans to stop just yet.

“I’ll never wean them off my milk.

“Instead, I want it to be their choice and I’ll only stop when they are ready.

“I know there is a huge stigma around this, but I hope one day there won’t be.

“I’m not a crazy person nursing my five-year-old, it’s a beautiful thing that makes him feel safe and gives him stability."

What's the recommendations around breastfeeding?

The NHS recommends breastfeeding your baby exclusively (feeding them breast milk only) for the first six months, but it's completely up to you to decide when you want to bring it to an end – and there's really no right or wrong way to do it.

They note that solid food shouldn't replace breast milk, as there is evidence to suggest breast milk helps a baby's digestive system when processing solid food for the first time.

"Once they are eating solids, your baby will still need to have breast milk or formula as their main drink up to at least their first birthday," recommends the NHS.

"Cows' milk isn't suitable as a main drink for babies under one, although it can be added to foods, such as mashed potatoes."

For example, dropping one feed in the day or at night time.

After around a week, you can begin to think about dropping another.

"If your baby is younger than one year, you'll need to replace the dropped breastfeed with a formula feed from a bottle or (if they are over six months) a cup or beaker, instead," they say.

You can breastfeed for as long as you want, and while the NHS recommends breastfeeding your baby exclusively for the first six months, you shouldn't feel like you cannot continue for longer.

The World Health Organisation says: "Exclusive breastfeeding is recommended up to 6 months of age, with continued breastfeeding along with appropriate complementary foods up to two years of age or beyond."

We previously told you about breastfeeding in public – what is the law and what rights do mothers have?

And this eight-month pregnant woman has the BEST response for acommuter who won’t move his bag so she can sit down.