The presenter stunned fans as she took to the mic to belt out 'Tightrope' alongside her daughters to celebrate ten years of marriage to her husband. 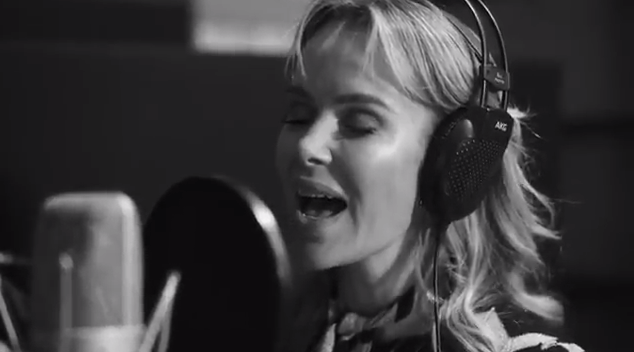 Amanda took to social media to share the video of her singing the track, alongside daughters Lexi, 12, and six-year-old Hollie.

But the cute sentiment doesn't stop there, as she recorded the song as a present for her husband Chris Hughes, to celebrate his birthday and ten years of the pair being married.

She wrote: "A fantastic Daddy and husband.

"We made this little video for #TheGreatestshowman in our life to celebrate #10years married and Chrispy's birthday today. 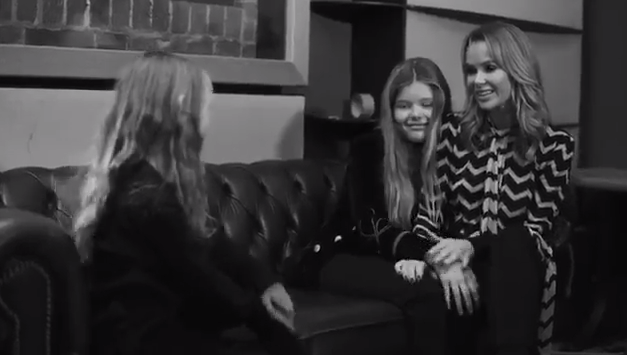 "We're sharing this with you too and wish you all a happy & joyous Christmas."

The video, which is filmed in black and white, shows Amanda and her daughters recording the song in the studio, as well as other tender moments they had while making the video for the music producer.

Touched by the video, many fans took to social media to praise the Britains Got Talent judge for her families incredible singing talents.

One wrote: "Such a beautiful and talented family! What a lovely thing to do"

While another added: "That is just beautiful! Amanda x you are a singer! Who knew?! And your girls are adorable x Happy Christmas to you and your family xx"

A third commented: "That's so sweet and you all have angelic voices."

Despite the impressive singing video shocking many fans, this isn't the first time that Amanda has shown off her singing talents.

Before her  career as a presenter, actress and media personality, she attended theatre school and has appeared in several stage musicals through the years, including West End productions Thoroughly Modern Millie, Shrek The Musical and Stepping Out.

#10 years ago today this man made me the happiest girl in the world by marrying me. We have been together for 15 years and this weekend we celebrated #10 years of marriage with our closest friends ( some were missing ?) life has thrown us some challenges but we have loved & laughed each other through them … here’s to the next chapter #unbreakable I bloody love you Chrispy ♥️ more pics to come …. ? photo @rob_parfitt_photography

In addition to the heartfelt family tribute to Chris, Amanda and her man celebrated ten years of being married at Soho Farmhouse last week, surrounded by a host of their family and showbiz pals.

The 47-year-old was pictured in a white satin gown as she posed with Chris and their guests for the occasion.

She later took to social media to share some of her favourite snaps from the night.

She wrote: “10 years ago today this man made me the happiest girl in the world by marrying me.

“We have been together for 15 years and this weekend we celebrated 10 years of marriage with our closest friends (some were missing) life has thrown us some challenges but we have loved & laughed each other through them … here’s to the next chapter. I bloody love you Chrispy”.

Last year, the presenter shocked fans by proving that the spark was still very much alive between her and her husband by sharing a sexy birthday advent calendar as a gift for him on social media.

Dressed in a striking red silk gown, matching silk nightdress and red stilettos she revealed to the camera: "On the 19th day of Christmas," before taking a short pause to take off the gown.

The advent calendar is part of Amanda's yearly tradition, where she shares a series of posts endorsing a variety of amazing gifts in the lead up to Christmas.