Kelly Neelan (Millie Gibson) is desperate to be freed in Coronation Street next week, following her kidnap ordeal at the hands of one of her dad’s ex associates.

The teen, as viewers know, has been determined to right the wrongs of gangster father Rick, who swindled many people out of money during his days as a loan shark.

With Gary Windass (Mikey North) having retrieved some off Rick’s money, Kelly resolved to pay it back to those that her dad had wronged over the years, but her plan didn’t exactly pan out.

One of Rick’s former clients kidnapped her!

The above preview clip, taken from Monday’s (July 18) edition of the ITV soap, reveals what happens next, as Kelly is confronted by Kieron, the ring-leader of her captors.

Kieron reveals that he and Rick had ‘unresolved’ issues, and thus he wants Kelly to try and resolve them for him.

The way in which he wants her to do so remains to be seen, but he made it quite clear that Kelly doesn’t have a choice in the matter. 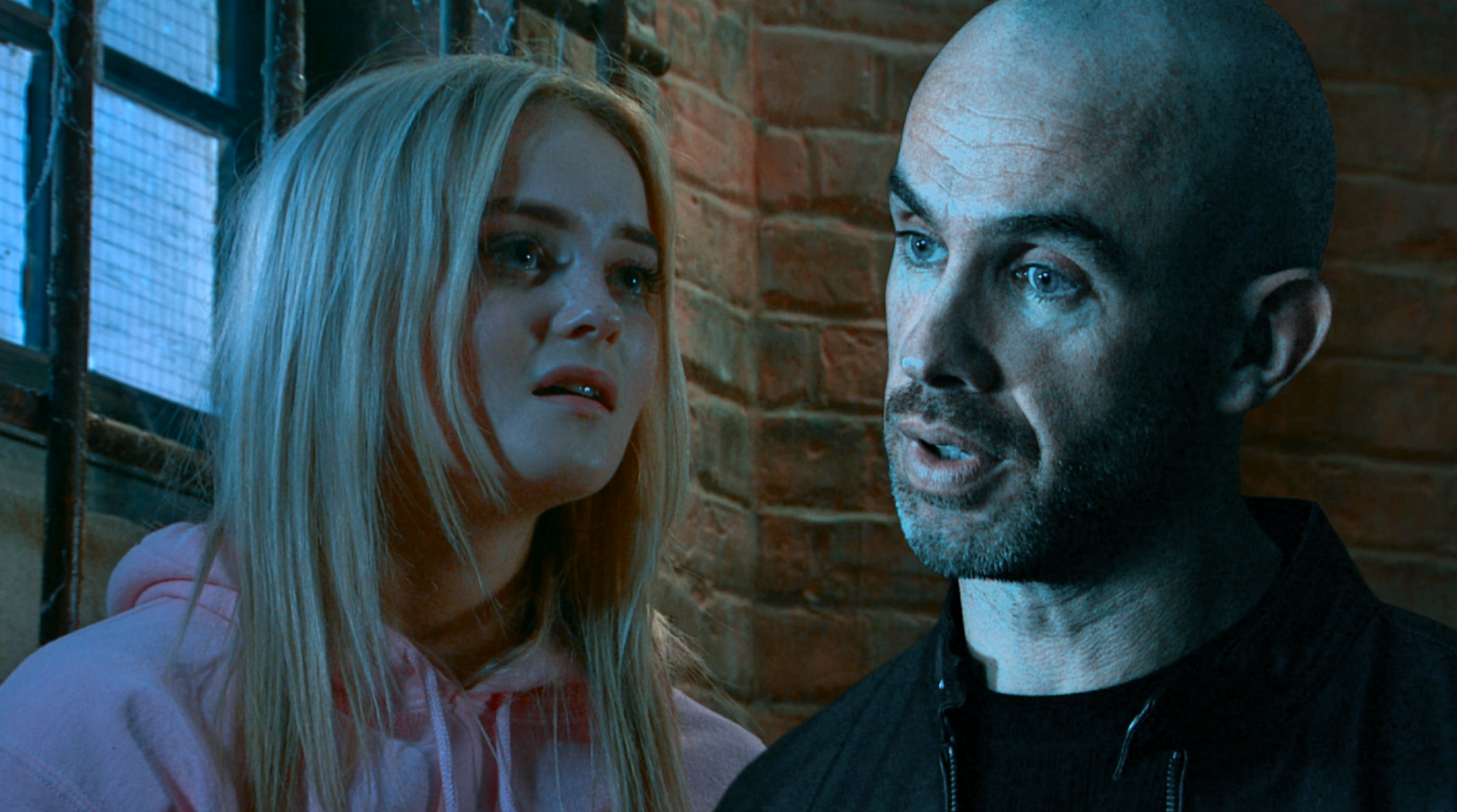 ‘You’re going to resolve [the issues]’, Kieron says, before adding: ‘Unless you want to disappear? Like he did.’

Back on the cobbles, Gary is determined to find Kelly, after realising that she’s gone missing.

The question is: will he get to her before it’s too late?

Coronation Street airs these scenes on Monday July 18 at 8pm on ITV.