A WOMAN was left fuming after a passenger draped her hair over the back of her seat during a flight, blocking her tray table.

Hairdresser Elma Siljkovic, from New York, was flying to the Silver Dollar City theme park in Missouri with her sister Emi when they were stuck behind the rude traveller. 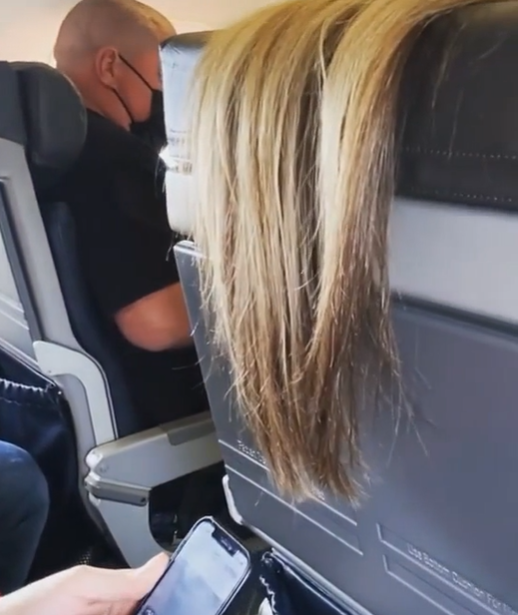 The video, shared to Instagram, showed the masked woman looking less than impressed at the camera.

She then panned to the seat in front of her, which showed the female passenger draping her hair over the back of the seat, getting in her way.

The woman in question can be seen Facetiming someone on her phone, oblivious to the traveller behind her.

In a second video, the Instagram user zooms in on her hair, and even strokes it to show how much she is in the way.

People in the comments were also disgusted with the woman.

One person wrote: "Give her the straight razor special."

The Instagram user replied: "If I had syrup I woulda liked to dip the very ends of her hair in it."

Another person said: "Omfg screaming. The f****** nerve? Literally who does this."

Thankfully, she wasn't blocking the inflight entertainment as the aircraft had no TVs on board.

However, it isn't the first time a passenger was caught throwing their hair over the back of their seat, much to the annoyance of the person behind them.

Last month, Twitter user Anthony took a picture of a woman's long thick black hair covering his tray table, with the caption “Would this p**s you off”.

And last year, a plane passenger who flicked her hair over the headrest, obscuring the person behind's TV screen, ended up with chewing gum, a lollipop and coffee tangled into her locks in an act of revenge.

In 2020, TikTok user Marcus Monroe appeared to cut off a lock of a woman's hair after she blocked his inflight entertainment screen with it – but some viewers questioned whether it was legit. 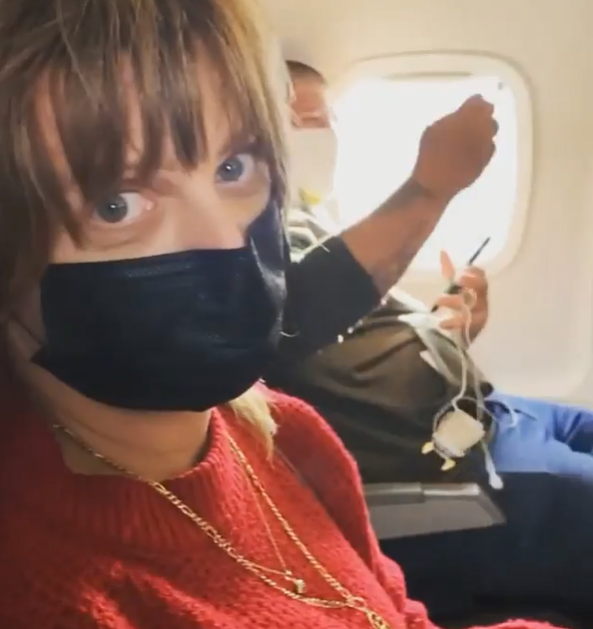 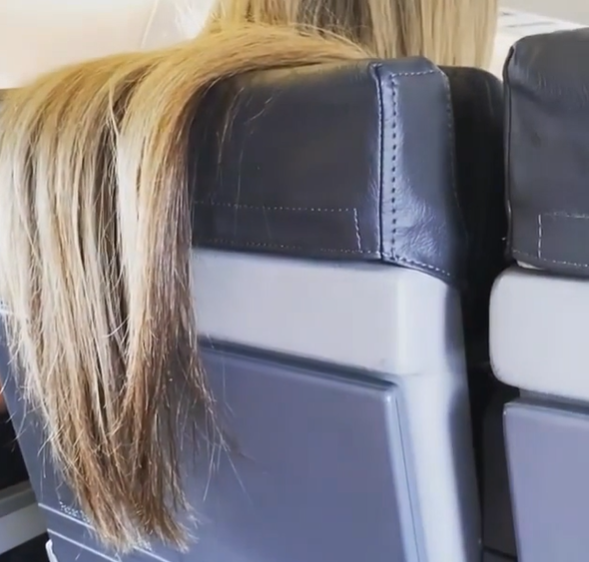