FAMILIES across the country are making the most of this weekend's clear skies and sunny weather to hit the road for the bank holiday.

But the last long weekend before Christmas means some routes will be chockablock, so here are the roads to avoid if you want to make the most of your time off. 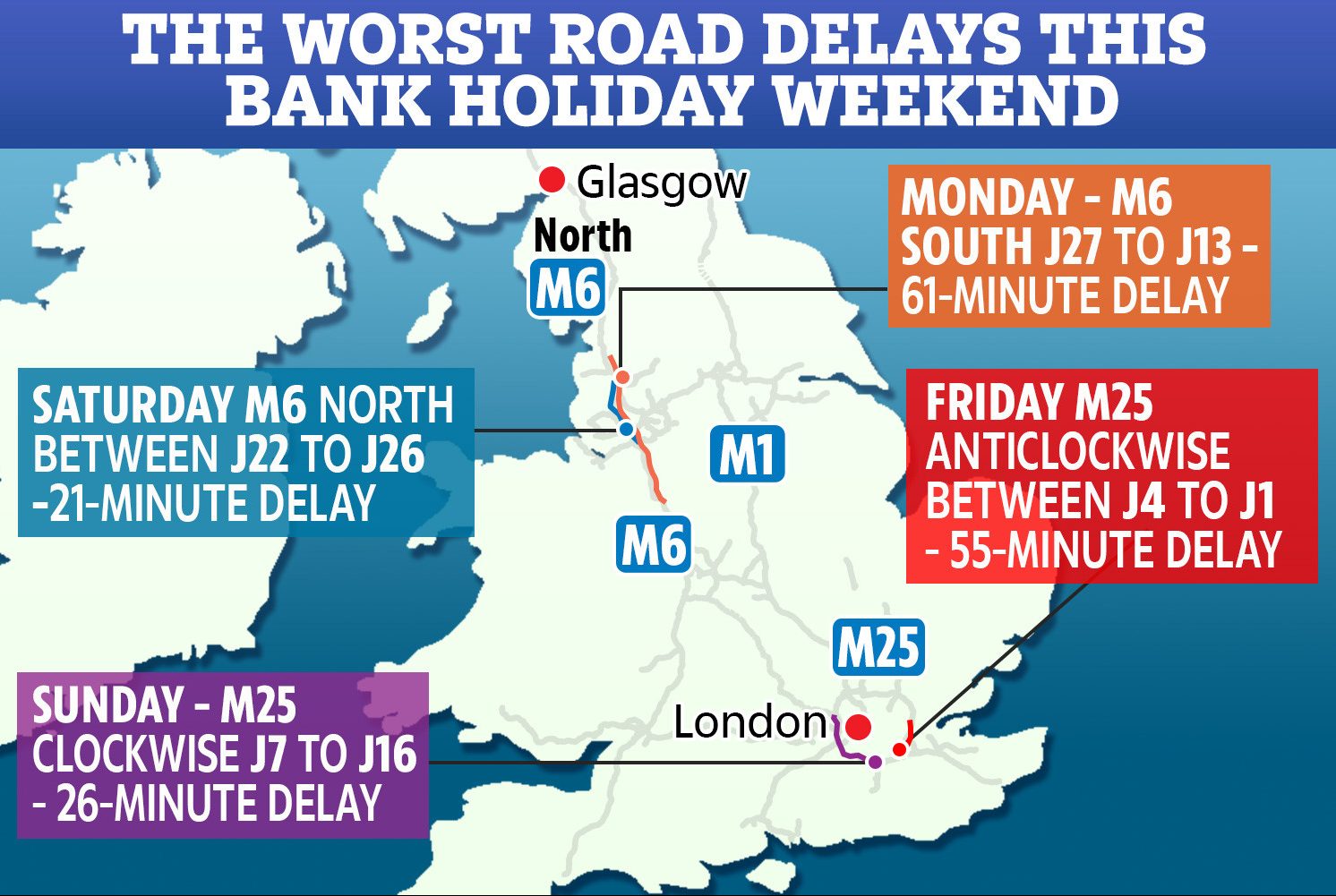 When did the rush begin and will there be roadworks to contend with?

Congestion already began to mount on Britain's motorways early on Friday afternoon as drivers tried to beat the post-work rush.

And with a number of rail suspensions – including all trains to and from King's Cross and Moorgate on Saturday and Sunday – yet more cars will be on the roads this bank holiday weekend.

Some 16 million cars are expected to clog Britain's roads.

Motorists wanting to avoid delays are advised to travel after 9pm on Friday and after 6-6.30pm on Sunday or Monday.

Thankfully, most major works are being suspended in England during the Bank Holiday rush.

Highway England said that 97 per cent of England's strategic road network, comprising motorways and some A roads, will be free of roadworks over the bank holiday period.

Best and worst times to travel this weekend

Where will be the busiest roads?

The biggest delays will hit the M6 and the M25.

Drivers moving clockwise between junctions 4 and 1 on the M25 can expect a delay of 55 minutes, one of the worst of the weekend.

On Saturday, a 21-minute delay will hit holidaymakers heading north on the M6 between junction 22 near Warrington and junction 26 near Wigan.

Motorists driving clockwise on the M25 will be hit again on Sunday, this time between junction 7 and junction 16 for 26 minutes.

And on Monday drivers heading south on the M6 between junctions 27 and 13 can expect a 61-minute delay.

The Almondsbury interchange, where the M5 meets the M4 at Bristol and where thousands flock in the summer months on their way to Devon and Cornwall, is also a known hotspot.

Where will road works remain in place?

Highways England said that, while most works are being suspended over the weekend, more than 50 sets would remain in place.

A spokeswoman said: "To help people have smoother journeys we have removed as many roadworks as possible, leaving only essential work in place.

"However, it is not possible to remove all roadworks due to safety reasons."

Among the largest works staying in place between Friday and Monday will between: