It’s the moment many Microsoft users have been dreading. From today, Tuesday January 14, the US technology firm is ending full support for its Windows 7 software meaning those using it must upgrade to Windows 10 or face the consequences.

Microsoft says that anyone who decides to stick with its older operating system will be more vulnerable to attack from viruses, hackers and annoying PC-crashing bugs.

In a post on its update page, Microsoft explained: “If you continue to use Windows 7 after support has ended, your PC will still work, but it will become more vulnerable to security risks and viruses. Your PC will continue to start and run, but you will no longer receive software updates, including security updates, from Microsoft.”

For those that hit the upgrade button, there’s the promise of all the new Windows 10 features which are added to on a regular basis.

There’s also an operating system which will now become far more secure than its predecessor due to the constant security upgrades and patches that will roll out throughout the year.

With Microsoft no longer supporting Windows 7 it’s important that users consider making the switch immediately but, although there’s plenty to like about Windows 10, there’s also a downside of installing this software on your current device. 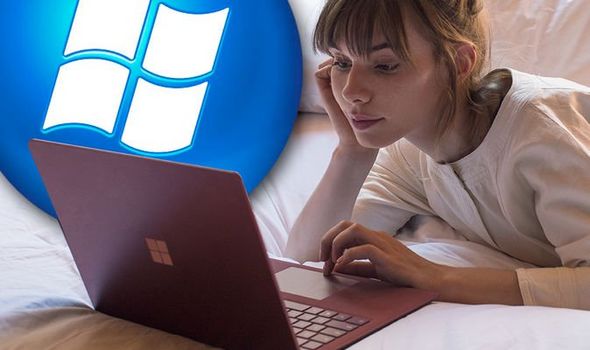 Microsoft is warning users may need to head out and buy themselves a new computer as older machines could find it a struggle to run Windows 10 and all of its shiny new features.

In a post on its website, Microsoft said: “To take advantage of the latest hardware capabilities, we recommend moving to a new PC with Windows 10.

“For most Windows 7 users, moving to a new device with Windows 10 will be the recommended path forward. Today’s PCs are faster, lightweight yet powerful, and more secure, with an average price that’s considerably less than that of the average PC eight years ago.”

Clearly, the cheaper option is to install Windows 10 on your current PC but that could leave you with a device that becomes painfully slow.

For those wanting a seamless experience, it seems spending some money on a new computer is the best option but that will leave you with a hefty bill.

Even the cheapest PCs will set you back around £300 and devices that offer more power, such as Microsoft’s new Surface Laptop cost over £700. It’s a tough decision and one that needs to be made quickly if you want to avoid the risks now attached to Windows 7.