This could be the year 5G finally justifies its higher price. EE recently announced it’s adding more places where the next-generation signal will be accessible and now Vodafone is also boosting its superfast coverage too.

The UK network is boasting that 5G is now available in more than 100 places in the UK and Europe which, it says, is double the number of locations offered by its nearest competitor.

If you own a 5G-ready phone and fancy giving this new service a try, Vodafone has now switched things on in Belfast, Edinburgh and Leeds, plus the towns of Cheadle, Rochdale and Stockport.

One of Vodafone’s advantages is that users can also access 5G when away from home with it already available in parts of Germany, Italy and Spain.

Now the Republic of Ireland has been added with areas including Cork, Dublin, Limerick, Galway and Waterford all getting 5G downloads. 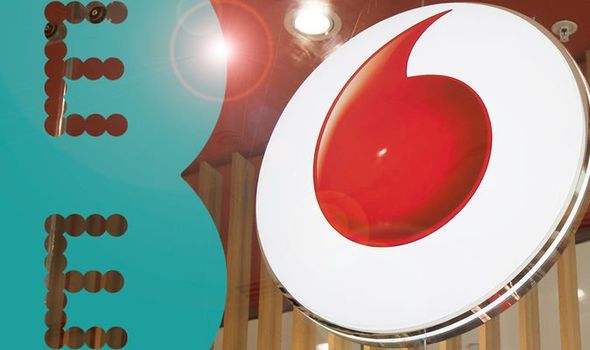 Speaking about the update, Vodafone UK Chief Executive Officer Nick Jeffery said: “We have started the new year as we mean to go on. We now offer 5G in double the number of places than our nearest rival and we have significantly boosted the capacity of our network. It is ready for the arrival in 2020 of some great new 5G handsets and the next big software release bringing ultra-low latency. Together, these will push 5G to the next level.”

Of course, to access these 5G speeds you’ll need a new smartphone as 4G models aren’t compatible with this latest technology.

With 5G still in its infancy, these latest handsets have been pretty expensive but that could all change over the next 12 months.

Chipmaker Qualcomm is hoping that its new updates will make 5G more accessible for consumers.

The US technology firm recently announced its new Snapdragon 765G processor that could finally mean 5G devices get a little bit cheaper.

One of the main reasons why things could get more affordable is that fact these new brains include an in-built 5G modem which means manufacturers don’t need to include separate network technology inside their products.

Devices based on Snapdragon 765G are expected to be commercially available in the first quarter of 2020 and it could finally start to make the 5G revolution more accessible to the general public.