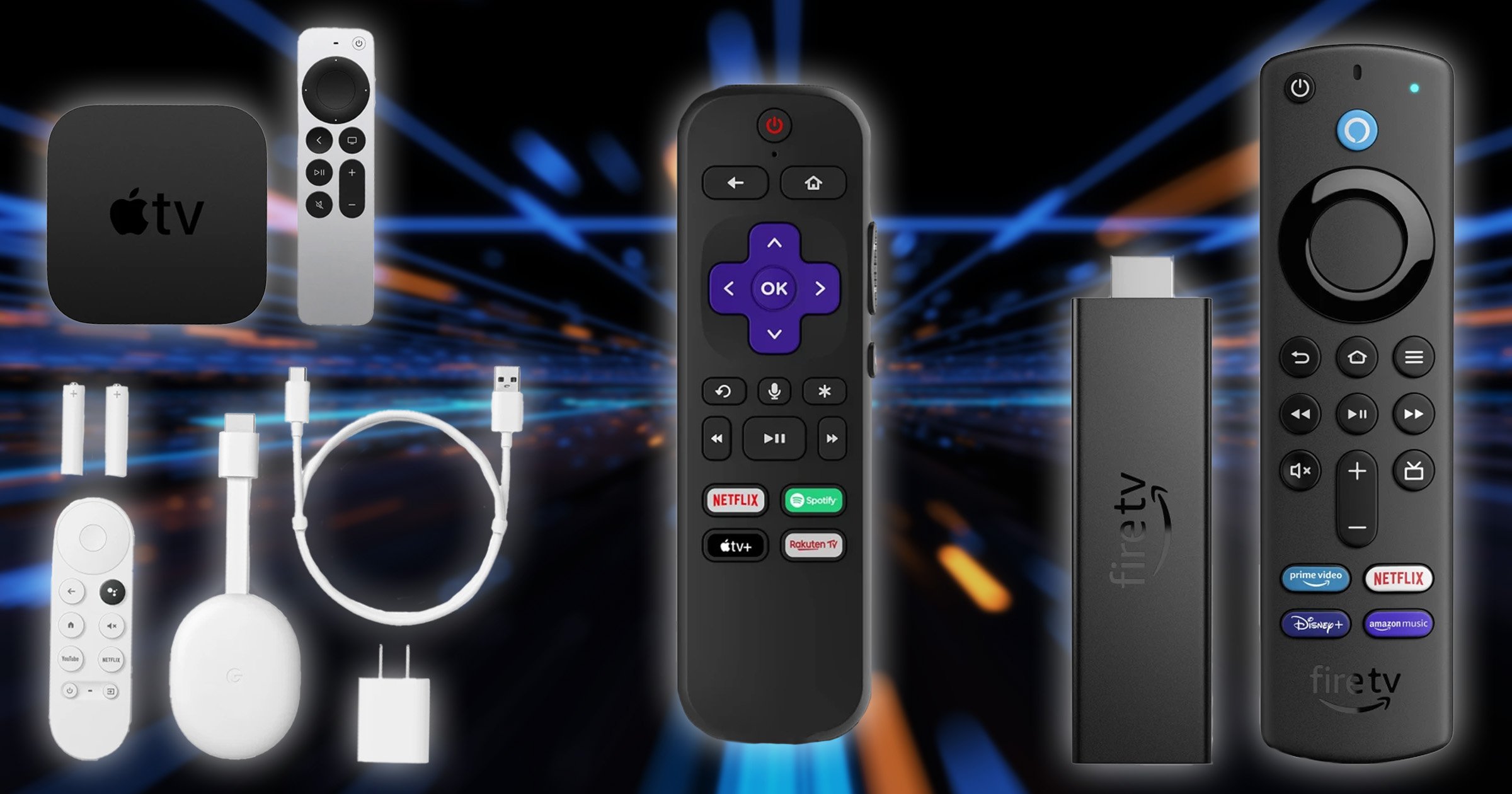 Since the boom of smart TVs, there seems to be endless entertainment options out there.

So much so, the choice can be overwhelming.

If you have got this far without a TV streaming device and are thinking of taking the leap, then look no further than this handy little guide to the best ones out there.

Discovering new shows and performance are in sharp focus when it comes to deciding on the Best TV streamers on offer.

So from Amazon to Apple, which TV streaming devices make the final cut?

Here are our picks:

Best for 4K on a budget: Roku

In many ways the Roku Streaming Stick 4K is the anti-Apple TV 4K. It’s platform-agnostic, playing no favourites when it comes to recommending (or pushing) content, and it’s affordable.

It has now added Dolby Vision to its already extensive list of features, is quicker to boot up than previously and also has useful wi-fi range.

And it has nothing to apologise for when it comes to performance, either: pictures are bright, clean and stable, while navigation around the logical, unpretentious interface is decently rapid too.

Voice search is reliable almost all the time. In short, this Roku is cracking value for money.

Until now, Google’s streaming devices have been in the ‘good’ rather than ‘great’ category.

Well, with the new Chromecast with Google TV video streamer, that’s all changed. It’s now got a voice-enabled remote control. It uses Google TV as its user interface, which is streets ahead of Android TV, especially where discovery is concerned.

The selection of apps and services is broad, and for once here’s a streamer that doesn’t just push its favoured content at you but instead assesses what you like and tailors its recommendations to match.

Images are sharp and detailed, and audio full-range and distinct.

Yes, it’s profoundly Amazon-centric, and, no, those constant ads don’t get any less annoying.

But there are unarguable positives here, even for those who aren’t Prime Video subscribers. Compatibility with 4K HDR (including Dolby Vision and HDR10+) and Dolby Atmos object-based audio don’t do any harm, either.

And beyond very accomplished video streaming, the Fire TV Stick 4K Max is compatible with Amazon’s Luna game-streaming service (which will eventually be launched in the UK) and can integrate seamlessly into a wider Alexa smart-home system.

It says Apple on the packaging so naturally the TV 4K has a premium price attached. If you want 64GB of internal storage rather than 32GB, it gets more expensive still.

And if you own one of the previous models, you’d be hard pushed to see any differences beyond the redesigned remote control handset.

But this is all by the by – the fact is, if you want the most impressive 4K images available from a streaming device, you’ll need to shell out for one of these.

Then you can enjoy crisp, detailed and convincing images, and equally confident audio quality up to and including Dolby Atmos.