Casey Affleck enjoyed an ultra romantic getaway to Tulum with his girlfriend Caylee Cowan amid rumors of an engagement.

The couple were spotted packing on the PDA on Wednesday as they frolicked in the waves together.

The shirtless star, 46, could hardly keep his hands – or lips – off his beautiful girlfriend, 23, who wowed in a red gingham print bikini. 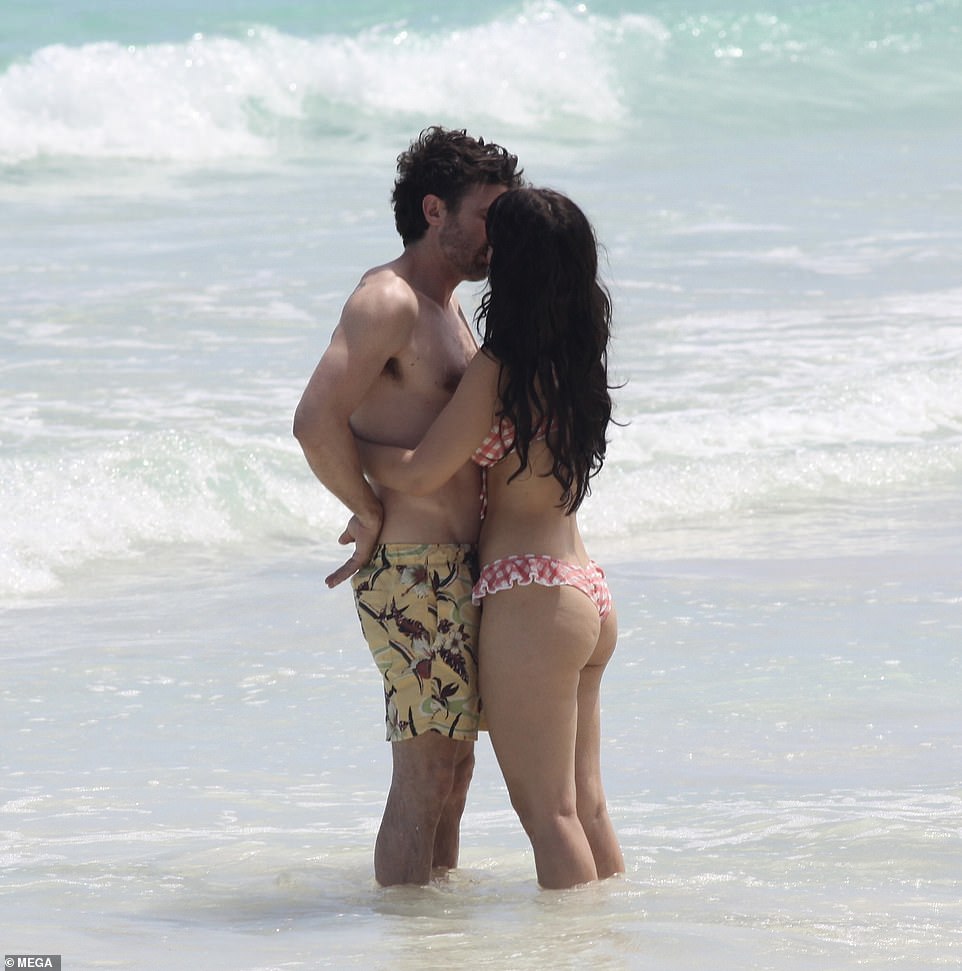 Mi amor! Casey Affleck packed on the PDA with his girlfriend Caylee Cowan during a getaway to Tulum, Mexico on Wednesday

The lovebirds were feeling the love as they shared countless smooches and hugs in the shallow depths of the crashing waves.

Casey and Caylee have been fueling engagement rumors as of late with the actress being seen wearing a brilliant ring as of late.

Caylee chronicled their make-out session on their camera, holding out her phone at arms-length to capture their kisses.

She also appeared to take a close-up shot of her perky behind.

Caylee looked absolutely beautiful with her raven tresses styled into loose curls and a touch of makeup amplifying her radiant complexion. 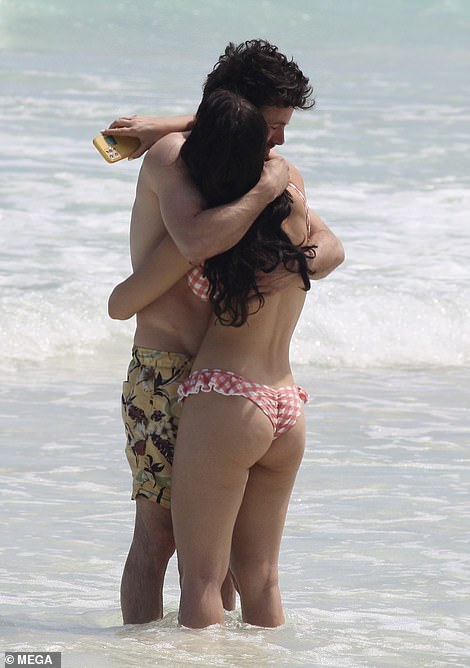 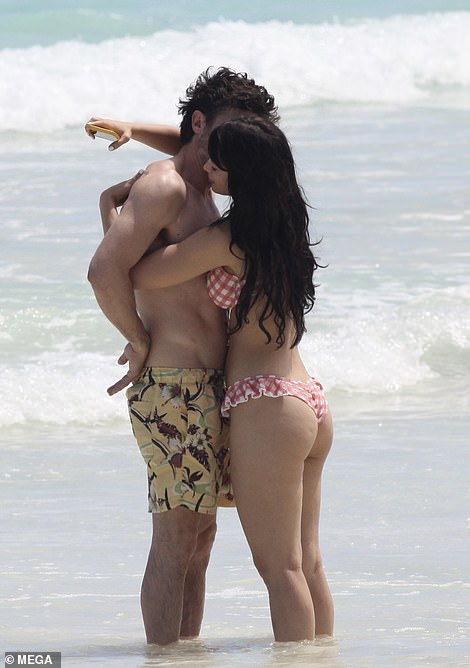 Hugs and kisses: The couple shared plenty of smooches and embraces 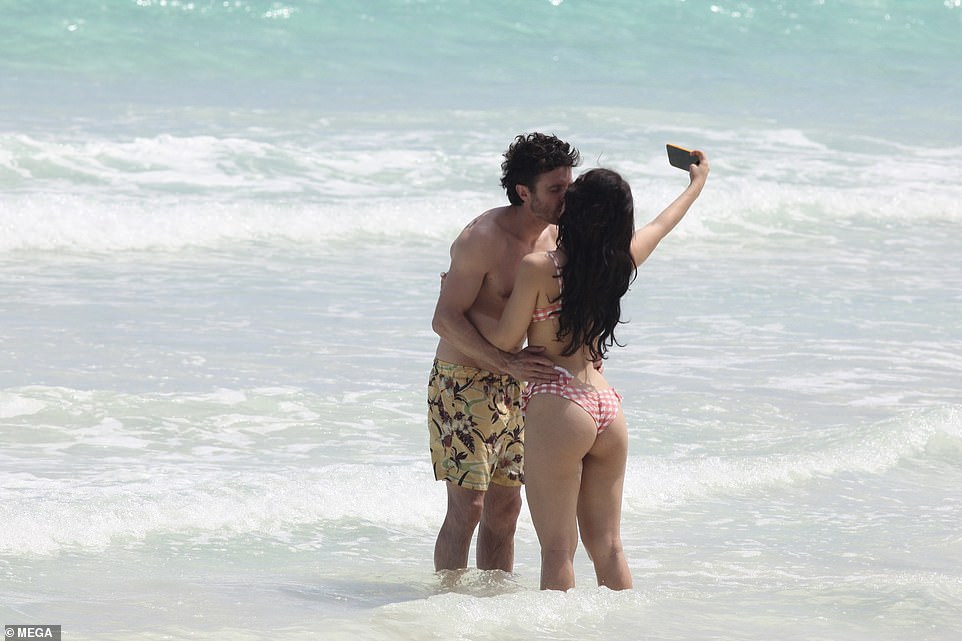 Can’t keep his hands off of her: Affleck smooched his girlfriend as she took a selfie of their romantic adventures 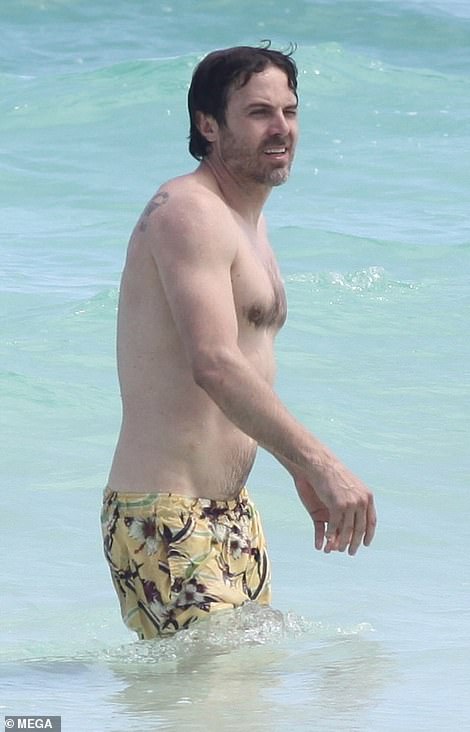 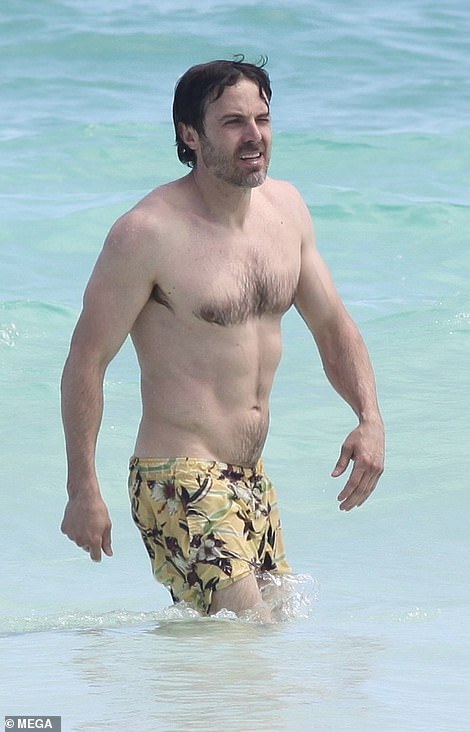 Toned! Affleck put his defined body on display as he hit the waves in his floral print trunks

Cheeky! Caylee appeared to take a shot of her perky behind as she posed in the waves

The Manchester By The Sea star was the picture of vacation bliss wading through the crystal clear water with a relaxed expression on his face.

Caylee appeared to be getting a few shots of Casey as well, as she held out her phone as he walked into the water.

The kissing continued on dry land where the couple snuggled up in an intimate cabana together. 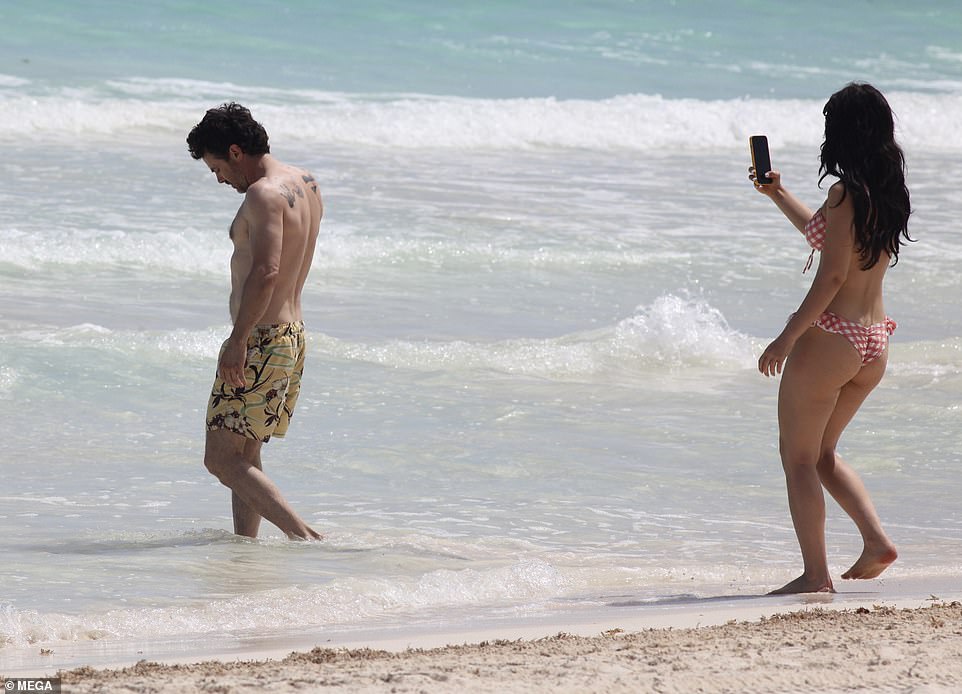 Remembering the moment: Affleck was also the subject of several photos taken by his lady love 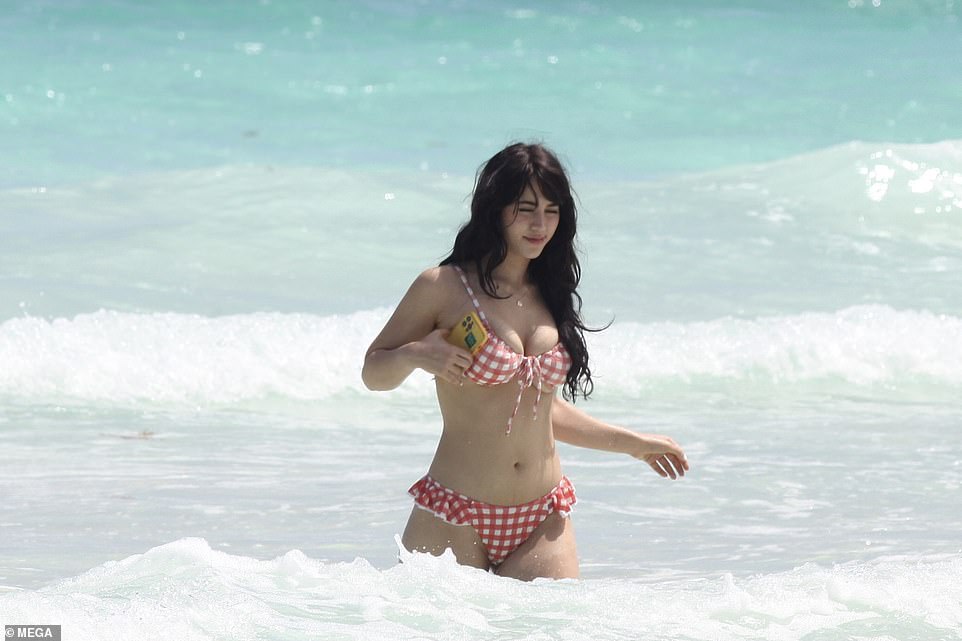 Making waves! Caylee enjoyed some fun in the sun in her flirty bikini 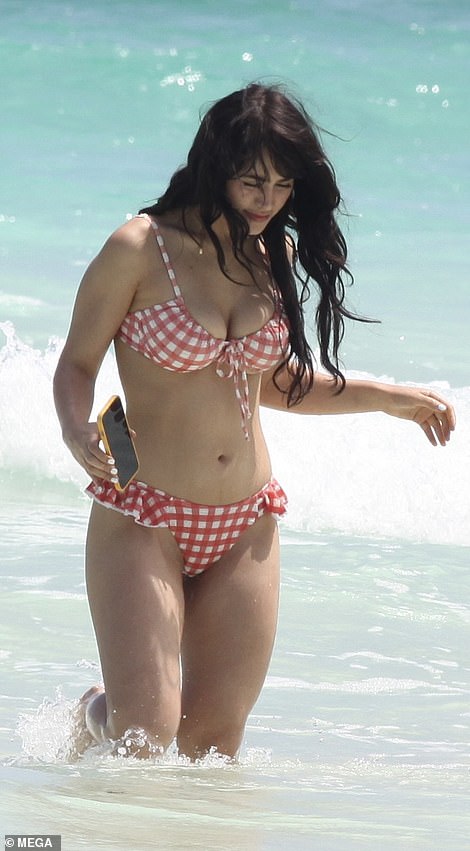 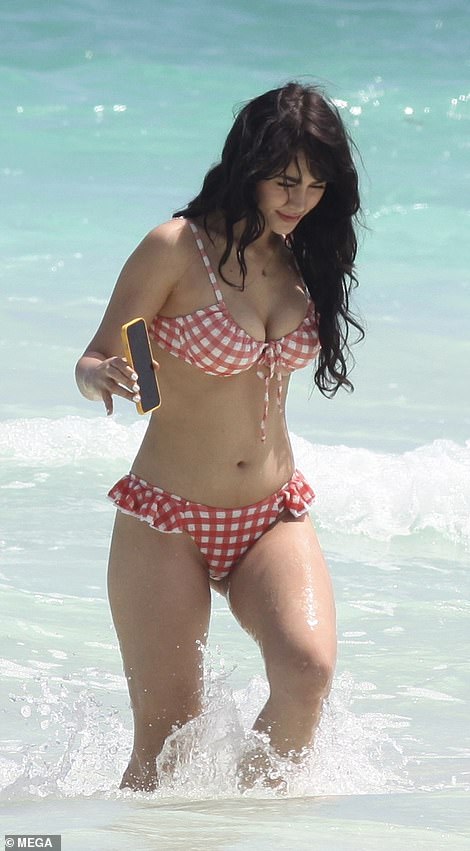 Picture perfect! Caylee looked absolutely beautiful with her raven tresses styled into loose curls and a touch of makeup amplifying her radiant complexion 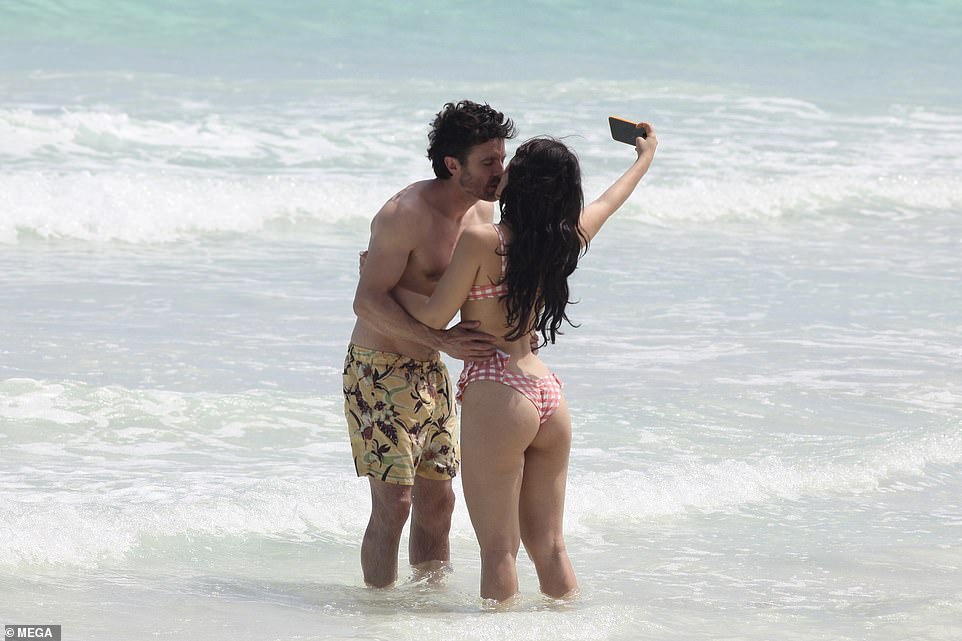 Couples goals! Casey tenderly placed his hands on her waist as she held her phone out at arms length

Caylee tenderly placed her hands on either side of his head as she gave him a kiss.

The actress also enjoyed a bit of beach reading.

As Casey laid next to her wearing a grey T-shirt and floral trunks, Caylee was engrossed in a book.

Casey and Caylee’s romance went public in November when Page Six ran pictures of them passionately kissing in the street. 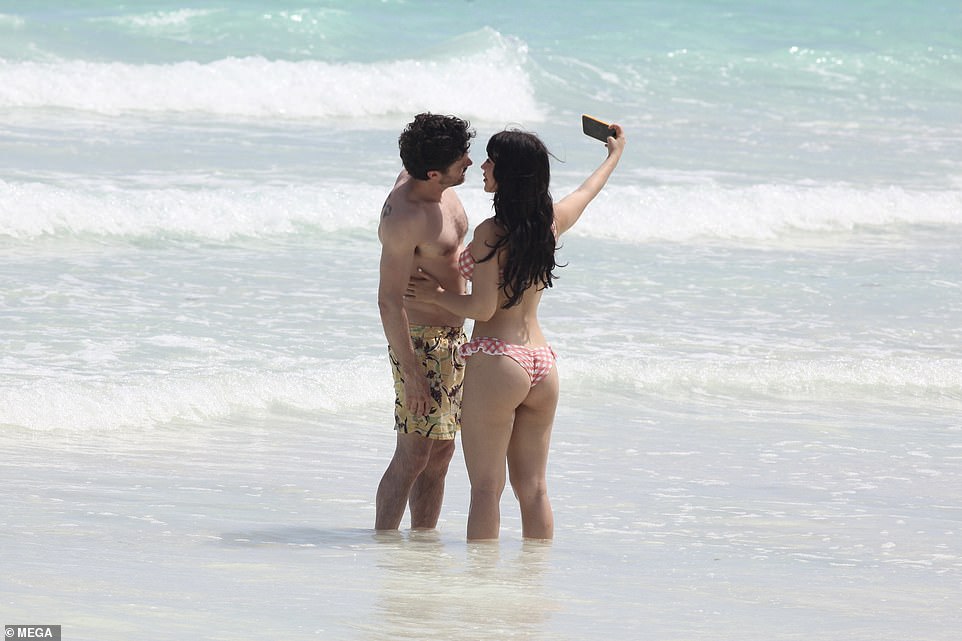 Picture perfect: Cowan was clearly determined to capture their romantic getaway on her phone 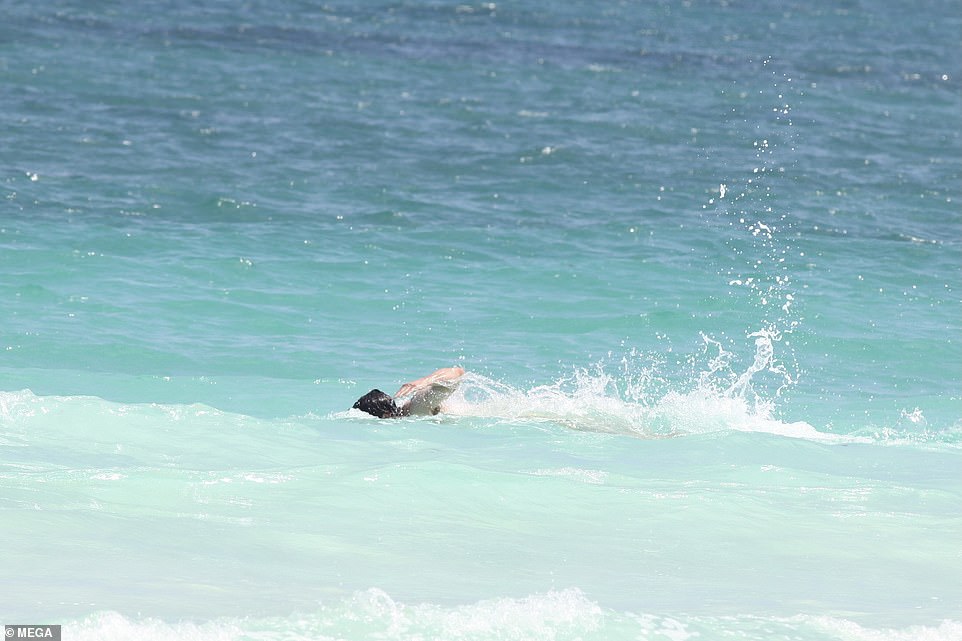 Making a splash! Casey enjoyed a refreshing swim in the water 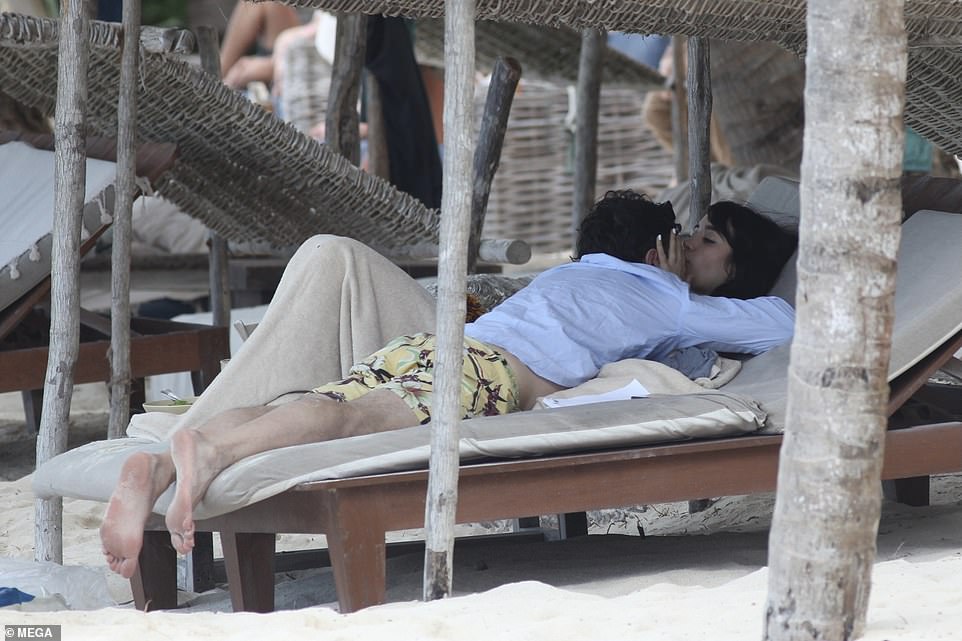 Kiss me! Caylee smooched her beau as they took their PDA to dry land 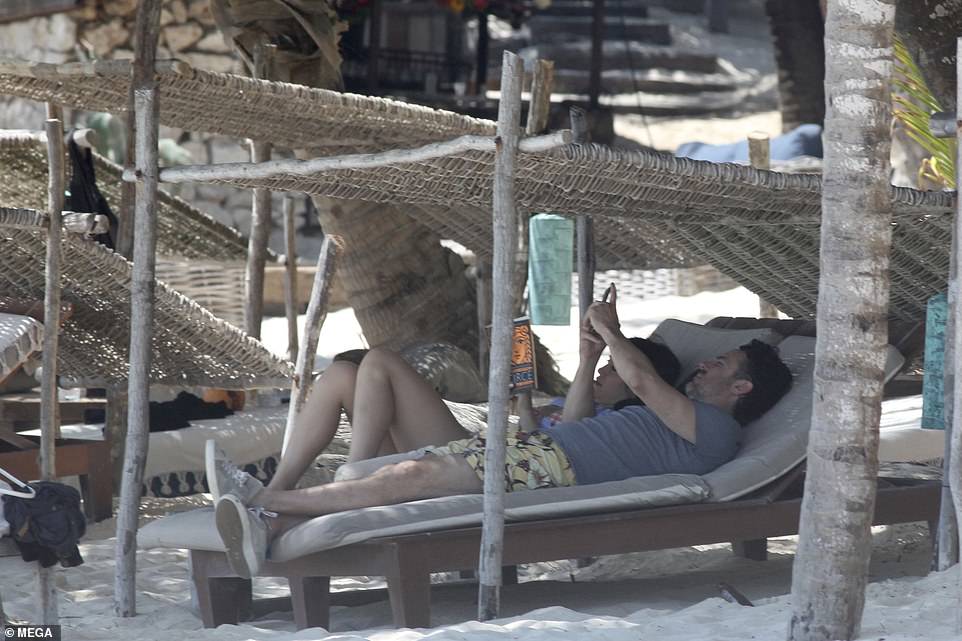 Beach read! The 23-year-old was engrossed in a book as she laid out next to her boyfriend

The sighting appeared to confirm rumors that Casey had broken up with his longtime girlfriend Floriana Lima, whom he had been with since 2016.

The actor then made their romance official as he posted photos of them donating blood to the Red Cross in late November 2021.

Then this January Casey posted a gushing tribute to Caylee revealing that they had known each other for exactly a year.

‘A year ago, we met. A few months ago, I got smart. Thank God, it wasn’t too late,’ he wrote, rhapsodizing that ‘you make me a better man every day.’

Bikini babe! Cowan looked phenomenal in her pretty bikini with her hair styled into perfect waves 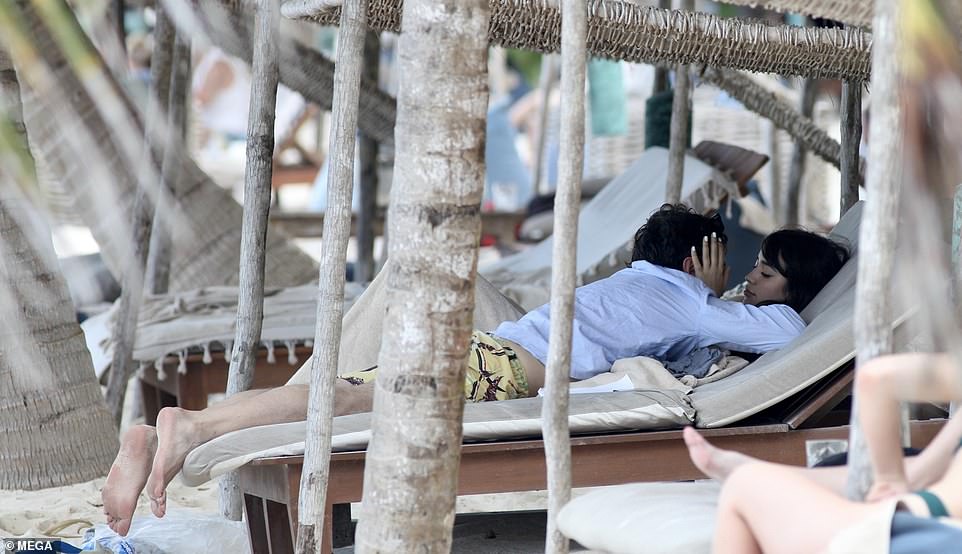 Going public: Casey and Caylee’s romance went public in November when Page Six ran pictures of them passionately kissing in the street

Prior to his relationship with Floriana, Casey was married to Summer Phoenix, whose siblings include Joaquin and and the late River Phoenix.

In 2018 after the Me Too movement took off, Casey commented on the 2010 allegations of sexual harassment against him that had reentered the public eye.

Producer Amanda White and cinematographer Madalena Gorka, who worked with Casey on the 2010 film I’m Still Here, had accused him of sexual harassment. Both filed suit, and the cases were settled in 2010.

Casey told the Associated Press in 2018 that ‘it was an unprofessional environment and, you know, the buck had to stop with me being one of the producers and I have to accept responsibility for that and that was a mistake.’

He stated that ‘I contributed to that unprofessional environment and I tolerated that kind of behavior from other people and I wish that I hadn’t. And I regret a lot of that.’

Casey added: ‘I really did not know what I was responsible for as the boss. I don’t even know if I thought of myself as the boss. But I behaved in a way and allowed others to behave in a way that was really unprofessional. And I’m sorry.’ 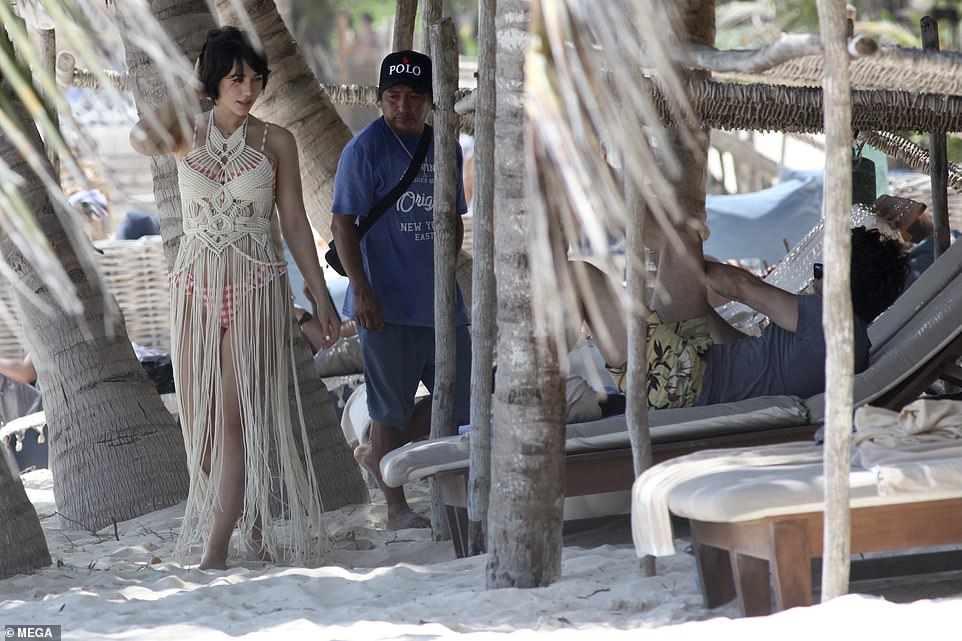 What a beauty: Cowan wore a woven beach cover-up over her swimsuit

‘You make me a better man every day’: Then this January Casey posted a gushing tribute to Caylee revealing that they had known each other for exactly a year 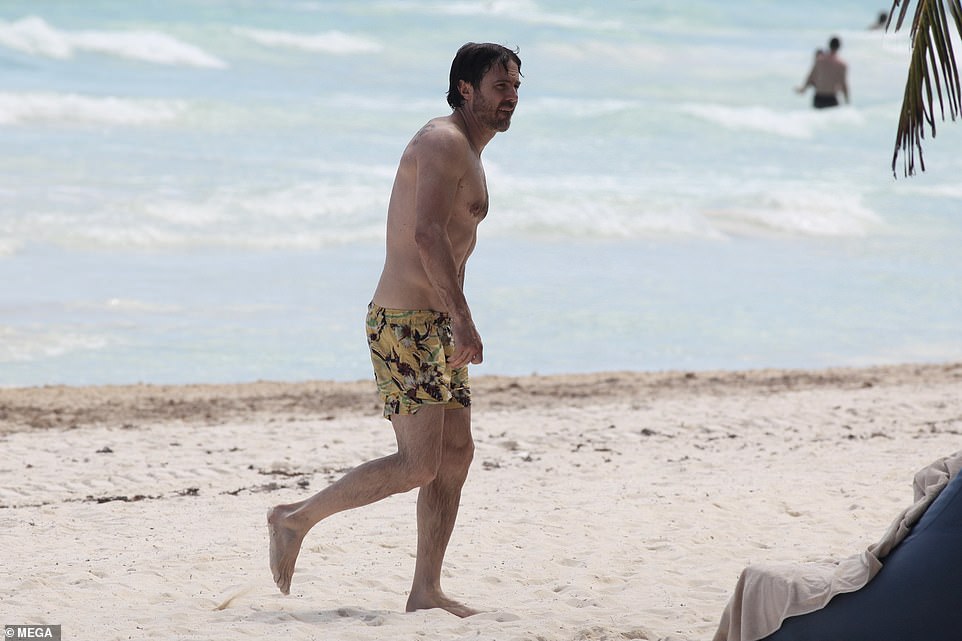 Love life: Prior to his relationship with Floriana, Casey was married to Summer Phoenix, whose siblings include Joaquin and and the late River Phoenix