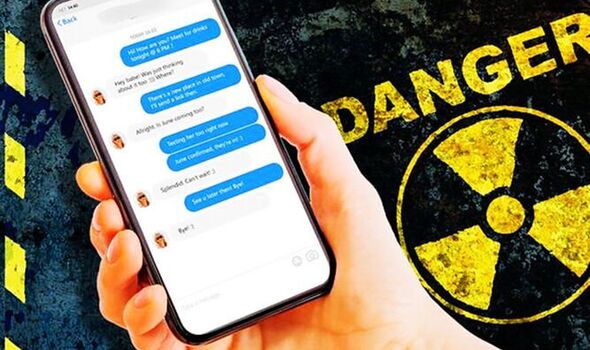 Android smartphone owners are being urged to look out for a nasty new threat that can leave them facing a bill they were never expecting. Security experts from the team at Avast say they have spotted cyber criminals using a new tactic that is fleecing Android users out of hundreds of pounds a year.

The scam, which is named SMSFactory, begins with simple push notifications and alerts that pop up on the screen and claim to offer the user free access to premium games, blockbuster movies and adult films.

If duped, the owner of the device is then urged to download an app that will then give them access to the content without needing to hand over any credit card or bank details.

It all sounds hugely enticing but there are no free movies or games. Instead, the application sets about hacking the phone with it then able to send text messages to premium rate phone numbers without the user ever knowing.

In fact, the app completely disappears from view and even renames itself making it almost impossible to find and delete.

Avast says that if the app stays undetected it has the ability to rack up over $320 in charges every year it remains on the phone.

Due to the nature of the malware, the user may be unaware of the financial damage until they receive their phone bill.

Although the fake app isn’t available via Google’s Play Store it’s not stopping the spread of the bug with Avast saying it alone has stopped 165,000 users from becoming a victim of the scam – that means many more will have fallen foul of the attack.

It’s so far been spotted in areas including the UK, US and Europe although its biggest targets appear to be those in Russia, Brazil, Argentina, Turkey, and Ukraine.

Avast says it’s vital that Android users stay alert and don’t download apps from unofficial stores unless they are 100 percent sure they are safe to install.

It’s also a good idea to disable or limit premium SMS with the network you use as this will stop excessive charges appearing without your permission.

Finally, check your smartphone bill as many of us simply ignore these statements and leaving it unchecked could mean the charges continue for longer than they need to.

Explaining more about the new scam, Avast’s Jakub Vara said: “Avast has been tracking a wide-spread malware campaign consisting of TrojanSMS malware, which we are calling SMSFactory. SMSFactory sneakily siphons money from victims around the world by sending premium SMS and making calls to premium-rate phone numbers.

Once installed, the malware hides itself, making it nearly impossible for victims to detect what is causing the charges on their phone bills.”