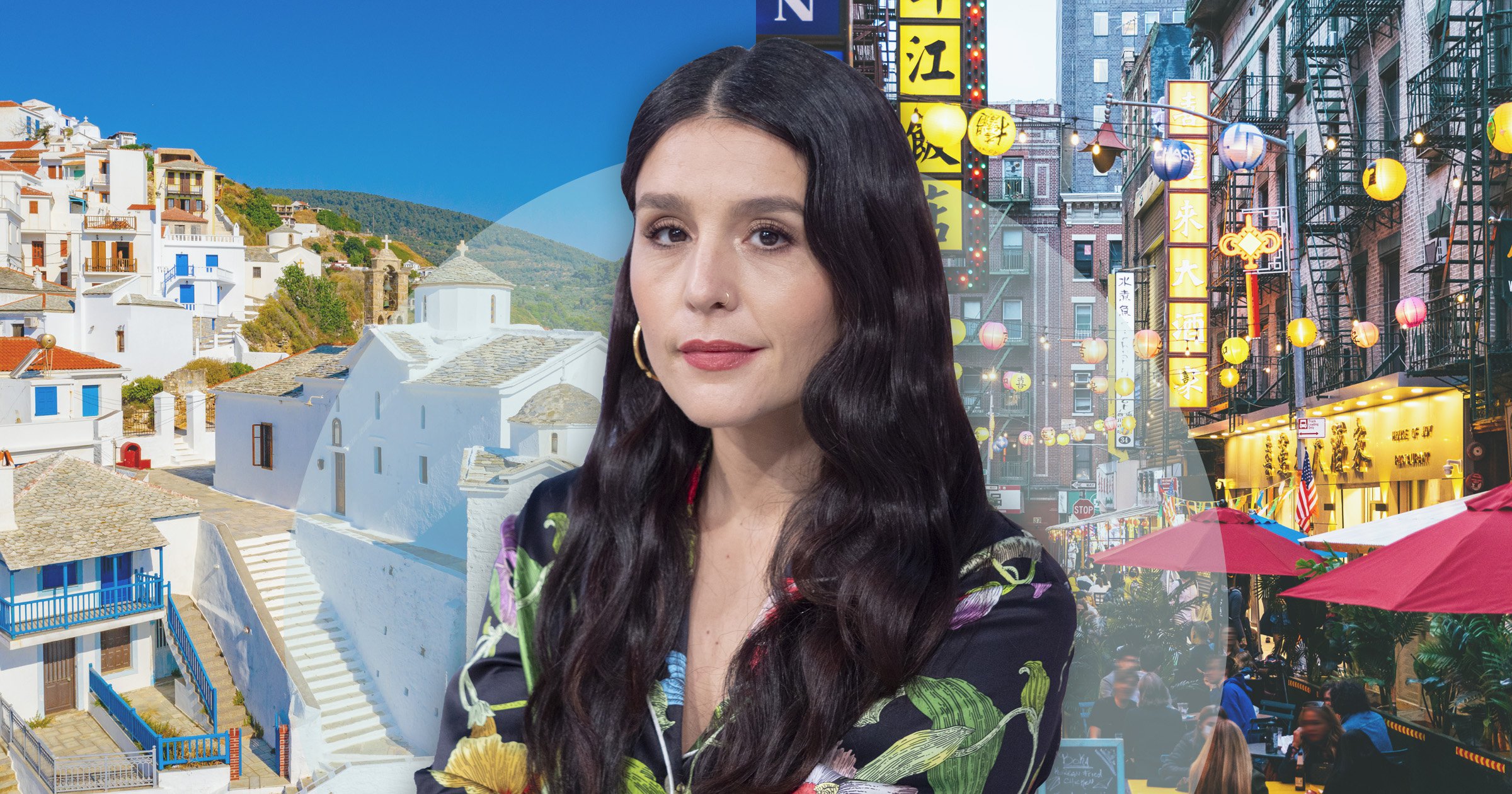 Jessie Ware is many things. She’s a singer, a podcaster and a mover and shaker in the music industry more generally. But did you know she’s also spectacularly well-travelled?

From New York to Skopelos (where she got married), it can seem that there are few places Jessie hasn’t been to. She spills secrets from her travels, and talks her obsession with bringing back vast quantities of souvenirs!

Literally on the road – every half-term when I was young we used to drive up to north Wales on a Friday after school and I’d get car sick after we’d had fish and chips somewhere.

Many of our holiday memories are mishaps that we laugh about for years to come. But since then Mum has taken us further afield to so many places – holidays were always a priority and they are now for my family too, usually seeking sun. We go to Skopelos in Greece every year and it’s become a home from home.

And your favourite city?

I’ve toured a lot in Europe and the States and a lot of the time it’s on tour buses. Sometimes you get to see more than the venue, and I love touring the States in particular.

There’s something about New York – when you get there, you get pulled into the madness and the fast pace of it all. I adore it there. Lisbon is a favourite and a bit nearer, obviously.

My mum didn’t appreciate it but I decided it was a really good idea to buy a whole set of dinner plates from Tulum in Mexico. It was probably one of our worst holidays; the best thing about it was the plates, however heavy my hand baggage was.

All ten of them got home in one piece but we nearly didn’t because we got stuck in a blizzard via New York. They’re really ornate and all hand-painted in different colours.

I go slightly mad with furniture and my husband gets so angry with me. I’ve come back with two huge lamps and a rug. I remember I had to get one of my bandmates to put up two Greek chandeliers…

What’s your most life-changing experience while travelling?

I got married in Greece in Skopelos in the summer of 2014, which kind of changed my life even though we’ve been together for a long time. We got 180 people over there and it isn’t the easiest place to get to. I realised I have a lot of very keen, good mates.

Going away for the first time without my mum was life-changing too. I went with two girlfriends to South America and started in Rio, which was a pretty big deal when I was 19.

I remember getting food poisoning on New Year’s Eve in Andorra. I had a cheese, ham and chicken breaded thing. I’ve also had food poisoning in Brazil in Ilha Grande after eating some chicken wings I thought looked fantastic.

My worst one was after having a McDonald’s in Lima. Me and my two girlfriends had to cancel our flight to Mexico because I was too busy vomiting and had to go to hospital.

I’m so led by my stomach – I’m keen to try anything and everything, which has led me into trouble many times.

Jessie Ware and her mum, Lennie, have partnered with the British Airways American Express® Premium Plus Card to celebrate the Companion Voucher benefit, which could entitle you to a second seat for a companion when making a Reward Flight booking.