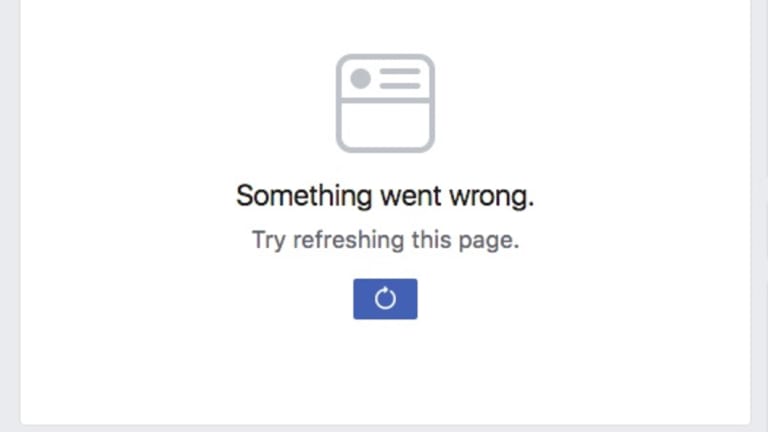 Facebook users worldwide were greeted with this image when trying to access their News Feeds on Sunday afternoon.Credit:Justine Landis-Hanley

Many users around the world were greeted with the message that "something went wrong" when they tried to access their Facebook News Feed, posting identical images of the broken landing page on Twitter.

It suggested users "try refreshing the page", but that still didn't work.

The Wired's manager of audience development, Alex Whitcomb was less than impressed with the social media site's explanation.

"'Something went wrong' has to be the most understated thing Facebook could say about its newsfeed," Mr Whitcomb wrote on Twitter.

"Hold your loved ones close".

Meanwhile, officers from the Richland Country Sherriff's Department in Colorado turned to The Simpsons to convey their point, posting a gif of Homer Simpson walking down the street wearing a placard that reads 'the end is near'.

Other users welcomed a break from the site, with one tweeting that it might be "time to go back outside lol".