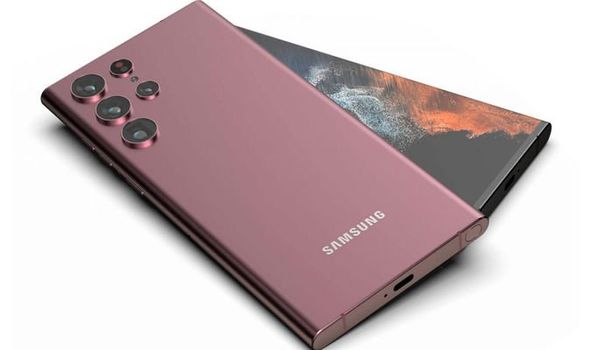 Samsung has confirmed that its next Unpacked event will be taking place on February 9 2022, which is where the Galaxy S22 line-up will be announced. And, for anyone interested in pre-ordering a Samsung Galaxy S22, the highly anticipated Android-powered handset will be cheaper to buy if you live in certain areas. Depending on which region you’re in you could get up to £83 off the Galaxy S22 when placing a pre-order, according to SamMobile.

Last week Samsung revealed that Galaxy fans in the US would be able to get $50 off an S22 handset when they sign-up to pre-order one of these phones.

While in the Netherlands Samsung is offering €50 Samsung Store credit when people in the region register for the next Unpacked event.

But the biggest saving that’s up for grabs is available in Sweden, where Samsung is offering a whopping €100 worth of store credit.

This is the highest value promotion that’s so far been offered in any country, and this credit can be used towards bringing the price of the Galaxy S22, Galaxy S22+ or Galaxy S22 Ultra down considerably.

So far, a similar promotion hasn’t been announced for the UK – but given it’s a few weeks till the next Unpacked event there is time for a similar offer to drop.

Even if Samsung doesn’t launch an equivalent money offer for those in Blighty it’s likely other deals will be available.

In the past, Samsung has offered a generous amount of freebies to people who pre-order upcoming Galaxy handsets.

Pre-order bonuses that have been offered in the past include free Samsung earbuds and a Galaxy SmartTag.

So, given past promotions, it wouldn’t be a surprise to see Samsung offer free pairs of Galaxy Buds 2 or Galaxy Buds Pro with Galaxy S22 pre-orders.

If that’s the case the Pro is likely to be a pre-order bonus for Samsung Galaxy S22 Ultra orders, with the Galaxy Buds 2 available alongside the S22 and S22+.

The Galaxy S22 line-up is expected to bring with it a few eye-catching changes from the S21 range.

Firstly, the S22 is rumoured to be smaller than the S21 – with a screen size of six inches compared to the S21’s 6.2inch size.

This should make the S22 easier to use in one hand, thanks to its smaller cuter size.

But the biggest, and most eye-catching change will be seen with the S22 Ultra.

Leaked dummy units have shown the S22 will have a Galaxy Note-like design, with squared edges instead of the S22 and S22 Plus’s rounded corners.

And the changes don’t stop there. The S22 Ultra is rumoured to differentiate itself in design massively from the S22 and S22+ by having a rear panel with no combined camera bump.

This offers a simplistic and clean look which is extremely eye-catching, especially when paired when the matte black colour scheme seen on an alleged, leaked dummy unit.

You can see mock-ups of how the Galaxy S22 Ultra could look on the LetsGoDigital website.

ASDA has boosted the amount of mobile data available with all of its SIM-only deals – without increasing the prices. ASDA doesn’t operate its own masts, but leverages Vodafone’s network. So, if you can get signal with Vodafone… you’ll be fine with ASDA.

You might associate Plusnet with broadband, but the company also has a successful SIM-only business too. For £9 a month, you’ll get 20GB of data each month, which should be more than enough for all of your WhatsApp messages, Instagram refreshes, and more. You’ll get unlimited minutes and texts too. The contract is 30-days, so you can switch to another deal at the drop of a hat too!

Three has slashed the price of its totally unlimited 5G SIM-Only plan. If you’re looking to get the most out of your existing smartphone, this is the SIM to do it. With unlimited downloads at superfast 5G speeds, unlimited text messages and unlimited calls for just £10 a month. That lower monthly cost will last for the first six months, before the SIM reverts to £20 a month

Although 12GB might seem a little modest in a list of SIM-only deals with multiple networks offering unlimited caps, Sky Mobile has a trick up its sleeve. Any unused data is rolled into the next month’s allowance, so you can quickly rack up a hefty bank of 5G ready for when you’re away from the home and work Wi-Fi networks. Better yet, streaming shows, movies and sports on the Sky Go app doesn’t count towards your allowance – so you can binge all you want on the train!

For just £1 a month more than the Sky Mobile deal above, you’ll get an incredible 36GB of mobile data to chomp through every month. With that kind of allowance, you won’t need to worry about running out of 5G, even if you stream all of your music, and watch a few Netflix movies away from your home Wi-Fi. There’s also unlimited calls and texts.

If you haven’t heard of SMARTY mobile, this network is owned by Three and uses the same 4G and 5G masts. So, if you can get a strong Three signal in your area… you’ll be fine with SMARTY. Better yet, this plan is a rolling monthly contract, so you can leave within four weeks if you spot a better deal elsewhere.

If you have a 5G-compatible handset, you’ll want a SIM like this tucked inside to get the most from your device. As part of its ongoing Christmas sale, Vodafone is offering 160GB of 5G data speeds for £20 a month. Even better, there’s also unlimited text messages and calls too

Although you won’t enjoy any extra mobile data from this bundle compared to market-leader EE, you will get a free six-month subscription to Disney+. This incredible Netflix rival includes every Star Wars film, every episode of The Simpsons, every entry in the Marvel Cinematic Universe, and all of the animated Walt Disney Animation classics. You’ll also get unlimited calls and texts.