TOKYO (Reuters) – Applications to become Japanese billionaire Yusaku Maezawa’s girlfriend have topped 20,000, streaming service AbemaTV said on Thursday, ahead of its documentary on his search for a “life partner” to take on his moon voyage. 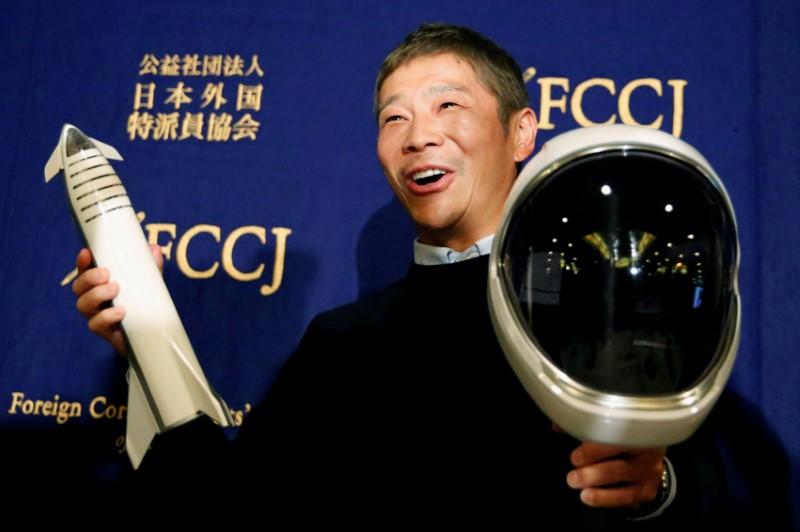 Maezawa, who will be the first private passenger on Elon Musk’s SpaceX, has already generated huge social media buzz with a $9 million giveaway to his followers that secured his position as Japan’s foremost Twitter celebrity.

Multiple-choice questions include “If you rode in a private jet where would you go?” and “If Maezawa farted in front of you what would you say?”, with users presented with a photo of the billionaire varying from happy to sad depending on their score.

AbemaTV, backed by online ad agency CyberAgent and broadcaster TV Asahi, is one of Japan’s foremost proponents of the reality dating show.

Securing Maezawa for “Full Moon Lovers” is a coup for the service, which aims to generate social media traffic and is targeting younger viewers who are turning off TV.

Current and upcoming AbemaTV shows include one in which Japanese-speaking female contestants are paired with foreign men who don’t speak their language and another in which women go on dates with “princes” several years their junior.

Japanese broadcasters have been slow to offer streaming even as ad spending shifts online, worried about upsetting their regional TV networks by offering nationwide streaming services.

Public broadcaster NHK, which had been legally constrained from offering such services, will begin streaming in April following rule changes last year.

The reality dating format got a boost in Japan with the success of hit show Terrace House, which was developed by broadcaster Fuji Holdings before being picked up by Netflix, building an international fan base through its relaxed tone and mild-mannered contestants.