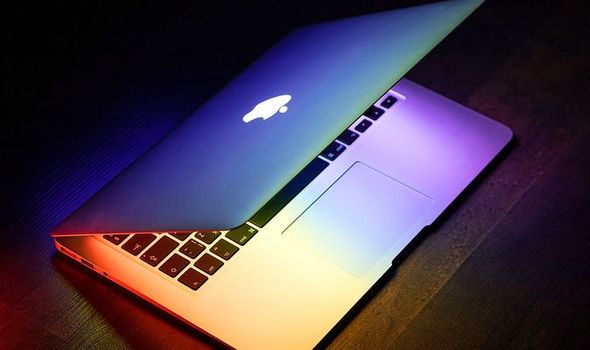 Apple is gearing up to launch a new MacBook model. That’s according to a new filing from the Eurasian Economic Commission (EEC), which has slapped a stamp of approval on a new “portable personal computer” from Apple in a filing spotted by the eagle-eyed team at 9To5Mac.

Before new notebook models can go on-sale in Europe, the devices need to be approved by the regulatory body. Unfortunately, that means Apple isn’t always able to maintain its trademark secrecy over the upcoming new additions to its portfolio. The new personal computer submitted by Apple for approval carries the model number of A2289. Unfortunately, that’s about the only concrete information that we can reveal at the moment.

Everything else is speculation.

Thankfully, there is a lot to talk about. It seems like whatever this new MacBook model is – it will ship with the new Magic Keyboard. Apple introduced the new keyboard design with its redesigned 16-inch MacBook Pro late last year. The keyboard ditches the impossibly controversial low-profile Butterfly-mechanism that debuted with the 12-inch MacBook in March 2015 before rolling out to every notebook in Apple’s arsenal. The Butterfly keys were notoriously unreliable, with Apple adding each new laptop its extended warranty at launch – before they’d even left the factory.

As it stands, the 16-inch MacBook Pro is the only notebook with the new keyboard. Every other MacBook model in the Apple Store has the problematic keyboard – something Apple is likely keen to rectify as soon as possible. 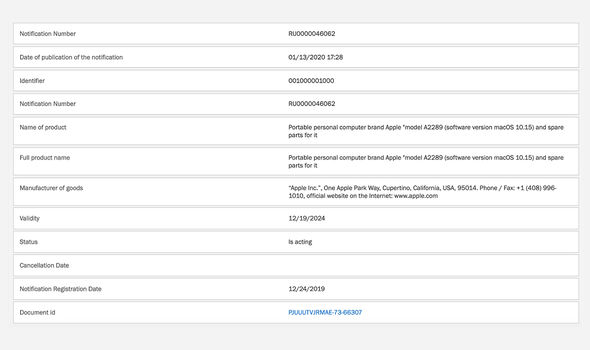 As such, it seems most likely this mysterious new model will be the smaller MacBook Pro model that accompanies the 16-inch MacBook Pro. Whether Apple performs the same magic trick with the smaller model as it did with the latter – that’s to say, eliminating the bezels to squeeze a larger display into roughly the same physical footprint as the previous generation remains to be seen.

Of course, it could also be a new MacBook Air model – or a return of the now-discontinued ultra-portable 12-inch MacBook with faster internals.

It’s unclear how long we’ll have to wait to find out what the EEC has approved. Apple could spontaneously refresh its online store with the new product (as it did around this time last year with the second-generation AirPods) or it could decide to hold an event in the Steve Jobs Theatre in its spaceship-like headquarters in Cupertino, California in the coming weeks. In the past, the company has held an event in March to announce new iPads.

That seems like the most likely candidate. It could also see the unveiling of the long-rumoured iPhone SE 2, purportedly branded iPhone 9.

As always, Express.co.uk will have all the news and rumours – so stay tuned if you want to spoil the surprise before Apple CEO Tim Cook takes to the stage.