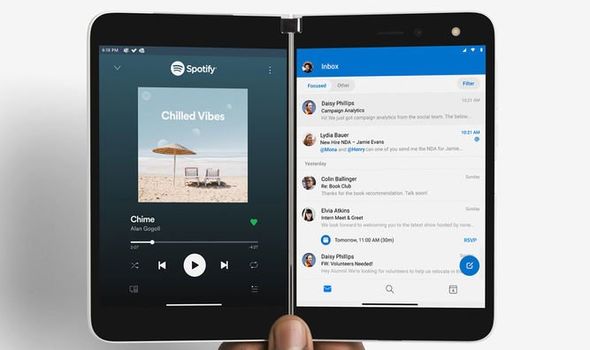 It’s been a long time coming but Microsoft fans in the UK finally know when they’ll be able to get their hands on the new folding Surface Duo smartphone. This bendy device will arrive in stores next week with Thursday, February 18 the date fans should pop in their diaries. Microsoft first unveiled its dual-screened phone last year but until now has kept a UK launch under wraps.

It’s certainly a pretty unique concept with the clamshell design offering two 5.6-inch displays that are aimed at multi-tasking. Microsoft has confirmed that each screen can run two separate apps at the same time or you can run one application and use the other screen as a keyboard or game controller.

Once fully unfolded you’ll be treated to 8.3-inch-inch style tablet although unlike the new Galaxy Fold you will have to put up with a hinge through the middle of that display.

There’s also no screen on the front which does mean it’s better protected when placing it in your bag but you will have to open it to see your messages or respond to emails.

Unlike previous Microsoft phones, the Duo is powered by Android allowing Microsoft fans to gain access to millions of apps – as well as the Android versions of many of Microsoft’s most popular apps, including Office, OneNote, and more.

Other extras include a 3,577mAh battery and a Qualcomm Snapdragon 855 processor. There’s also a single camera which can shoot images in low light and record video in 4K quality.

A fingerprint scanner is placed on the side of the device and USB-C charging offers fast refills via its 18W plug. 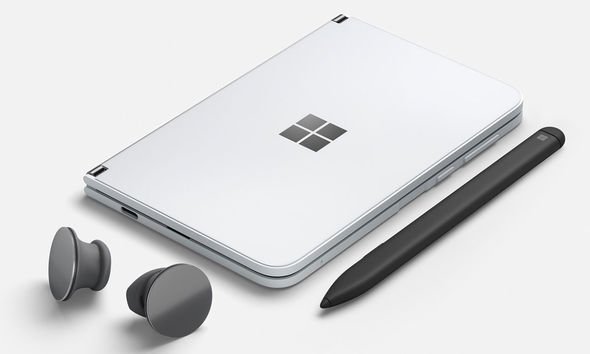 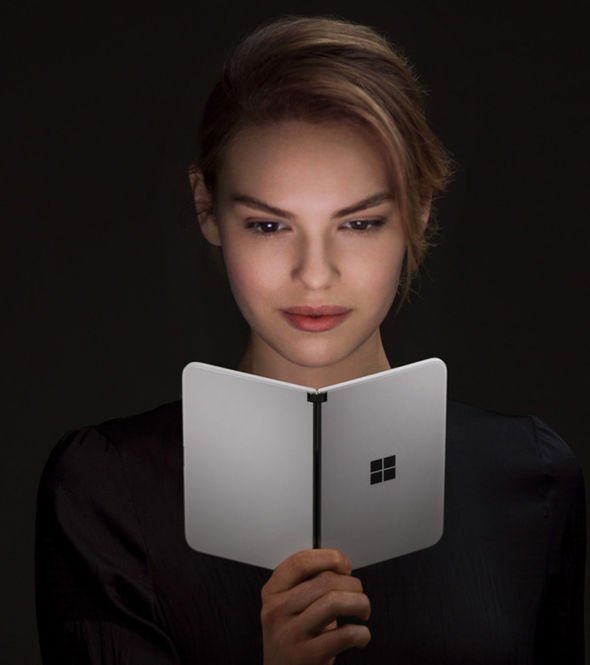 Speaking about the Duo, Microsoft said in a blog post: “Customers love what Surface Duo allows them to accomplish with existing applications, and our partners are doing amazing work to optimise their experiences across two screens.

“At launch, we showcased Amazon Kindle and the incredible work they’ve done to allow you to read a book like a book on Surface Duo. Spotify has embraced dual-screen capabilities to improve music discovery. We’re excited to share that TikTok has released an enhanced app that brings entirely new experiences that light up on Surface Duo.

“Optimised for two screens, you can discover videos customized for you while, at the same time, exploring relevant hashtags, the latest trends and more.”

The only sticking point of this smartphone could be the price as it starts from a rather hefty £1,349.

If that sounds a bit rich, Microsoft says customers can take advantage of the Microsoft Store Trade In Scheme when they purchase the Surface Duo. Customers who order a new Surface Duo by 3rd of April can get up to £500 when they trade-in an eligible device.