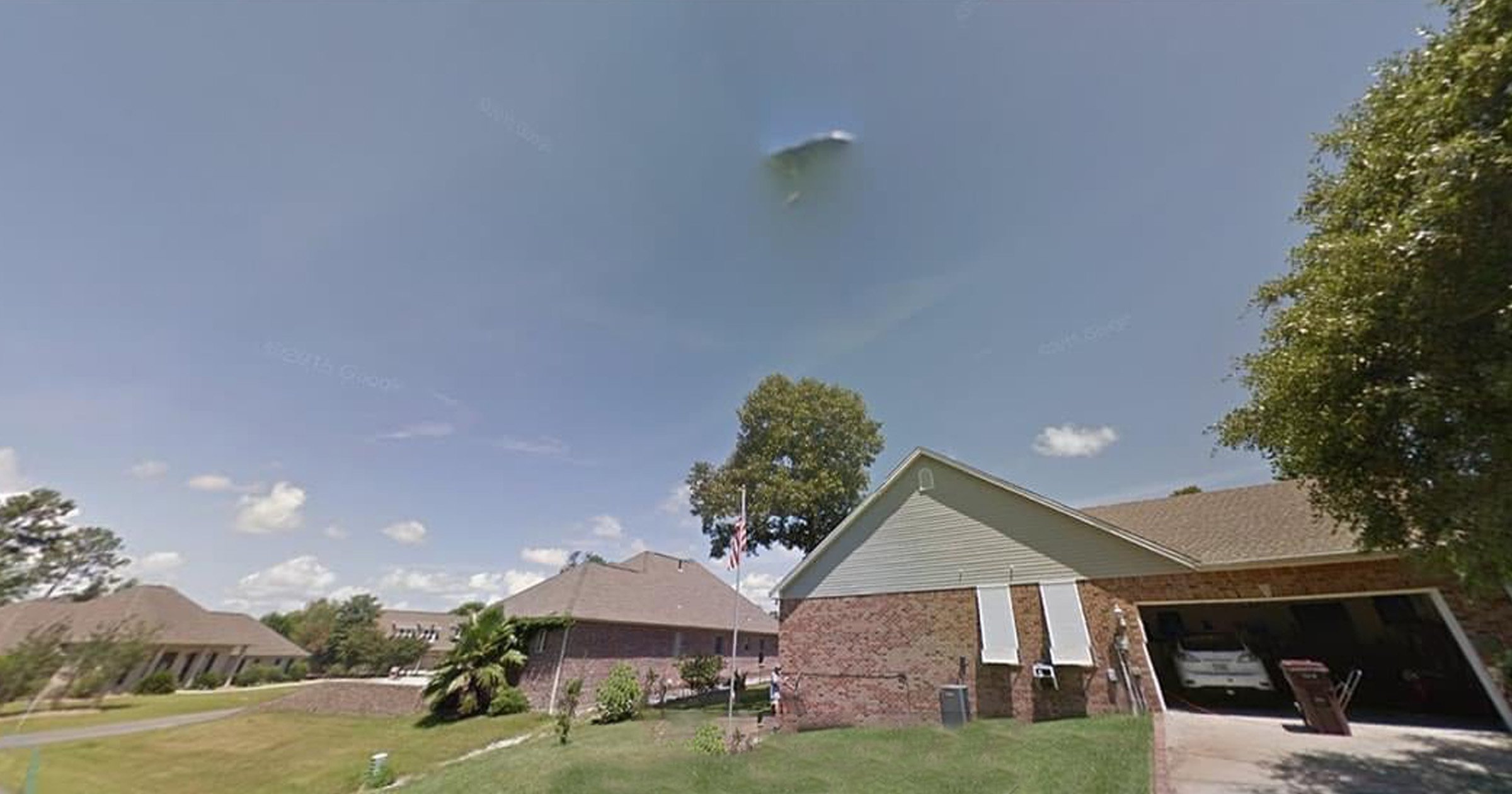 ‘I think you found bird s**t on the camera,’ is the top response to a post entitled ‘Did I just find photos of a UFO/UAP??!!’ from user @joshmanchaz.

The picture, culled from Google’s Street View service, does indeed appear to show a UFO-type craft over a house in the US.

Until you look a bit closer and the truth becomes apparent.

It really is just a smear of bird poo on the lens of the camera.

Another member of the thread joked: ‘Interdimensional bird turds?’.

While another user chimed in: ‘Omg haha… have you used Google street view much?

‘It’s full of artefacts from the stitching of the 360 cameras. This is certainly one of them.’

Bird poo notwithstanding, UFOs are a hot topic at the moment after the US government released an intelligence report saying there are things in the sky it can’t explain.

Unfortunately, the UK government has no plans to do the same and disclose what it knows about possible UFO recordings.

Responding to questions asked in the House of Lords last week, Baroness Goldie responded on behalf of the MoD that the government ‘holds no reports on unidentified aerial phenomena’.

She added: ‘The MoD deals with actual threats substantiated by evidence. The government continues to take any potential threat to the UK seriously.’

Lady Goldie also told the Lords: ‘The MoD has no plans to conduct its own report into UAP because in over 50 years no such reporting had indicated the existence of any military threat to the United Kingdom.’

One Tory peer, Viscount Ridley, said: ‘Unidentified does not mean suspicious. Does the minister recognise the US report referred to says there is no clear indication that there is any non-terrestrial explanation for the 144 sightings?’

‘The idea that in an era of mobile phone cameras, drones and frequent travel there could possibly be alien spaceships whizzing about undetected in our atmosphere on a regular basis is not I think very plausible.

‘It’s much more likely that these blurred images have boring explanations, alas.’

Lady Goldie said in response: ‘The UK air defence community detect and monitor all flying air systems 24 hours a day to provide an identified air picture as part of the UK’s national security posture and our commitment to the integrity of Nato airspace.’