THIS is the brilliant moment a Ring doorbell cam captured a thrilled Domino’s delivery driver arriving with pizzas just as England scored.

Hearing a mighty roar from behind the front door of the Essex home, the keen footie fan celebrated with a huge grin and yelled "Thank God!" 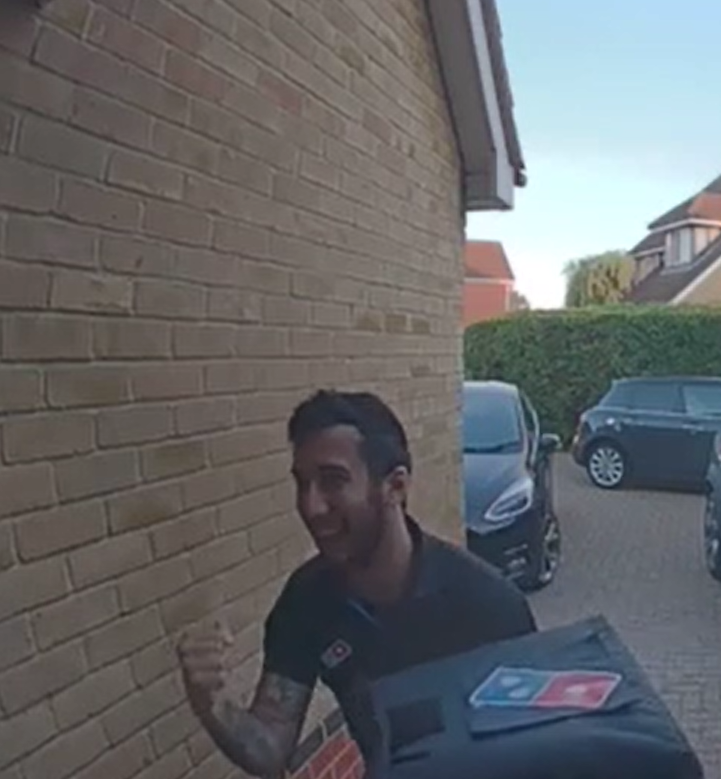 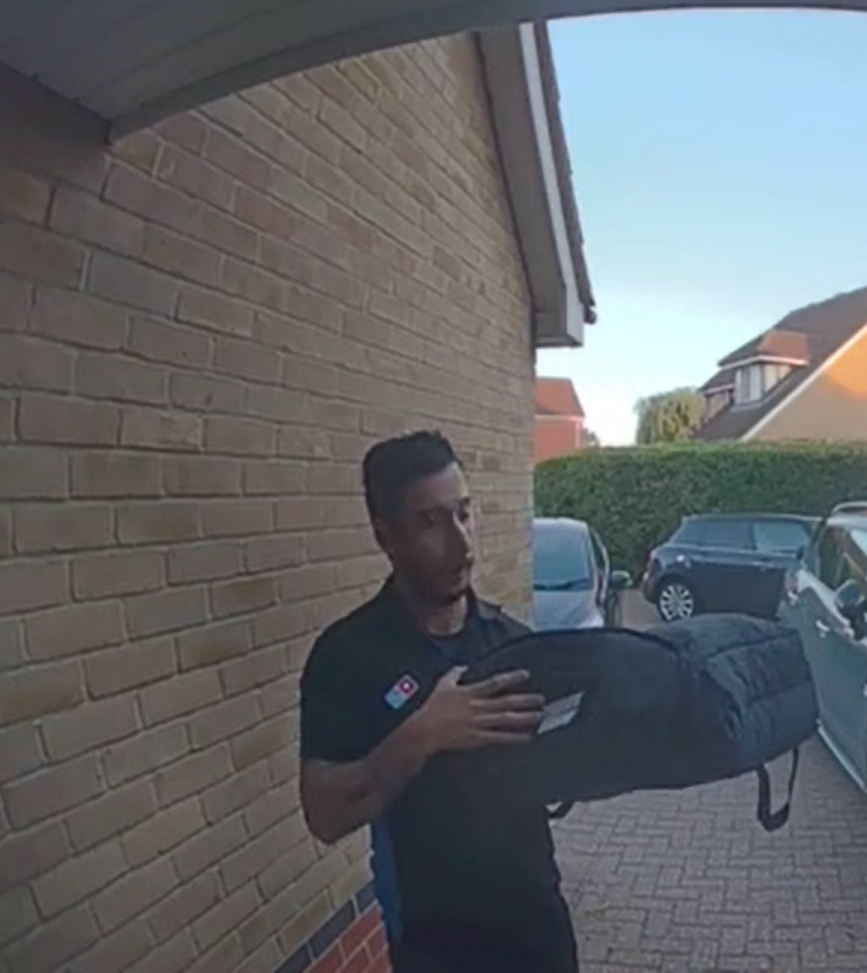 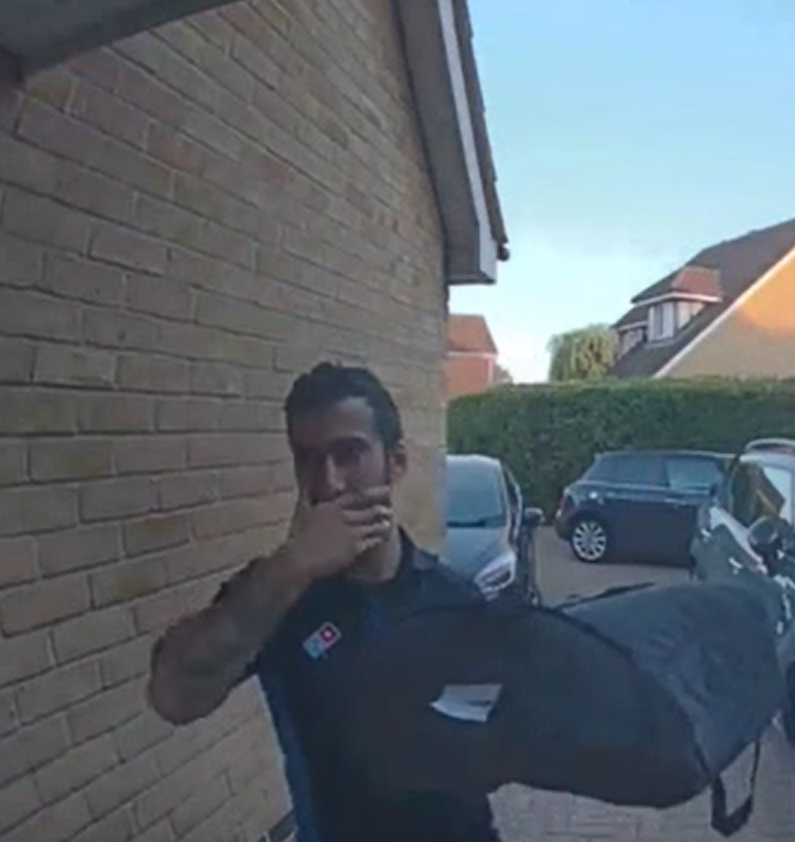 The Ring doorbell footage starts with the driver arriving at the door, and pushing the doorbell in Canvey Island.

Standing there with the pizzas while it chimes, he can suddenly hear loud screams and shouts from inside.

The driver immediately cottons on to what has just happened.

The man breaks out in a huge smile, repeatedly punches the air in delight and says ‘yes!’

He then asks: “Has England just scored?”

A woman at the door confirms that the home team has indeed scored in its Euro 2020 nailbiter, to which he looks very relieved, and replies, "thank God!" 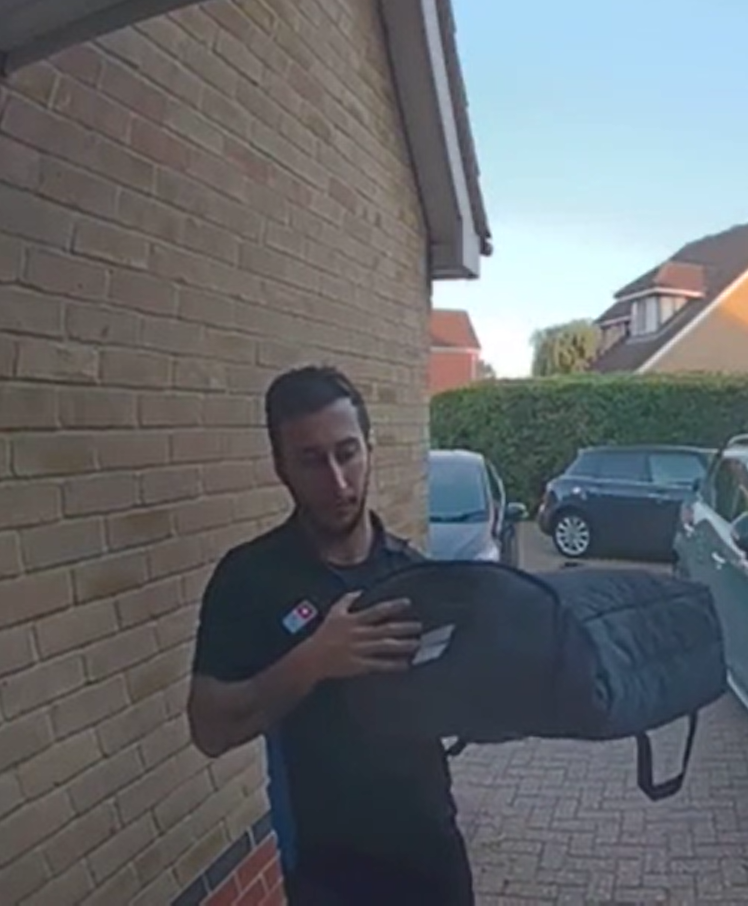 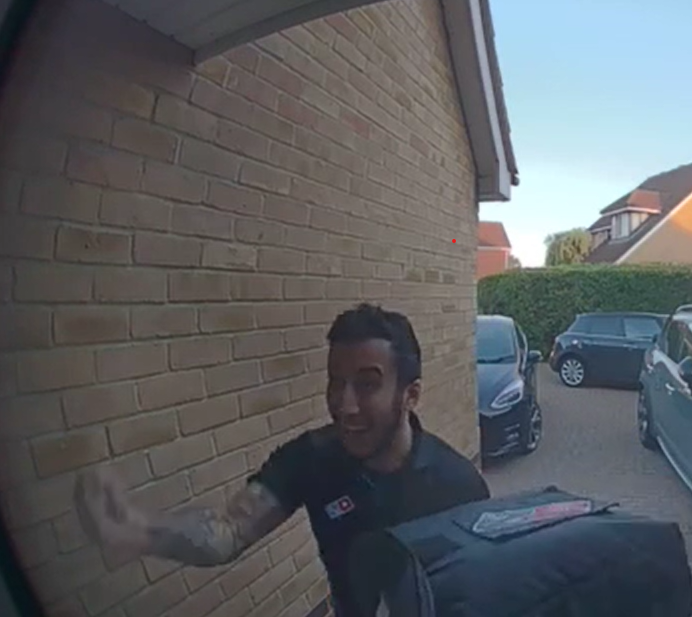 David Peach, 45, whose Ring doorbell captured the excited scene, told the Sun Online his family had "ordered four pizzas from Domino's" for the big match.

David, who works for printing firm Furnival Press in London, said he and his partner, Amanda Tissington, 45, had been engrossed in the drama unfolding on the screen.

Then, "the driver rang the doorbell at the very moment the goal was scored, and my girlfriend was near the door.

"The poor bugger was obviously working and missing the match so he had a bit of excitement outside the front door.

"She was screaming, everyone screamed when we scored."

When Amanda confirmed the happy news, the Domino's driver was absolutely thrilled. 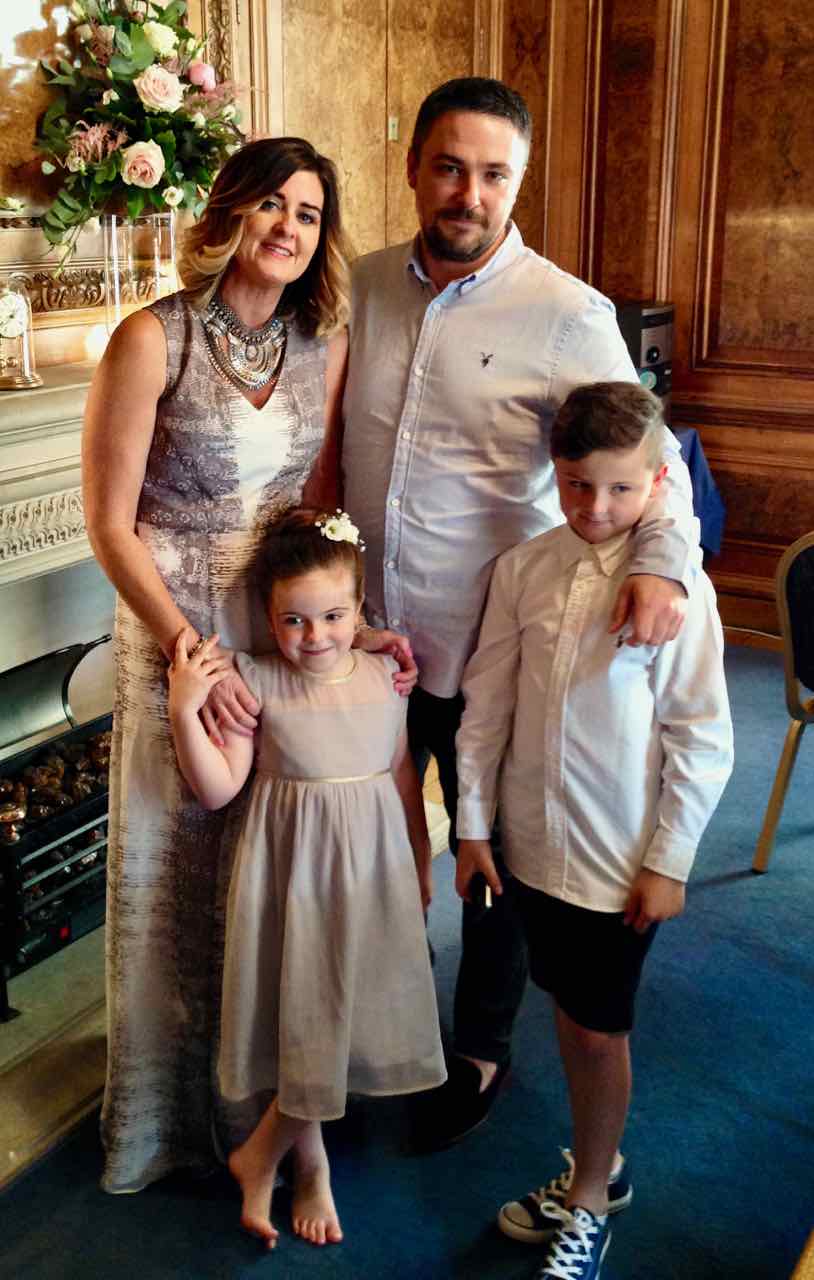 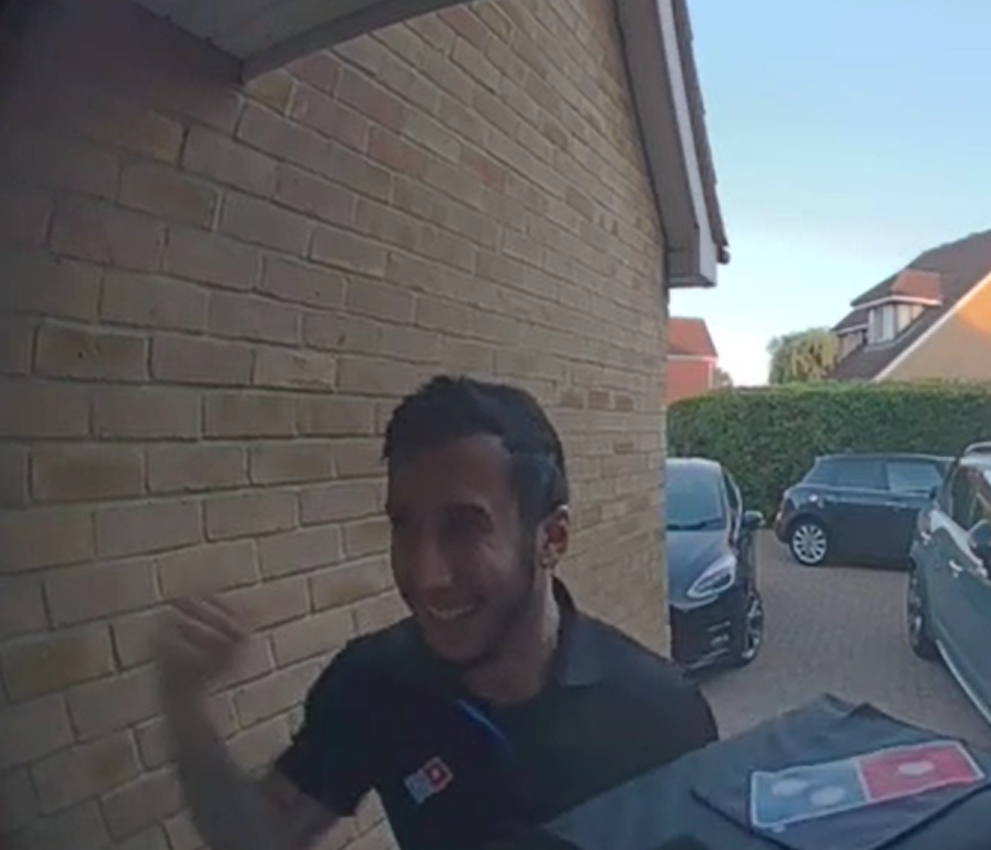 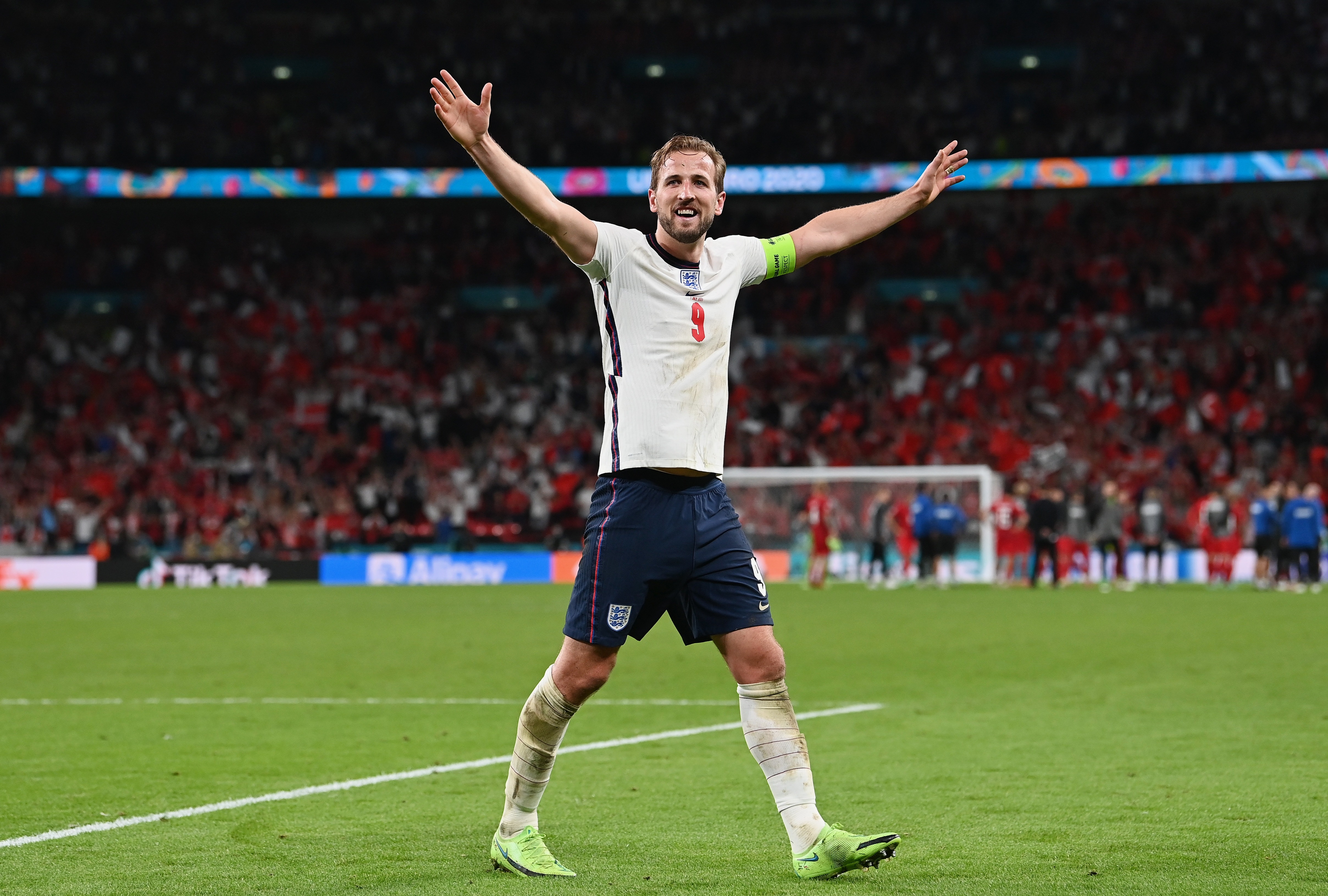 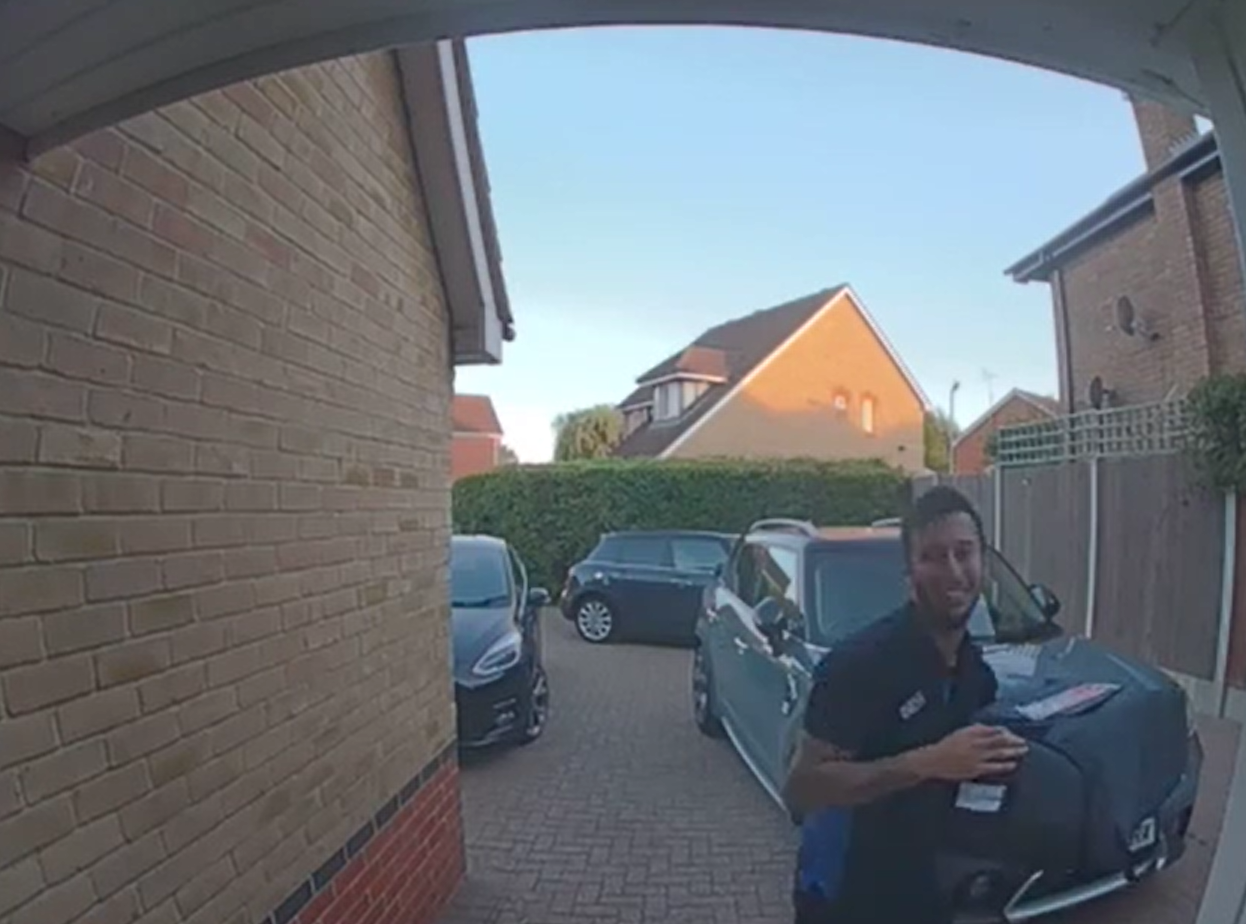 David added: "My girlfriend told him to look through the window, but the curtain was closed, so he couldn’t see the telly."

The happy driver then "went on his way".

Asked about the huge, historic result, which saw England in their first big final since 1966 with the 2-1 win over Denmark, David replied that it was "amazing".

"Sunday is going to be a good day – first [England final] in my lifetime," he added.

But tickets for England's historic Euro 2020 final with Italy are being sold online by greedy touts for up to £50,000. 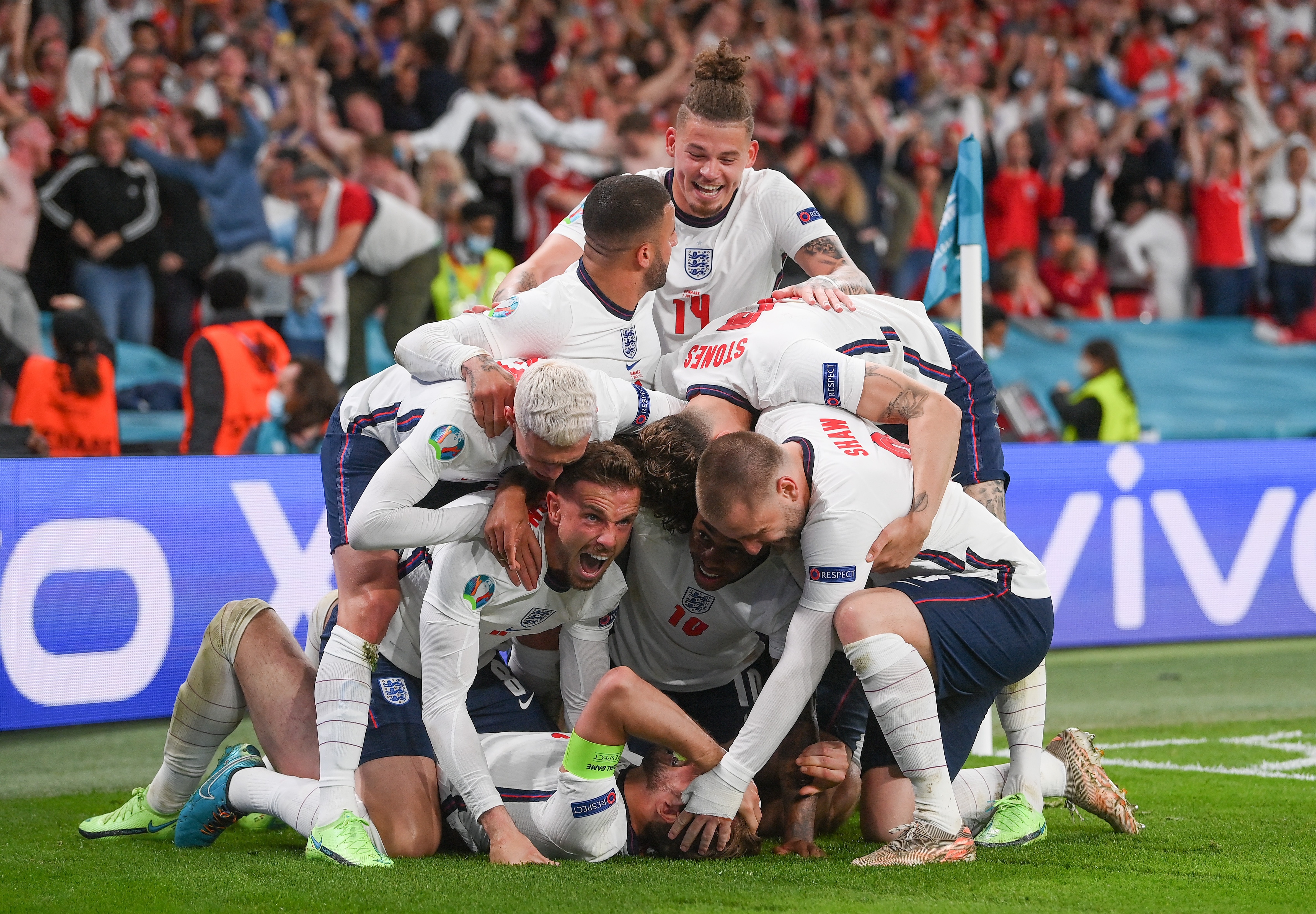 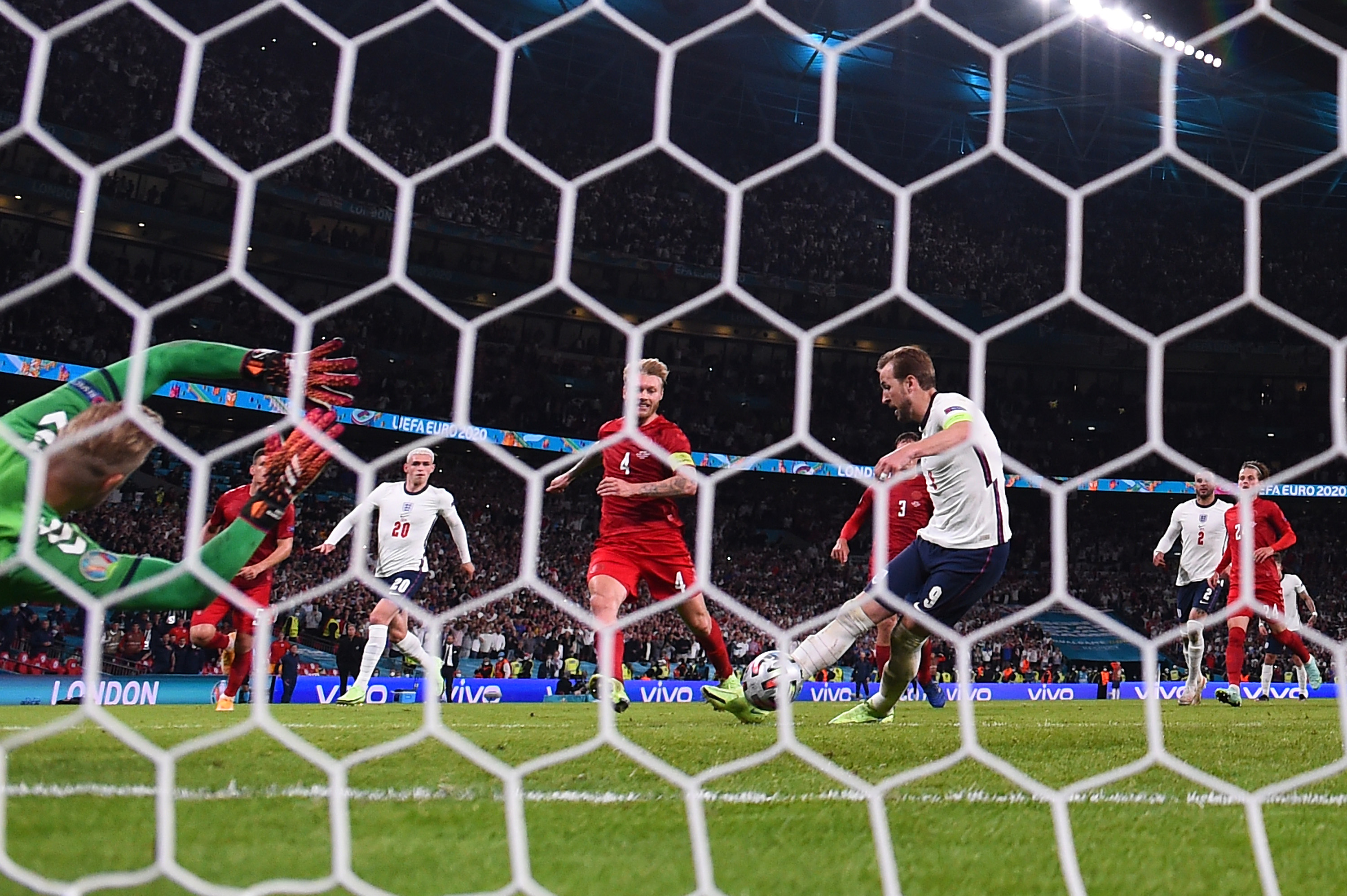