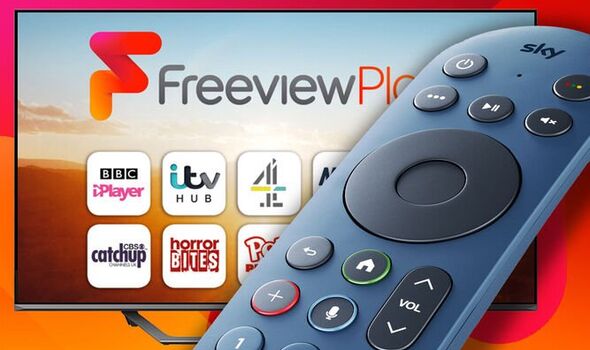 Freeview is already used in over 10 UK million homes and that number could be about to rise. As the cost of living crisis begins to bite, Freeview has posted an update that suggests switching to its service and turning off premium platforms such as Sky, Virgin, Netflix and Disney+ could save homes around £60 per month – that’s over £700 per year.

It’s already been reported that record numbers of UK homes are turning off paid TV services with Netflix alone losing around 1.5million subscribers since the start of the year. The streaming service is clearly so worried about its user numbers it’s even announced the launch of a cheaper option that will show adverts to help reduce the monthly subscription fee.

Although Freeview doesn’t feature the very latest Hollywood blockbusters, exclusive boxsets or live Premier League action it still has plenty of content that can all be watched without paying a penny for the privilege.

For example, along with all the usual live channels such as ITV, BBC and Channel 4, there are also over 30,000 hours of on-demand content and over 700 boxsets, including the likes of Peaky Blinders, Trigger Point and The Vampire Diaries via Freeview’s online Play platform.

Anyone with a recent internet-connected TV from firms such as Samsung, LG, Sony and Hisense should find that Freeview Play app pre-installed which can be used without signing up for a monthly subscription plan.

Just like Sky Go, there’s even a free mobile app that provides instant access to many of the most watched TV shows. Freeview says this mobile service is currently used by over 2.5 million viewers with that number growing.

If you’re fed up with paying too much for TV then Freeview is definitely worth considering although it doesn’t offer quite the same user experience as platforms such as the award-winning Sky Q box.

Sky is clearly aware that customers might be considering other options with the satellite TV provider recently revealing some big incentives to sign up for its services.

One option even includes full access to all of those Freeview channels plus speedy broadband for just £30 per month. This plan is also fixed for 18 months meaning things won’t rise if the firm decides to hike prices next month.

Those signing up will be treated to a Sky Q box which offers the ability to record numerous shows at once and find content via voice search.

Want to know more about this deal? You can find full details here

Sky has launched an unmissable bargain offering its award-winning Sky Q box and broadband at a low price. For a limited time, Sky will freeze your monthly bills for the next 18-months, so you’re guaranteed to avoid any price rises throughout 2023!