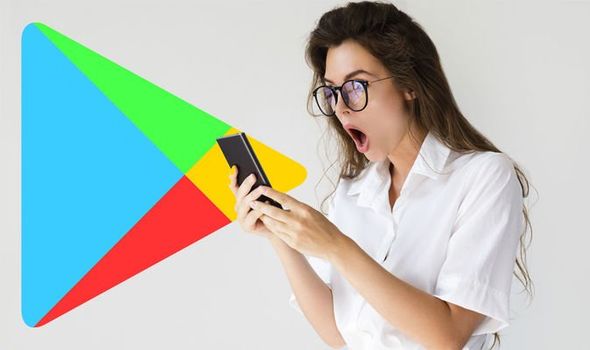 In the first half of this year almost 115,000 Android apps have been removed from the Google Play Store. Between January and April over 58,000 Android apps were delisted from this online marketplace, while in May alone 65,000 app listings vanished. This huge spike in the number of Android apps being delisted came after new app rules were enforced.

The total number of Android apps on the Google Play Store now stands at its lowest figure since 2018, according to Android Authority.

However, if you’re wondering why Google is purging so many applications from the Play Store then don’t worry, there’s a good reason.

Swathes have been removed from the official Android app marketplace due to new rules that have been put in place.

The new rules for the Play Store in 2021 are meant to clampdown on apps that have misleading names or images.

The stats revealing how many apps have fallen foul of the Play Store guidelines were highlighted by SafeBettingSites.

The firm said it used stats from App Annie, AppBrain, Statista and Google itself to reveal the full scale of the Play Store app cull.

In a post online, SafeBettingSites said this is all part of a quality control drive on the Google Play Store.

The site said: “Over the years, the number of available apps in the Google Play Store has exploded. In July 2014, Android users could choose between 1.3 million apps. By March 2018, this figure almost tripled and hit an all-time high of 3.6 million. After a significant drop to 2.8 million in the next six months, the number of apps continued rising and hit over 3 million again by September 2020.

“However, to ensure the quality and trustworthiness of the apps within its app market, Google has released a series of policies to regulate app developers. As a result, thousands of low-quality and policy-violating apps have been removed by Google Play periodically.”

Under the new Google Play Store rules, app titles have to be limited to 30 characters and titles can’t be embellished by offering promotional claims.

Emojis and unnecessary caps are also banned while app listings can’t have rankings added to text or appearing in the app image.

Google said apps that fail to meet these rules won’t be allowed on the Play Store.

These new Play Store policies were introduced earlier this year in April. Explaining their decision at the time, Google said: “When Google Play launched in 2008, it was easy for developers to get noticed with only a few hundred apps and games live on the Play Store. Fast forward to today, there are now millions of apps and games available to audiences in over 190 countries. The unique assets you provide to the Store – images, video, descriptions, even your app name itself – are essential to users making a decision on what to download.

“Google Play is increasingly showing more of your assets front and centre, surfacing graphic assets and descriptions right on Apps and Games home. To ensure that your store listing assets can help users anticipate your in-app or in-game experience and drive meaningful downloads, we are: Pre-announcing a policy change for app metadata. Introducing new guidelines on Store listing preview assets”.