After endless months of rumours and speculation, the new Samsung Galaxy S20 has finally been revealed. This latest flagship was shown to the world during Samsung’s Unpacked event in San Francisco and it arrives with plenty of upgrades over its older S10 sibling.

Although Samsung hasn’t tinkered much with the overall design (from the front, you could be forgiven for mistaking this for the last year’s Galaxy S10), there’s plenty to talk about including a much faster 120Hz display which is now squeezed neatly inside the metal frame of this device.

This stunning display technology means scrolling through content and playing the latest blockbuster games will feel silky smooth with Samsung now one of the only firms to offer such a speedy screen. The display has also been pushed much closer to the edge of the case meaning there’s only a minute bezel visible at the top and bottom.

And Samsung is making sure that all viewing tastes are catered for with the S20 arriving in three sizes. The standard model gets a 6.2-inch screen, then there’s an S20+ which packs a 6.7-inch display and the most premium S20 Ultra features a giant 6.9-inch screen – you can read more about the Ultra here. 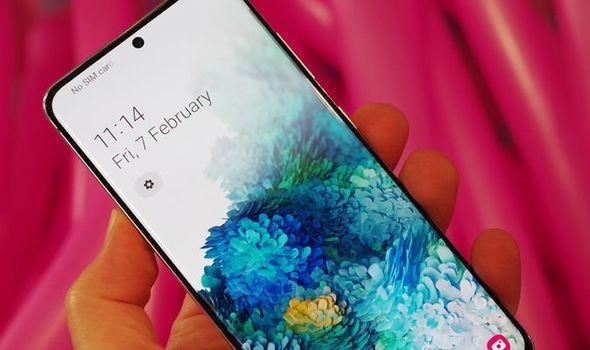 Spin the new S20 around and you’ll notice some subtle differences on the rear case.

Rather than the cameras being placed in a horizontal line across its back panel, the S20 and S20+ both feature a vertical set-up.

Samsung is boasting that its Galaxy S20 series introduces a brand-new camera architecture that combines AI with its largest image sensor yet for stunning image quality.

The S20 gets a triple rear camera which includes a primary, ultra-wide angle and a telephoto lens – the S20+ includes the same technology but also adds a time-of-flight (ToF) sensor which offers improved depth of field and the ability to change the background blur of your photos.

One added bonus of both of these devices is something called Space Zoom which now offers three times optical and up to 30 times digital zoom. This should help you get much closer to the action and a feature called Single Take lets you stay in the moment, while you capture the moment.

Thanks to its AI camera technologies, the Galaxy S20 can capture a number of photos and videos, such as Live focus, cropped, Ultra Wide and more that captures your moment the best. 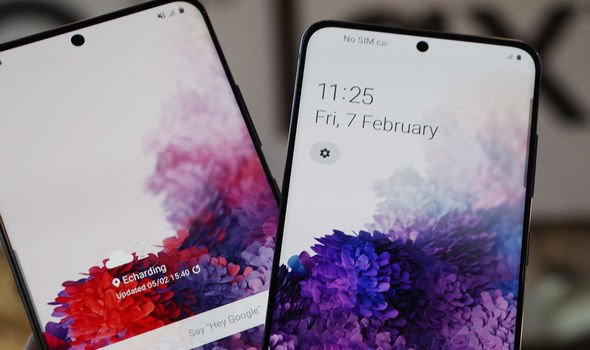 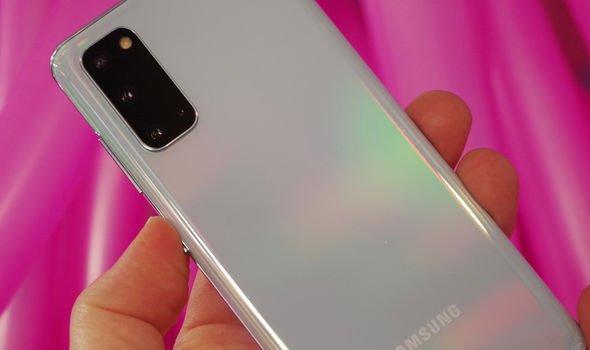 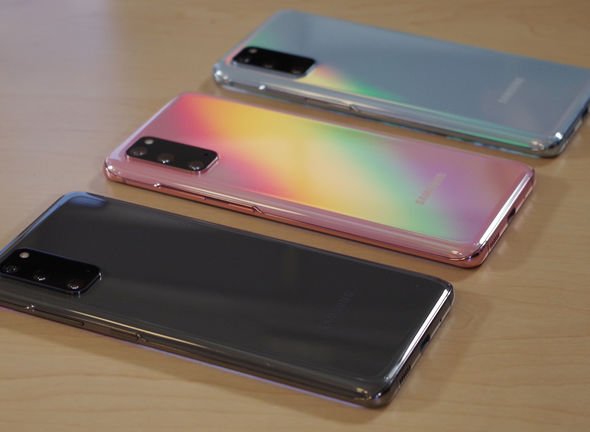 Heading under the hood you’ll discover bigger batteries (4,000mAh on the S20 and 4,500mAh on the S20+) which can now be wirelessly refilled at faster speeds.

There’s also a 7nm 64-bit octa-core processor (presumed to be Samsung’s in-house Exynos 990 processor but unconfirmed at the time of writing) and all models can now be purchased with 5G network technology allowing them to access downloads at much more rapid rate.

This is first time Samsung has launched all of its Galaxy S phones with 5G and it could be a very welcomed addition with more places across the UK now getting this tech.

Other features on these devices includes an embedded ultrasonic fingerprint which is hidden under the screen, facial recognition and a water resistant design which should help it withstand the British weather. 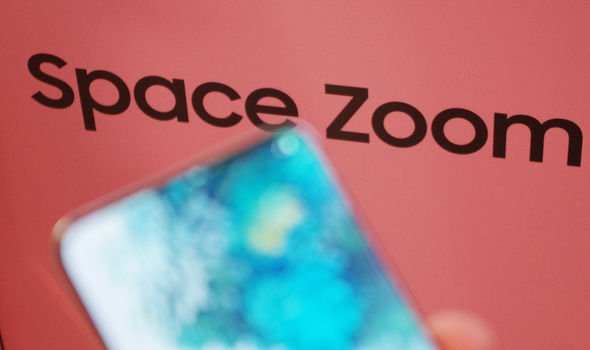 The S20 and S20+ can be configured with up to 12GB of RAM however, the smaller phone only comes with 128GB of storage.

If you opt for the larger S20+ you can get 512GB of internal storage although all phones are able to boost this memory to 1TB thanks to microSD card support.

Full UK pricing will be announced soon but the in US costs are as follows.

All devices will be in stores from March 6 with Cosmic Grey, Cloud Blue, Cloud Pink all available at launch.

Fans that choose to pre-order the S20 range will also be treated to a new pair of Galaxy Buds+ which now offer 11 hours of life on a single charge. 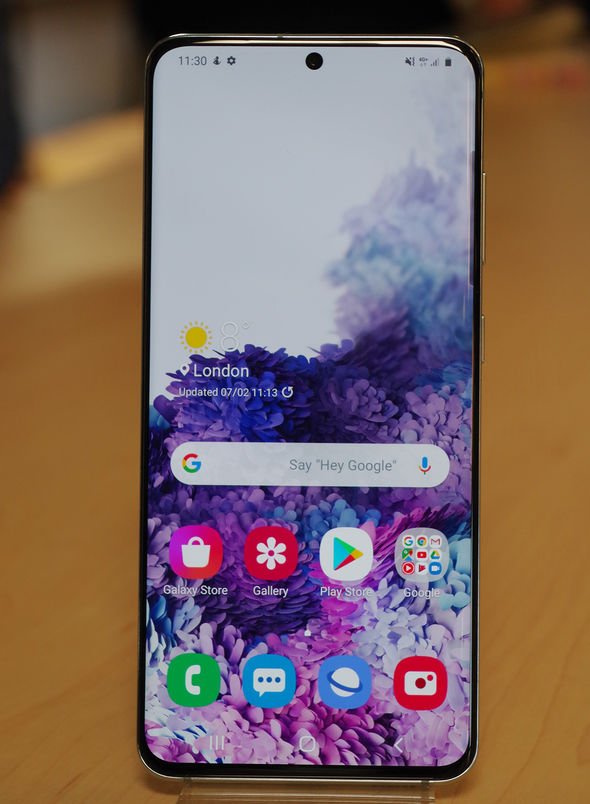 Speaking about the devices, Dr. TM Roh, President and Head of Mobile Communications Business, Samsung Electronics,said: “As we enter this new decade, 5G will completely change how we communicate and how we experience the world around us.

“As all three Galaxy S20 variants come with 5G connectivity, Samsung is providing a next-generation device for transforming people’s lives. With an incredible, AI powered camera, you can capture the moments as they happen and connect more seamlessly with the people you love.”